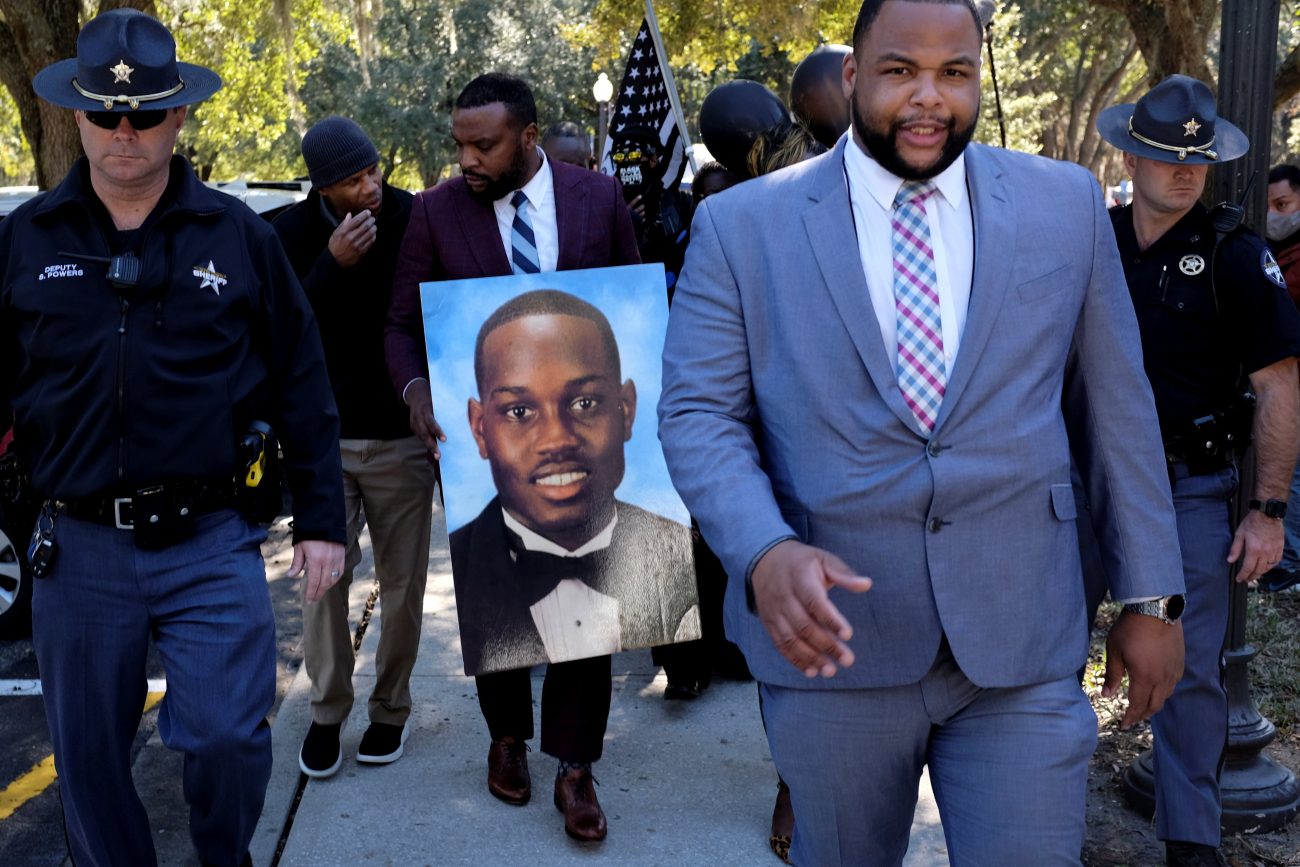 ATLANTA (CNS) — Archbishop Gregory J. Hartmayer said the verdict convicting three white men for the 2020 murder of 25-year-old Ahmaud Arbery “does not bring him back. It does not bridge the racial divide in our community. It does not bring to an end the sin of racism, but it does advance the work toward justice.”

“Let us use this moment to rededicate ourselves to the intentional, difficult and uncomfortable work of naming and eradicating systemic racism,” the Atlanta archbishop said in a statement Nov. 24, shortly after a jury found Travis McMichael, Gregory McMichael and William “Roddie” Bryan Jr. guilty on multiple counts of murder.

“We continue to lift up the Arbery family in prayer as we join with countless others in grieving Ahmaud Arbery’s death. The violent loss of life is a wound in our community — one that does not heal easily,” the archbishop said.

“We still have plenty of work to do in America to live up to the ideals of justice and equality that we say we represent,” he added. “Let us use this moment to rededicate ourselves to the intentional, difficult and uncomfortable work of naming and eradicating systemic racism.”

Archbishop Hartmayer said people must see everyone as a child of God.

“We are called to acknowledge and root out racism in our neighborhoods, schools, workplaces and yes, even our churches. I hope you will join me in prayer, peace and restorative works of justice in this cause of respecting the human dignity of all,” he said.

Arbery was jogging through a neighborhood in Glynn County, Georgia, Feb. 23, 2020, when the McMichaels pursued him in a pickup truck; Bryan later joined with his truck. Travis McMichael approached Arbery with a shotgun and, after a brief struggle, fatally shot him. 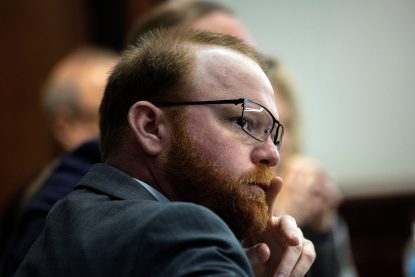 Defendant Travis McMichael is seen during his trial at the Glynn County Courthouse in Brunswick, Ga., Nov. 24, 2021, for the February 2020 death of 25-year-old Ahmaud Arbery. The jury found him guilty of malice murder, four counts of felony murder, two counts of aggravated assault, one count of false imprisonment and one count of criminal attempt to commit a felony. (CNS photo/Stephen B. Morton, Pool via Reuters)

All men were convicted of additional charges, and prosecutors have indicated they intend to seek life in prison without parole.

The three men also face federal charges in a trial expected to begin in next year.

After the verdict, Joan F. Neal, deputy executive director of the Catholic social justice lobby Network, said: “These guilty verdicts show how the criminal legal system can and should work, but are no substitute for Ahmaud Arbery’s life.”

NEXT: Church not as committed to economic pastoral 35 years later, say panelists