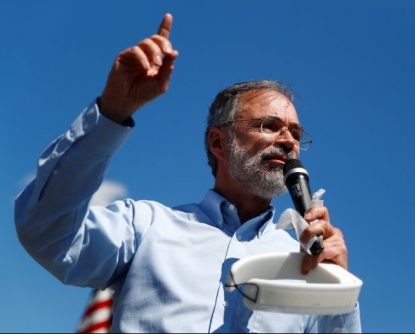 It would amend the Public Health Service Act to prohibit government discrimination against health care providers who, on serious moral or religious grounds, strongly object to participating in medical procedures, namely abortion.

Harris, a Catholic physician, reintroduced the measure Nov. 19 and is one of 100 Republican lawmakers who support the bill.

According to Harris, the bill is needed because of various actions by the Biden administration, including its dismissal earlier this year of a government suit against a Vermont hospital for violating nurses’ objections, on morals ground, to participating in abortion.

Harris said in a statement that, earlier this year, Health and Human Services Secretary Xavier Becerra, who also is a Catholic, had made a commitment to him and U.S. Rep. Congressman Tom Cole, R-Okla., as members of the House Appropriations Committee, that “he would ensure the protection of the legal rights of conscience for providers — but sadly this has not occurred.”

To illustrate his point, Harris described how the Department of Justice in July “mysteriously dropped a lawsuit initially filed in 2020 against the University of Vermont Medical Center after they were found to have violated existing conscience statute on multiple occasions.”

Under the Trump administration, the Justice Department filed suit against the medical center in December 2020, after the HHS Office for Civil Rights found that it had forced a nurse to participate in an elective abortion.

Specifically, the investigation by HHS revealed that the Vermont hospital had scheduled approximately 10 nurses with registered conscience objections to assist with nearly 20 abortion procedures, “in clear violation of existing law.”

Lawyers for the U.S. as the plaintiff cited the Church Amendment to 1973’s Public Health Service Act, which declared that hospitals or individuals’ receipt of federal funds in various health programs did not require them to participate in abortion and sterilization procedures, and forbade hospitals to make willingness or unwillingness to perform these procedures a condition of employment.

In an August letter to U.S. Attorney General Merrick Garland and Becerra, 84 House members — led by Harris and two other co-chairs of the House Congressional Pro-Life Caucus — called the suit’s dismissal “a profound miscarriage of justice.”

They expressed deep concern over the Biden administration’s “coordinated decision to seek a voluntary dismissal in the lawsuit against the University of Vermont Medical Center for knowingly, willfully and repeatedly violating federal conscience-protection laws.”

The chairmen of the U.S. bishops’ religious liberty and pro-life committees also issued a statement at the time saying the Justice Department was “acting in dereliction of its duty to enforce the plain meaning of federal law” by voluntarily dismissing the lawsuit.

In early November, Becerra sent congressional lawmakers a letter saying that while this lawsuit was dismissed, HHS would continue to investigate the matter. “HHS remains committed to the enforcement of all its legal authorities, including statutes which protect the exercise of conscience and religious freedom,” he said.

In reintroducing the conscience bill, Harris said, “Defending the conscience rights of health care providers should be of great interest to all Americans and is of grave importance to me as a physician, especially in light of recent failures to do so by the Biden administration.”

Archbishop Lori said that “it is hard to imagine a more blatant civil rights violation than being forced to abandon your beliefs and take part in ending an innocent human life.”

“HHS found that the University of Vermont Medical Center forced a nurse, against her known religious beliefs, to do just that. This is not only fundamentally wrong, but a direct violation of federal law. Yet the Department of Justice voluntarily dismissed the case against UVMC,” he said in a statement in response to Harris’ bill.

“We have said before that the need for the Conscience Protection Act cannot be questioned. The need is more vital now than ever,” Archbishop Lori said. “The Department of Justice is clearly signaling that conscience rights violations in health care can be violated with impunity.

The U.S. bishops “call on Congress to stand up for the basic dignity of our nation’s health care workers and pass the Conscience Protection Act so that doctors and nurses can defend their own rights in court,” the prelate added.

NEXT: Abuse survivor, advocate for other survivors, dies at 69