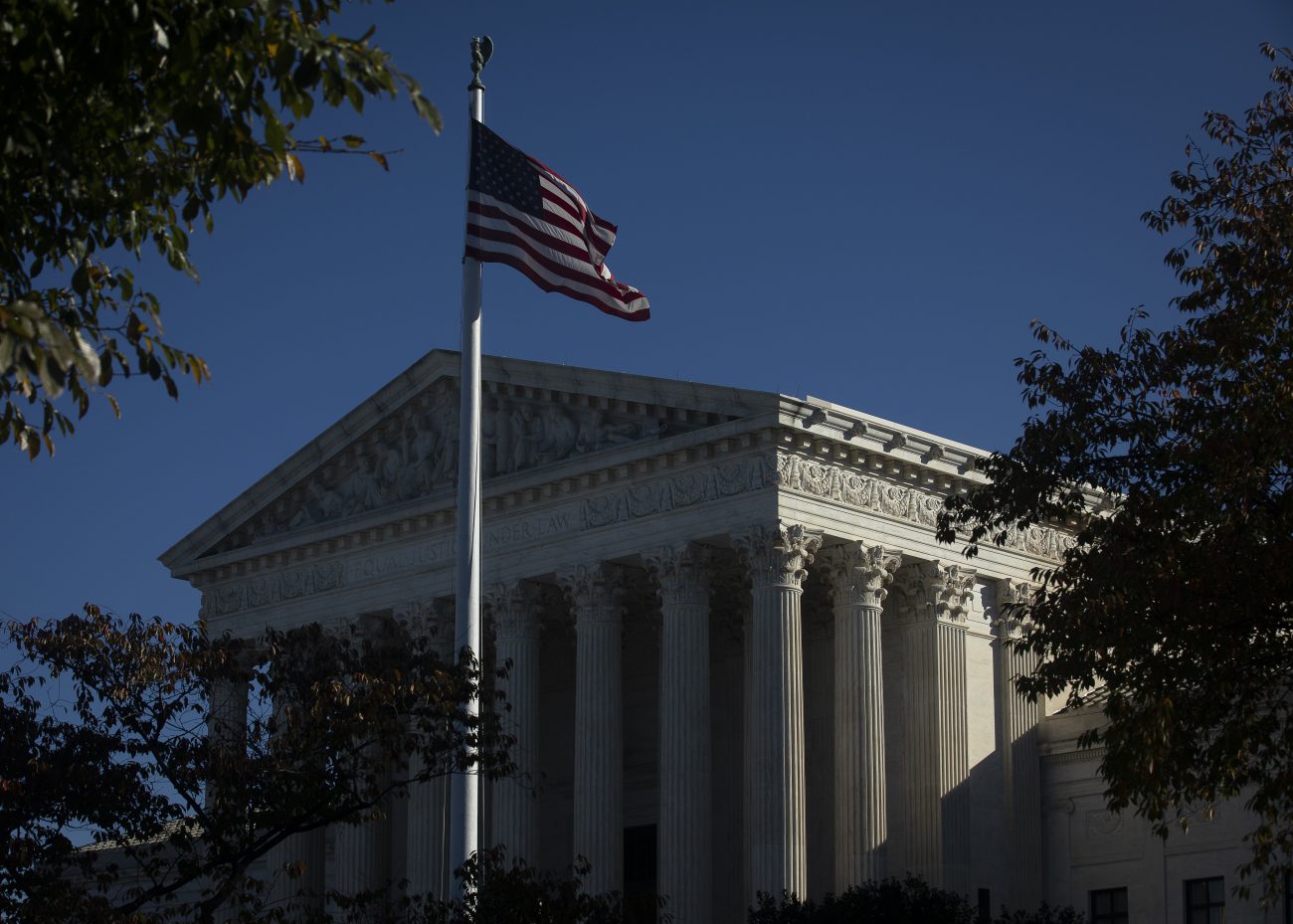 Although the one-sentence order issued Oct. 29 did not give an explanation, justices expressed their views in separate writings.

Justice Neil Gorsuch, in an eight-page dissent joined by Justices Clarence Thomas and Samuel Alito, said that he would have agreed to the request of the state’s health care workers, noting that many other states have religious exemptions in place for health care workers.

He said the firing of workers and shutting down of health care practices for noncompliance with the vaccine mandate is “worthy of our attention” because those seeking a religious exemption are “adhering to their constitutionally protected religious beliefs.”

He also said the state’s refusal to grant religious exemptions “borders on the irrational.”

Justice Amy Coney Barrett, in a short statement of concurrence, joined by Justice Brett Kavanaugh, said the court’s emergency docket was not a suitable place to resolve the workers’ claims.

New York and Rhode Island are the only other states with vaccine mandates for health care workers that do not have religious exemptions and both of these mandates are currently being fought in lower courts.

On Oct. 29, a federal appeals court panel upheld New York’s vaccine mandate for health care workers, rejecting an appeal that the mandate should have a religious exemption.

The COVID-19 vaccine mandate for Maine’s health care workers was announced by the governor Aug. 12 and officials said they would begin enforcing it Oct. 29.

Two lower courts ruled against a group of health care workers who sued the state arguing that they should be granted religious exemptions so the case came to the  Supreme Court seeking emergency relief for these workers.

The nation’s high court has turned away other challenges seeking emergency relief from COVID-19 vaccine mandates including a challenge by students from Indiana University and from public school employees in New York City. Both of these mandates had religious exemptions.

Maine’s health care workers seeking relief from the mandate are represented by Liberty Counsel, a religious liberty law firm based in Florida.

Mat Staver, the firm’s founder and chairman, said in an Oct. 29 statement: “This case is far from over. We will file a petition with the Supreme Court to review the merits of the case after full briefing and argument.”

“While we should ultimately prevail on the merits, the tragedy is that today many health care heroes are being terminated. Since 2019, Maine has suffered from a shortage of health care workers and that shortage will increase as of today. The people who will suffer are not only the health care workers but patients who need care,” he said.

This summer, Mercy Sister Mary Haddad, president of the Catholic Health Association, issued a statement encouraging all health care workers to get vaccinated, saying they would be doing their part to “protect themselves, their co-workers, their patients, their loved ones, and their neighbors.”

She also said the association which supports more than 2,200 Catholic hospitals, health care systems, nursing homes and long-term care facilities across the country, “strongly supports member health systems as they take necessary steps toward ensuring as many health care workers as possible receive the vaccines.”

She told Catholic News Service that some Catholic health systems are now mandating that their employees be vaccinated for COVID-19, while others have said they are awaiting the U.S. Food and Drug Administration’s full approval of the vaccines. Currently the Pfizer vaccine is the only one with full FDA approval for adults.

Most Catholic health systems, at the very least, have encouraged employees to get vaccinated and some are offering incentives for them to do so. Major Catholic health systems — including Ascension, Trinity, Mercy and SSM Health — have been requiring employees to be vaccinated for COVID-19 with various start dates that have been in effect from late August to early November.

The policy applies to workers and volunteers and in some cases, vendors. Other major health systems in the U.S., including Kaiser Permanente, Banner Health, Atrium Health and the Veterans Health Administration, similarly announced mandatory COVID-19 vaccination policies.

These policies, as well as those for Catholic health systems, include exemptions for medical or religious reasons.

Sister Haddad said Catholic health workers “have to set the example” and should be vaccinated because they are “serving people at a vulnerable time of sickness; the thought that they could infect someone is unconscionable.”

PREVIOUS: Those ‘centered on Eucharist’ always have sense of gratitude, says cardinal

NEXT: Cardinal: Protecting human life at all stages is more important than ever