Divided court considers role of chaplains in the execution chamber 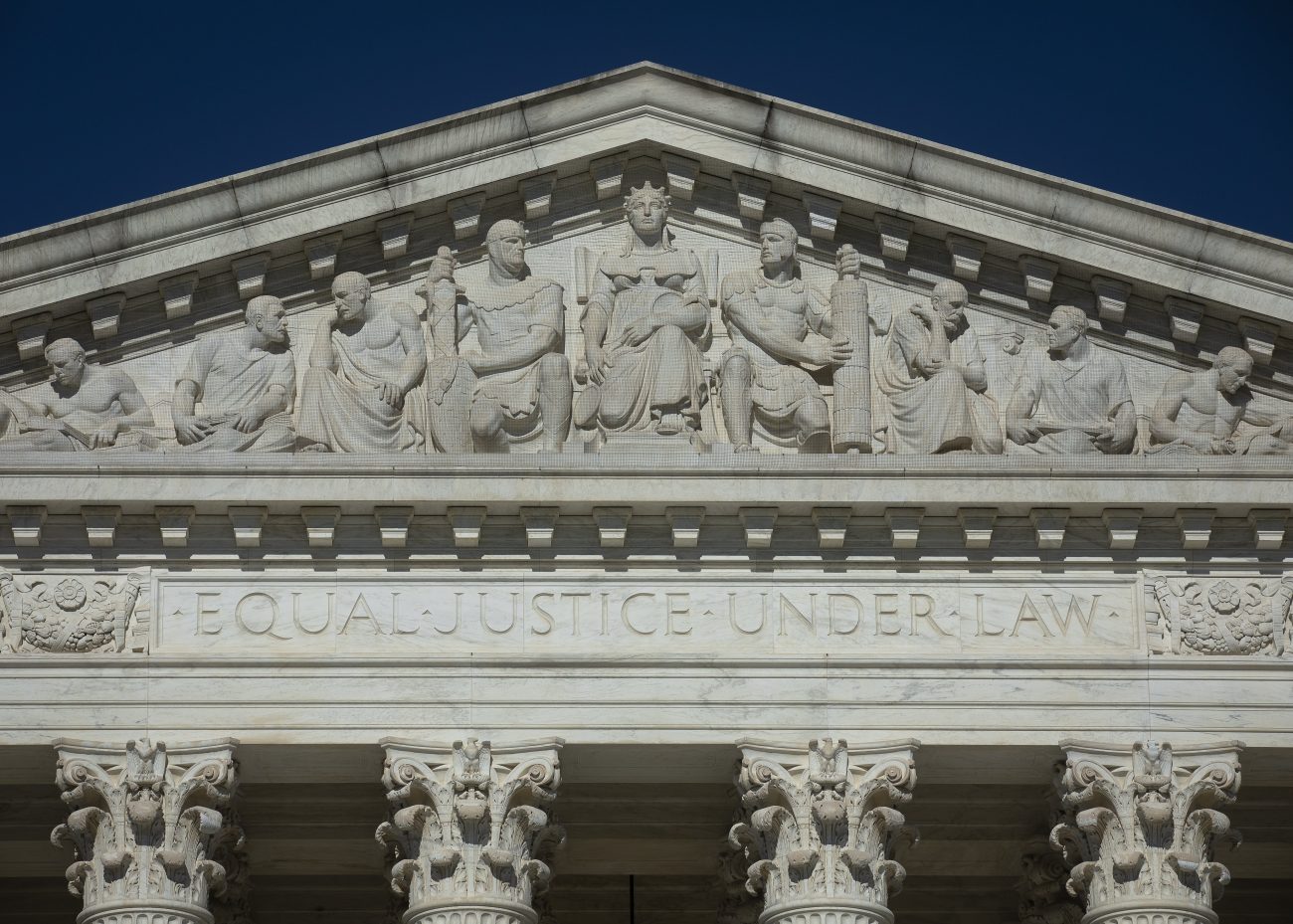 The U.S. Supreme Court in Washington is seen June 24, 2021. The court heard oral arguments Nov. 9 in a case about whether chaplains being should be able to place hands in prayer on death-row inmates during executions. (CNS photo/Tyler Orsburn)

WASHINGTON (CNS) — The Supreme Court’s consideration of spiritual advisers praying aloud with death-row inmates or placing hands on them in prayer during executions faced an uphill battle Nov. 9 as some of the justices questioned if this would open up other requests or could impose a safety risk.

“This suggests we can look forward to an unending stream of variations,” said Justice Samuel Alito, noting that last-minute pleas for stays of execution already come to the court frequently and that if the court granted this request, it could open the floodgates for others.

Justice Brett Kavanaugh, along that same line, noted that if one state allows a certain action in the execution chamber, wouldn’t inmates in other states request the same treatment?

Kavanaugh also indicated during the nearly two hours of arguments that the state had a compelling interest in providing the least possible risk in the execution chamber, but Justice Amy Coney Barrett questioned whether there could ever be a situation completely without any risk in a prison.

The case before the court involved John Ramirez, 37, who was sentenced to death for the murder of a convenience store clerk in 2004.

He had asked that his Southern Baptist pastor be able to lay hands on him and pray aloud with him during his execution. When the Texas prison system rejected this, Ramirez challenged it in court, saying the state was violating his religious beliefs.

The lower courts sided with the state, saying the prison system has a compelling interest to keep executions safe and orderly.

Just hours before his scheduled execution in early September of this year, the Supreme Court stopped it and agreed to hear his case.

Texas also has had variations on the presence and role of spiritual advisers in the execution chamber, which Justice Stephen Breyer mentioned.

A specific law at issue in this case is the Religious Land Use and Institutionalized Persons Act, or RLUIPA, passed by Congress in 2000.

Justice Sonia Sotomayor reminded the attorneys arguing against the inmate’s request that “prisons have to work in good faith to accommodate” prisoners’ spiritual needs.

Chief Justice John Roberts more than once asked the hypothetical question of what if an inmate said he wanted to convert to another faith prior to execution and the process would take three months, what would the prison system do then?

Eric Feigin, assistant to the federal solicitor general, said prisons would have to determine the sincerity of the inmate’s request.

That issue came up repeatedly when justices questioned whether inmates’ religious accommodation requests were always sincere or if they were possibly trying to “game the system” by various appeals.

Seth Kretzer, Ramirez’s attorney, noted that his client was not trying to game the system, and he also pointed out on the safety issue that chaplains have never caused the disruption of an execution.

Several spiritual advisers from different faith traditions joined an amicus brief in the Ramirez case filed by the American Civil Liberties Union. The brief cited two women religious and a priest, along with a Muslim, Buddhist and Unitarian Universalist.

Sister Helen Prejean, a Sister of St. Joseph of Medaille, who is a longtime opponent of the death penalty, is part of this brief, joined by Sister Barbara Battista, a Sister of Providence of St. Mary of the Woods in Indiana, and Benedictine Father Mark O’Keefe.

These faith leaders said their presence during executions is “critical to respecting the dignity and religious freedom rights of the prisoner” and that prohibiting them from praying aloud or placing hands on a prisoner during an execution “is not necessary from a security standpoint.”

The brief notes that spiritual advisers saw their role as “not simply to stand by mutely, but to minister to the prisoner as he meets death, providing spiritual comfort and a final opportunity for the individual to engage with his faith at the most critical time.”

The U.S. Conference of Catholic Bishops filed an amicus brief in this case joined by the Texas Catholic Conference that said the role of spiritual advisers to prisoners “is of particularly grave importance at the moment of death.”

Such guidance, the brief said, is “constitutionally protected from government interference.”

The bishops said for the state to allow Ramirez spiritual assistance does not “render his execution a just act” or essentially give a blessing to it, adding that the state “should act with justice by sparing Ramirez’s life. If it will not, it should allow him to seek the mercy of God at the moment of his death.”

Prior to the arguments, John Meiser, supervising attorney of Notre Dame Law School’s Religious Liberty Clinic, said it is “difficult to see in Texas’ newest policy anything other than callousness toward those it has condemned to die.”

He said the state’s revision of policies for spiritual advisers in the execution chamber currently allows “a bare minimum of religious exercise.” He wondered why there was “such reluctance to accommodate these simple requests” especially since the state has “consistently claimed to be a champion of religious liberty.”

As he sees it: The fight for religious liberty in Texas “must include the voices of all members of its community.”

NEXT: Priest-chaplain in U.S. Army feels called to serve God and country