Chinese bishop taken by authorities for ‘tourism’ returns to diocese 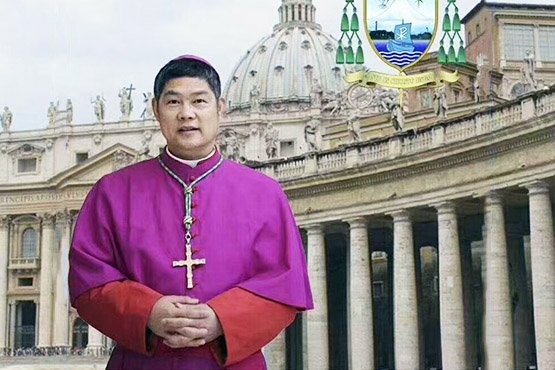 Bishop Peter Shao Zhumin of Wenzhou, who was allegedly kidnapped by authorities in late October, has returned to his diocese, reported ucanews.com. He is pictured in an undated photo. (CNS photo/courtesy UCAN) Editors: Web use only, best quality available.

HONG KONG (CNS) — A Chinese bishop who was allegedly kidnapped by authorities in late October has returned to his diocese, media reports say.

Ucanews.com reported Bishop Peter Shao Zhumin of Wenzhou has resurfaced, with church officials and the faithful offering thanksgiving prayers for his return.

It is still unknown when the 58-year-old bishop was released following his arrest Oct. 25. The authorities reportedly said the bishop was taken for “tourism.”

Bishop Shao, ordained with a papal mandate as a coadjutor bishop in 2011, fell out of favor with the government as his appointment was not approved by the state-sanctioned Bishops’ Conference of the Catholic Church in China and the Chinese Catholic Patriotic Association.

His refusal to join and collaborate with state-run bodies led to a series of arrests and detentions. Before this detention, he had been arrested six times, including for seven months in 2017.

The whereabouts of Bishop Joseph Zhang Weizhu of Xinxiang remain unknown, ucanews.com reported. Bishop Zhang was arrested in May with 10 priests and an unspecified number of seminarians.

In China, the arrest and detention of Catholic bishops who defy the communist regime are common. Such arrests are usually carried out ahead of important church events and feast days, such as All Souls’ Day in the case of Bishop Shao, observers say.

Media reports claimed the authorities in Wenzhou installed iron barriers and blocked entry to the Catholic cemetery to restrict local Christians from attending prayers and paying respect to the dead.

For decades, the governance of the Catholic Church in China had been a major bone of contention between the Vatican and the Chinese Communist Party. In 2018, the Vatican signed a secretive deal with China to end the discord over bishop appointments. Initially signed for two years, the deal was renewed in October 2020.

Under the deal, six bishops have been ordained and the Vatican has approved seven Beijing-appointed bishops.

Despite the agreement, Chinese authorities continued to persecute Christians, particularly after the Communist Party adopted new regulations on religious affairs in May 2018. The regulations require all religious groups, organizations and clergy to be approved by the state and get permits to carry out their activities.