At COP26, Vatican delegation calls for solidarity with poorer nations 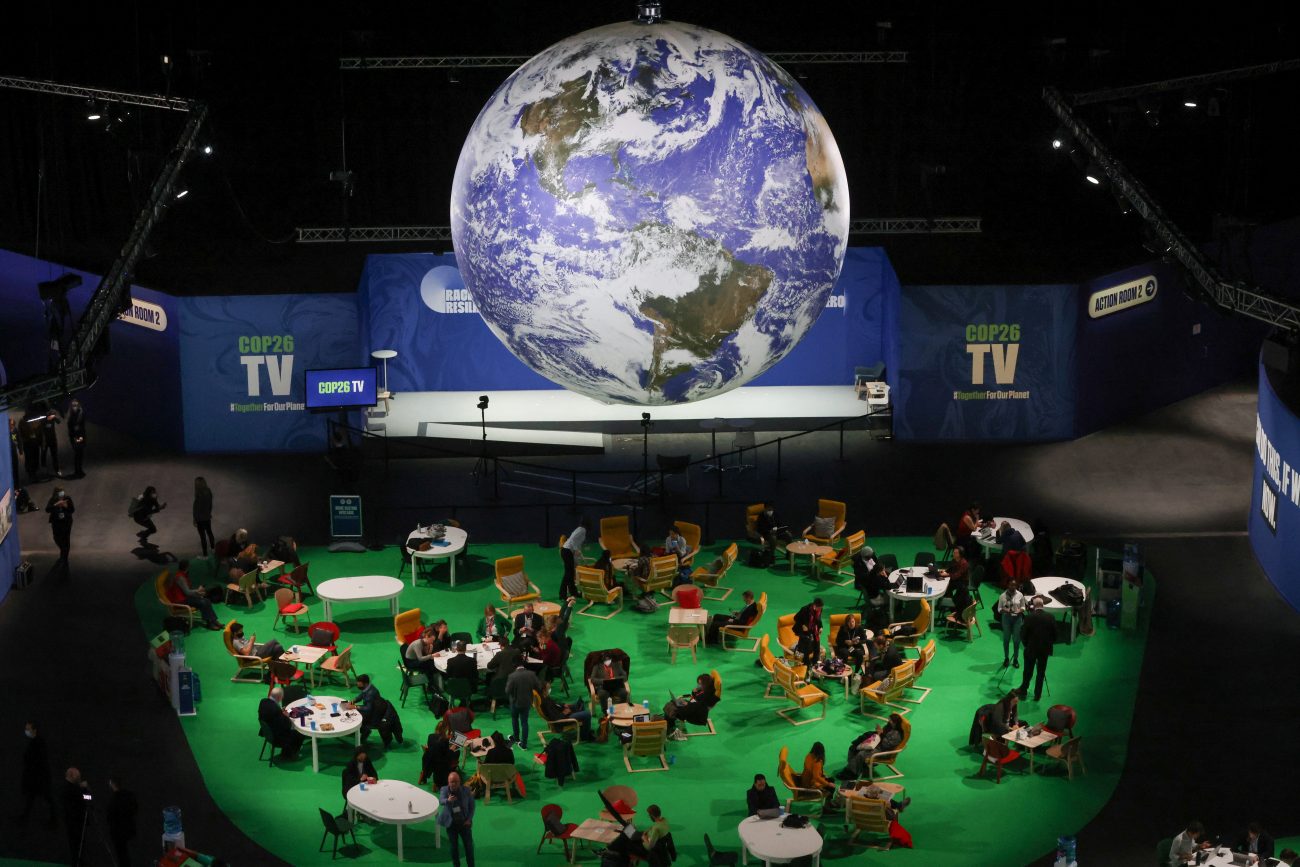 People attend the U.N. Climate Change Conference in Glasgow, Scotland, Nov. 12, 2021. As the conference was nearing its final day, the Vatican delegation urged parties to deliver on the financing, resources and standards needed to achieve the objectives of the Paris Agreement. (CNS photo/Yves Herman, Reuters)

VATICAN CITY (CNS) — As the U.N. Climate Change Conference was nearing its final day, the Vatican delegation urged parties to deliver on the financing, resources and standards needed to achieve the objectives of the Paris Agreement.

“The ambitious commitments made by states to limit the rise of the global average temperature to 1.5 degrees Celsius above pre-industrial levels and to provide the needed financial resources to do so are promising and indeed essential for the survival of the most vulnerable communities,” the Vatican delegation said in its statement delivered Nov. 11.

“The Holy See delegation appreciates the commitments that states have made in their pledges. While there is more to be done, it is important to be proactive in finding effective ways to implement the pledges made,” it said during the COP26 conference being held Oct. 31-Nov. 12 in Glasgow, Scotland.

One draft of the COP26 agreement published early Nov. 12 noted “with concern that the current provision of climate finance for adaptation remains insufficient to respond to worsening climate change impacts in developing country parties.”

The draft urged developed nations “to urgently and significantly scale up their provision of climate finance, technology transfer and capacity-building for adaptation so as to respond to the needs of developing country parties.”

The draft also noted “with deep regret that the goal of developed country parties to mobilize jointly $100 billion per year by 2020 in the context of meaningful mitigation actions and transparency on implementation has not yet been met.”

This need to finance climate change mitigation and adaptation, particularly for poorer or more vulnerable nations, was a major concern for the Vatican delegation.

“During these two weeks, various ‘gaps’ have emerged in the fields of mitigation, adaptation and financing,” which are fundamental for achieving the objectives of the Paris Agreement, the delegation said in its Nov. 11 statement.

The needed resources must be made available and the delegation “hopes that COP26 can reach an agreement on a clear road map to close these gaps soon, with developed countries taking the lead.”

“The issue of loss and damage is particularly critical to those communities that are most vulnerable to climate change,” it said, adding that “Pope Francis has clearly emphasized the ecological debt and the solidarity that industrialized countries owe to the poor.”

“The Holy See delegation hopes that the final decisions of this conference may be inspired by a genuine sense of responsibility toward present and future generations, as well as the care of our common home, and that these decisions may truly respond to the cry of the earth and the cry of the poor,” it said, repeating the pope’s recent appeal in a letter to the Catholics of Scotland, “Time is running out: This occasion must not be wasted.” 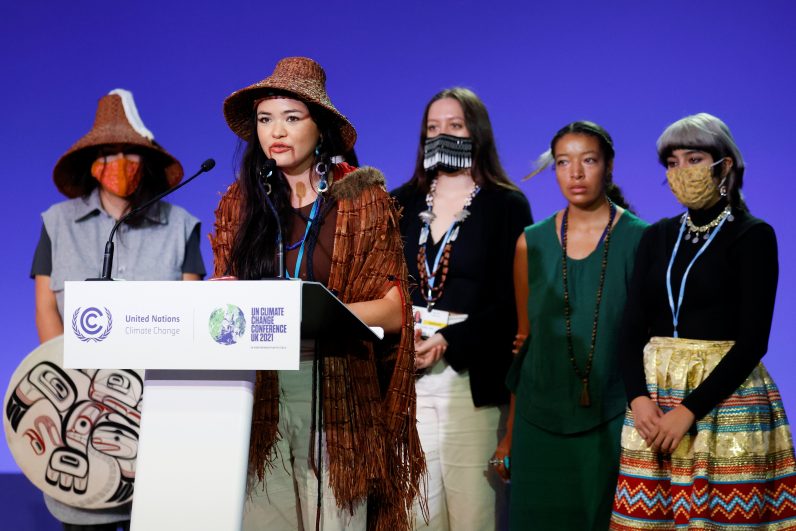 Members of a delegation representing Indigenous communities speak during the U.N. Climate Change Conference in Glasgow, Scotland, Nov. 12, 2021. As the conference was nearing its final day, the Vatican delegation urged parties to deliver on the financing, resources and standards needed to achieve the objectives of the Paris Agreement. (CNS photo/Phil Noble, Reuters)

NEXT: Chinese bishop taken by authorities for ‘tourism’ returns to diocese