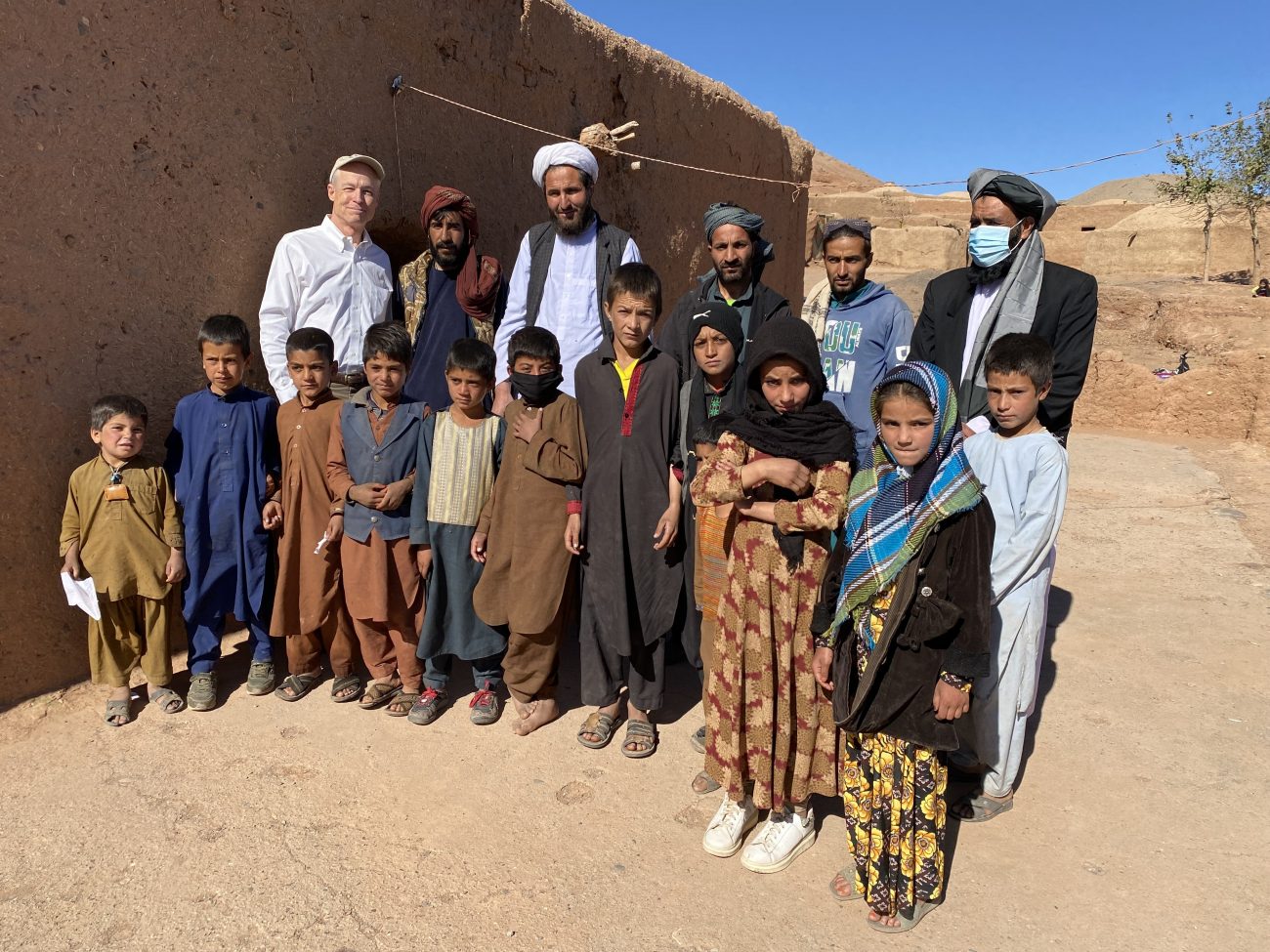 “It was not apparent to people because there was so much focus on the political and military crisis. Now that has calmed, you are seeing the United Nations and the rest of world waking up to this enormous climate phenomenon, drought and hunger,” Hartigan told Catholic News Service by Zoom from Herat, Afghanistan.

The lack of rain has compounded Afghanistan’s problems.

Hartigan cited a U.N. report saying that some 2 million Afghans are experiencing hunger, the risk of food deficit, and potential famine-like conditions as people enter the winter months.

Hartigan met with farmers in the rural steppe area of Adraskan, in the west, bordering Iran, and one of the areas hardest hit by drought. CRS is the only nongovernmental organization working there and few, if any Americans, have been able to visit the area in a decade.

“We rode by empty villages and half-empty villages that have been abandoned, and their former inhabitants are expanding in neighboring cities. They told me that many farmers had tried to get to Iran and Herat seeking work as day laborers. That’s because their crops didn’t germinate last year. They lost a lot of their animals. They are at the end of their resources and options,” Hartigan said.

The farmers are at their wit’s end about how to provide for their families.

A number were expelled from Iran as undocumented workers, Hartigan said. One told him that he worried about his daughters, who had missed the last two years of school with the family’s travails.

“The situation has become so extreme that we are turning to relief for these farming families right now,” Hartigan said. The area is like a “dustbowl, with bone-dry conditions and rivers that dried up.”

“We are at a crucial point now where we are not only coming into the winter, which is the lean season anyway for Afghan farmers because their harvest season would be in the early summer. This is also a planting season in the next two months in Adraskan, and farmers don’t have any resources to plant, like seeds, so the urgent action right now is to distribute cash to as many of these villages and farming families as possible in order to save farms in these rural communities,” Hartigan said.

He added that at this point, this measure may be the only way to stave off further migration, noting that “there has been an enormous migration — tens of thousands of people out of this area — and many have already left.” Elderly farmers told him that they never experienced such severe drought and dry conditions before in their entire lifetimes.

CRS, working with Afghan staff, is supporting some 5,000 families with cash assistance of $230 each and hopes to expand cash distributions to more rural areas.

“They don’t know what to do to keep their farms and stay in their communities. That is why we have got to get this cash assistance out now,” Hartigan emphasized.

“We hope it will be enough for the families … to buy basic foods for their own sustenance,” Hartigan explained, saying that the money could go long way in rural Afghanistan.

“But we have decided with our own private funds to extend it to Adraskan and other parts of the central highlands,” he said. “We are quite desperately looking for more resources because there is a window here to prevent things from getting much worse.”

The CRS program in the west provides education and assistance to rural communities as well as to those displaced, living in camps around Herat, mainly due to the drought.

“Even though the war is finished there, more displaced are coming. We are also helping people cope with the effects of drought and to manage their herds of animals. We aid pastoral families, so they don’t lose all of their animals. We are also trying help people with water management and to plant crops that are more resilient to drought,” Hartigan explained.

Meanwhile, CRS has set up primary schools in the camps for the displaced outside of Herat, with female teachers still able to educate primary school-aged boys and girls, even as the Taliban local authorities are in charge of the area.

“Most of our teachers are female. We have about 750 classes running in the camps and the poor neighborhoods around Herat,” Hartigan said.

“I met with the district education director in Adraskan, who is a member of the Taliban. We are meeting with their education and agricultural people. Some of these people hark back to the previous regime or the Taliban shadow government in the past. This area has been controlled by the Taliban for many years,” Hartigan said, adding that CRS has the respect of these leaders.

“We have very good access, there is no interference in our work. We have our female Afghan staff working in all of our activities, including field work. We are not dealing with political people, but their social services officials,” he added. “I’m sure we were the first Americans visiting Adraskan, some two hours outside of Herat, in more than 10 years.”

“We have to hope that there is going to be rain,” Hartigan said. “We are also working on limited irrigation and water programs” to boost crop production and provide stability to these communities.

“We have to pray that there is rain, and that there are better conditions in the coming year. That is the only hope for the country.” 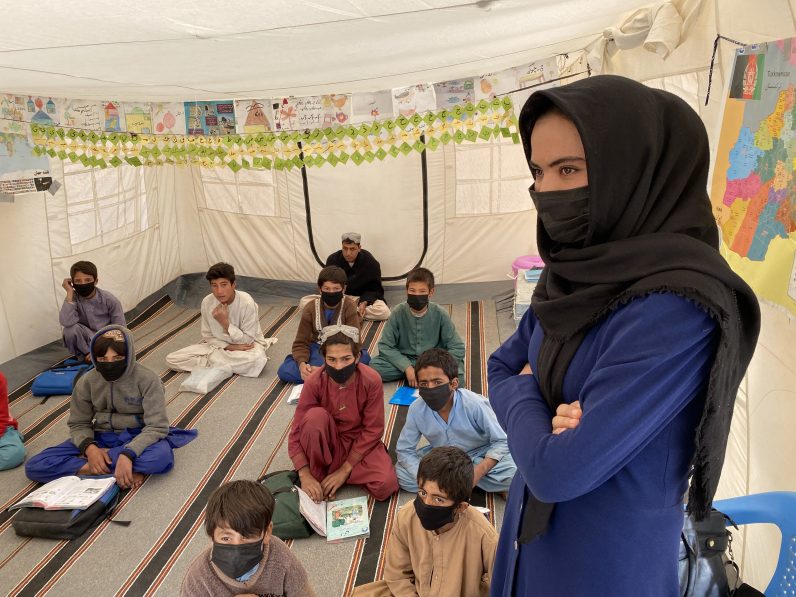 NEXT: Accompany, pray for people with depression, burnout, pope says