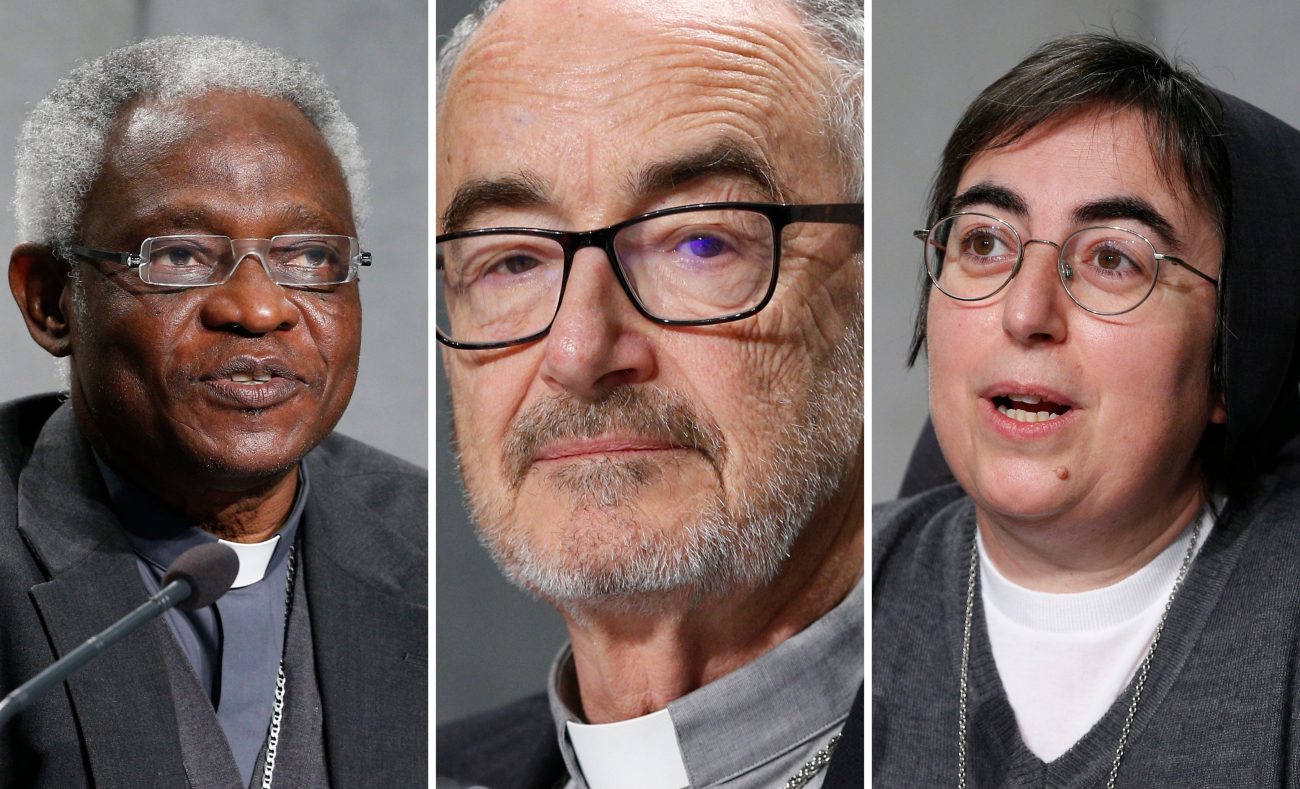 VATICAN CITY (CNS) — Thanking Cardinal Peter Turkson for his five years of service as prefect of the Dicastery for Promoting Integral Human Development, Pope Francis has decided to name new leadership for the office, said a Vatican communique.

Beginning Jan. 1 and for a limited time, Canadian Cardinal Michael Czerny will serve as prefect and Salesian Sister Alessandra Smerilli will continue to serve as interim secretary, Matteo Bruni, director of the Vatican press office, said in a statement Dec. 23.

In August 2016, Pope Francis had announced the formation of the dicastery by merging the former pontifical councils for Justice and Peace, Cor Unum, Migrants and Travelers, and Health Care Ministry.

The dicastery began operations Jan. 1, 2017, under statutes approved for a five-year experimental period. The pope tapped Cardinal Turkson, who had led the Pontifical Council for Justice and Peace since 2009, to lead the office for that five-year period.

With that mandate up, Bruni said, all the “superiors” of the office offered Pope Francis their resignations. Those superiors apparently included Cardinal Czerny and Scalabrinian Father Fabio Baggio, both of whom were undersecretaries of the dicastery’s Migrants and Refugees Section. Bruni did not say if Father Baggio will continue in his role.

Rumors about the dicastery leadership offering the pope their resignations began a week before the Vatican announcement.

Presenting Pope Francis’ message for World Peace Day 2022 at a Vatican news conference Dec. 21, the 73-year-old Cardinal Turkson told reporters, “All assignments, appointments in the Holy See have a five-year limit. And when five years are up, it is expected that we place our mandate back in the hands of the Holy Father and await whether he confirms, reassigns or prolongs the appointment.”

The cardinal, who’d had a private meeting with the pope Dec. 20, did not provide any details about the meeting. All he would tell reporters Dec. 21 was that he was waiting to hear from Pope Francis.

Cardinal Turkson, who was born in Nsuta-Wassaw, Ghana, is the only African currently heading a major Vatican office.

Cardinal Czerny, a 75-year-old Jesuit who was born in the Czech Republic but grew up in Canada, has been one of the two undersecretaries for migrants and refugees since the dicastery was founded. Pope Francis ordained him a bishop and inducted him into the College of Cardinals in 2019.

In March, Pope Francis had named Sister Smerilli, an Italian economist, undersecretary for faith and development at the Dicastery for Promoting Integral Human Development. He named her interim secretary of the dicastery in August after the resignations of Msgr. Bruno-Marie Duffé, secretary, and Argentine Father Augusto Zampini, adjunct secretary.

The change in leadership at the dicastery comes not only at the end of the office’s first five years of existence, it also comes six months after Pope Francis asked Cardinal Blase J. Cupich of Chicago to conduct a visitation of the dicastery “in the context of a normal examination of the activity of the dicasteries, aimed at obtaining an updated understanding on the conditions in which they operate.”

Similar visitations had been conducted of the congregations for Clergy and for Divine Worship and the Sacraments before new prefects were appointed for each.

Cardinal Turkson continues to serve as a member of congregations for the Doctrine of the Faith, Catholic Education, Divine Worship and the Sacraments and the Evangelization of Peoples, as well as the Pontifical Council for Promoting Christian Unity.

The former archbishop of Cape Coast, Ghana, Cardinal Turkson has worked at the Vatican since 2009 when Pope Benedict XVI called him to lead the then-Pontifical Council for Justice and Peace.