Decline in vocations is a call to be humble, pope tells Jesuits 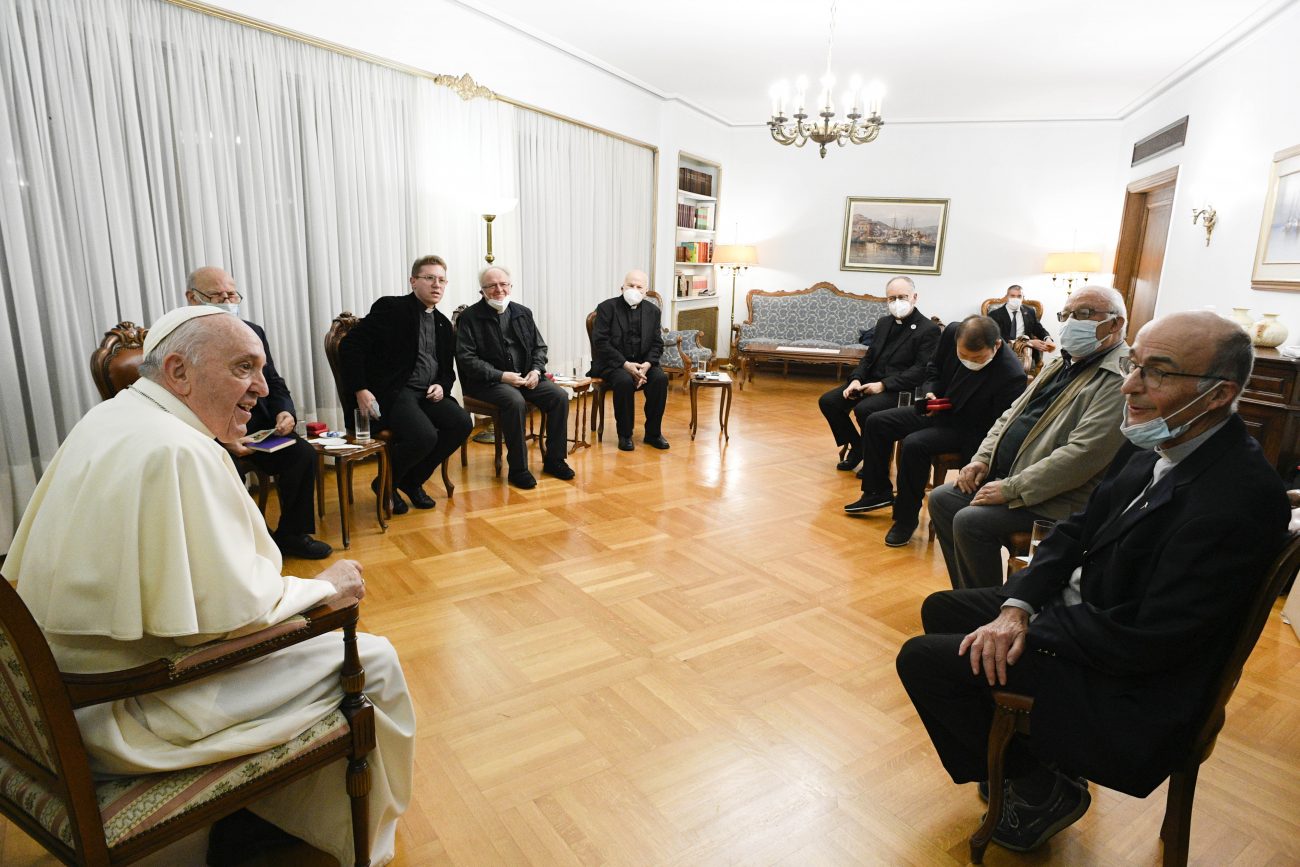 VATICAN CITY (CNS) — The decrease of vocations to religious life, including in the Society of Jesus, is a lesson in humility and a reminder that a calling to religious life depends on God, Pope Francis told Jesuits in Greece.

“The Lord sends the vocations,” the pope told his Jesuit confreres Dec. 4 during a meeting at the apostolic nunciature in Athens.

“If they do not come, it does not depend on us. I believe the Lord is giving us a teaching for religious life. For us, it has meaning in the sense of humiliation,” he said.

As is customary when the pope meets Jesuits during a foreign trip, a transcript of his remarks was released weeks later by the Jesuit journal La Civiltà Cattolica.

According to the text published Dec. 16, Pope Francis had an hourlong conversation with seven members of the Jesuit community.

Jesuit Father Sébastien Freris told the pope about a Jesuit journal that ceased publication due to the lack of members in the community.

The pope said that when he began his novitiate, there were 33,000 Jesuits worldwide. However, now there are “more or less half, and we will continue to diminish in numbers.”

Reflecting on Ignatian spirituality, the pope told the Jesuit community said the humiliation that comes from the decreased vocations is a way of achieving the “third degree of humility.”

In his Spiritual Exercises, St. Ignatius of Loyola describes the third degree of humility as the desire for “poverty, dishonor, and even (to) be a fool for God, since Christ was.”

“The third degree of humility is the goal of the exercises,” Pope Francis said. “What does the Lord mean by this? Humble yourself, humble yourself! I don’t know if I have explained myself. We must get used to humiliation.”

Another priest, Belgian Jesuit Father Tonny Cornoedus, told the pope about his work with refugees and recounted how he had mistakenly been arrested for human trafficking.

“A beautiful humiliation!” the pope replied.

Praising the priest’s tireless work with refugees, Pope Francis said the end of Jesuit’s life should be “full of work, perhaps tired, full of contradictions, but with a smile, with the joy of having done one’s work.”

“This sowing of joy, ‘astuteness,’ smiling, is the grace of a full, full life. A life with sins, yes, but full of the joy of God’s service. Go forth and thank you for your testimony!” the pope told the priest.

PREVIOUS: Pilgrims return to Guadalupe basilica but in smaller numbers

NEXT: Many women fear their voices will be ignored in synod, speakers say