Pilgrims return to Guadalupe basilica but in smaller numbers 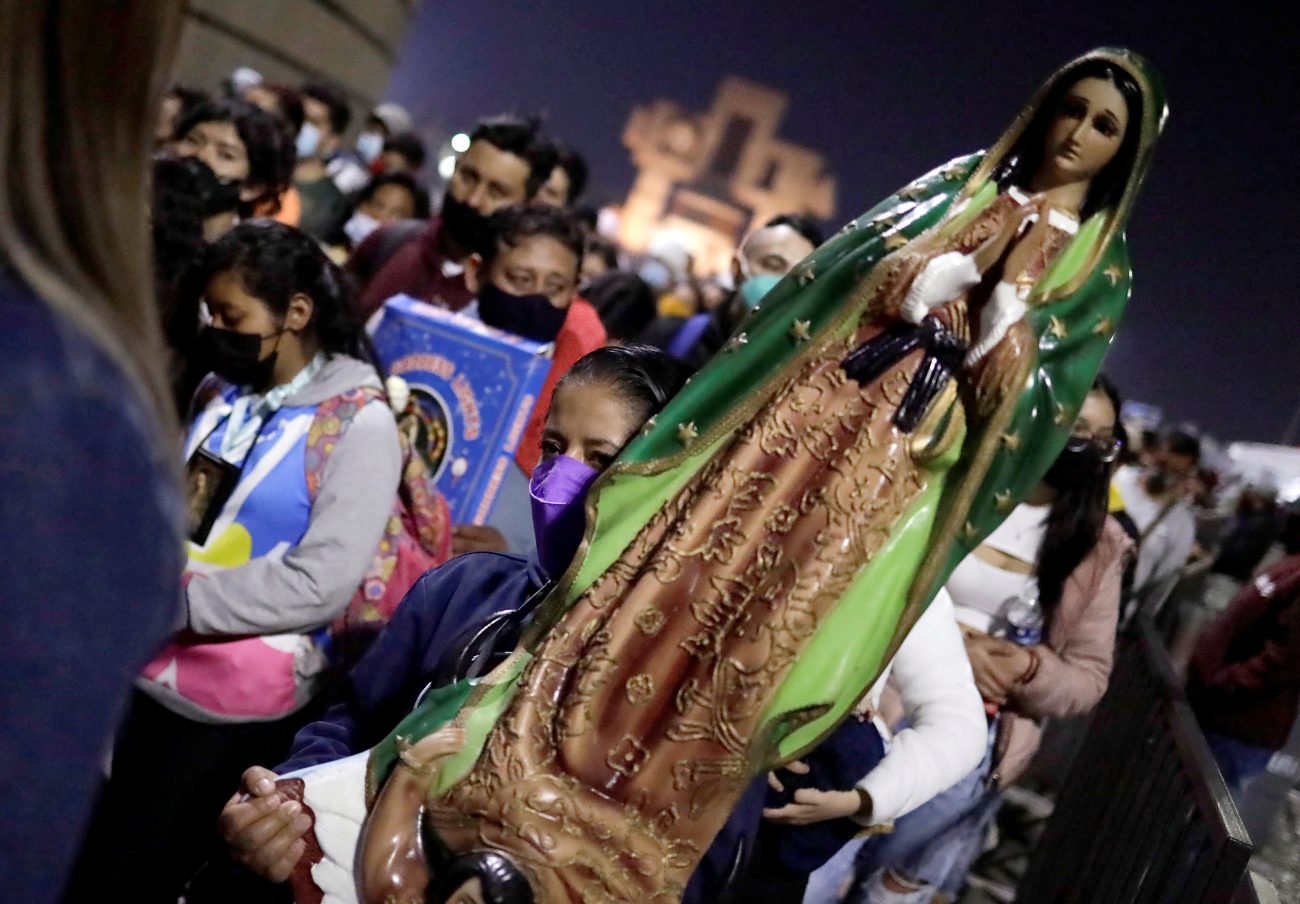 A woman carries a statue of Our Lady of Guadalupe outside the basilica in her name in Mexico City Dec. 11, 2021, the eve of her feast day. Millions of pilgrims descended on the basilica during the first 12 days of December, renewing a tradition and act of faith common throughout central Mexico. (CNS photo/Luis Cortes, Reuters)

MEXICO CITY (CNS) — Jesús Martínez Aguilar walked two days from the state of Puebla to the Basilica of Our Lady of Guadalupe, arriving at dusk on the eve of the Dec. 12 feast day. He posed for a selfie with his family at the basilica’s gates, then prepared to enter and give thanks to the patroness.

“I felt bad not coming here last year,” said Martínez, 68, a tamale vendor who has made an annual pilgrimage to the basilica for the past 38 years — except in 2020, when church and civic authorities closed the site due to the COVID-19 pandemic.

“It’s special for us,” he said after arriving. “We’ve come to see the Virgin again.”

Millions of pilgrims descended on the Basilica of Our Lady of Guadalupe during the first 12 days of December, renewing a tradition and act of faith common throughout central Mexico.

Nearly 500 years after the apparition, Our Lady of Guadalupe continues drawing a deep devotion throughout Latin America, the Philippines and in immigrant communities of the United States.

She has become a symbol of national identity in Mexico, inspiring social movements throughout the country’s history. Even the ruling political party has leveraged her appeal, calling itself “MORENA,” a word for a dark-skinned woman and a popular name for the patroness.

But pilgrims at the basilica spoke of personal, not political reasons for traveling to the world’s most visited Marian shrine. 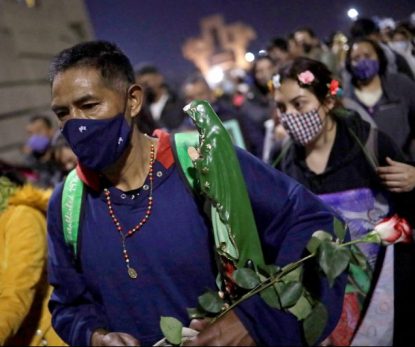 A man carries a statue of Our Lady of Guadalupe outside the basilica in her name in Mexico City Dec. 11, 2021, the eve of her feast day. (CNS photo/Luis Cortes, Reuters)

“We’ve come to ask for health, for her to care for us and out of faith,” said Tomás Santiago Coapio, 25, who arrived with a pack of cyclists from outlying Tlaxcala state.

When asked about not visiting in 2020, he responded: “It’s like if you couldn’t visit your mother. How would you feel?”

Roberto Acosta, a 35-year-old lawyer, also cycled to the basilica, riding 12 hours with a pair of friends from the city of Puebla. It was his first visit to the site, he said.

“I’m not very religious,” he told CNS, adding he would “give thanks for favors received.” Those favors, he said, included “work, health, not getting sick with COVID again,” after the illness claimed his wife last year.

City officials channeled pilgrims through the surrounding neighborhoods to a single entrance — spraying visitors with disinfectant at the basilica gates — and prohibiting people from camping on-site. An estimated 3.5 million pilgrims arrived in 2021, less than half the number that visited in 2019.

A migrant caravan, which set out from Tapachula near the Guatemalan border, arrived in Mexico City Dec. 12 with plans to visit the Basilica of Our Lady of Guadalupe, but was impeded by local police. The caravan eventually arrived at the basilica, however, and its participants were provided lodging in facilities normally provided to pilgrims. 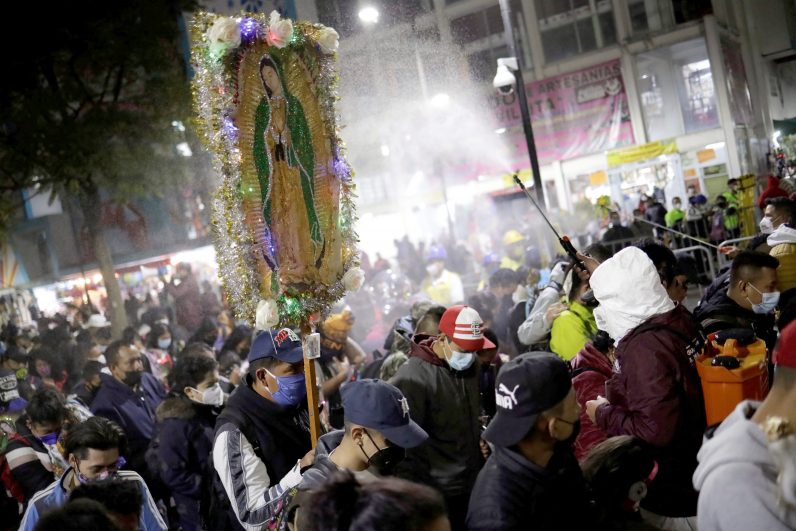 Pilgrims carry an image of Our Lady of Guadalupe outside the basilica in her name in Mexico City Dec. 11, 2021, the eve of her feast day. (CNS photo/Luis Cortes, Reuters)

PREVIOUS: Pope prays for peace in Ukraine as Russia moves troops to border

NEXT: Decline in vocations is a call to be humble, pope tells Jesuits