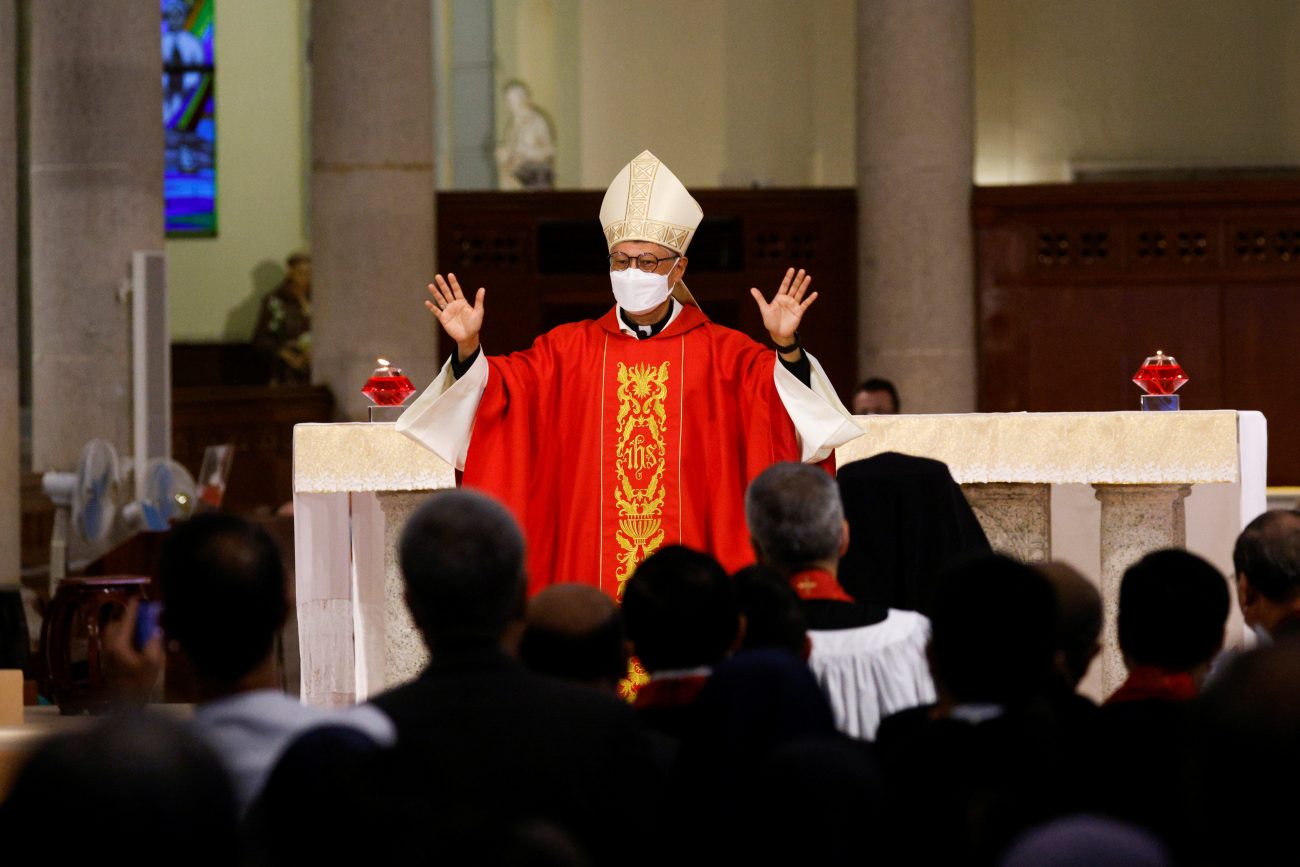 Bishop Stephen Chow Sau-yan, 62, also stressed the church’s role in the formation of young people in the city, which has witnessed pro-democracy protests led by university students in the past two years. He said he would work harder to foster the next generation of Catholics, reported ucanews.com.

“It is my desire to be a bridge between the government and the church in Hong Kong and between the Catholic Church, fellow Christian denominations and other religions,” he told some 550 people gathered for the Dec. 4 consecration ceremony at Immaculate Conception Cathedral.

It is through understanding, respect and trust that collaboration can become a living culture in the community, he said.

Some 400,000 Catholics in Hong Kong Diocese witnessed a rift among themselves when Beijing imposed a tough new national security law last year to help security forces to suppress the mounting pro-democracy protests.

A portion of Catholics, just like people in the wider Hong Kong society, openly opposed the Chinese administrative action, saying it smothered democratic freedoms, while others supported it as being essential to maintain social order and peace, reported ucanews.com.

Bishop Chow’s first address as bishop of the city also stressed the role of formation.

He also asked for “prayers, support and collaboration” to help him “carry out this mission” and promised his best with “all his heart, his soul and his mind.”

At the ceremony, the apostolic letter of appointment was read in English by Msgr. Javier Herrera-Corona, the Holy See representative in Hong Kong. Father Lawrence Lee, diocesan chancellor, read its Chinese translation.

Pope Francis appointed Bishop Chow, then Jesuit provincial of the Chinese province, as Hong Kong’s new bishop May 17. The diocese had been vacant since the death of Bishop Michael Yeung Ming-cheung Jan. 3, 2019.

Trained in education psychology, Bishop Chow was an honorary assistant professor at the University of Hong Kong, 2007-14, and a guest professor at the Holy Spirit Seminary College of the Theology and Philosophy since 2012. He was part of the management committee of two prominent Jesuit-run high schools in Hong Kong for the last 15 years.

As pandemic restrictions allowed only 50% of seats to be filled at the cathedral and required all to observe restrictive measures, thousands of Catholics across the territory and worldwide watched the ordination ceremony via livestream.

Catholics account for about 5.5% of the 7.39 million people in Hong Kong. They include an estimated 183,000 Filipinos and 34,000 Catholics of other nationalities.

NEXT: In Greece, Pope expresses concern for democracy’s decline in Europe