Pope: Through Mary, Latin America can move toward renewal 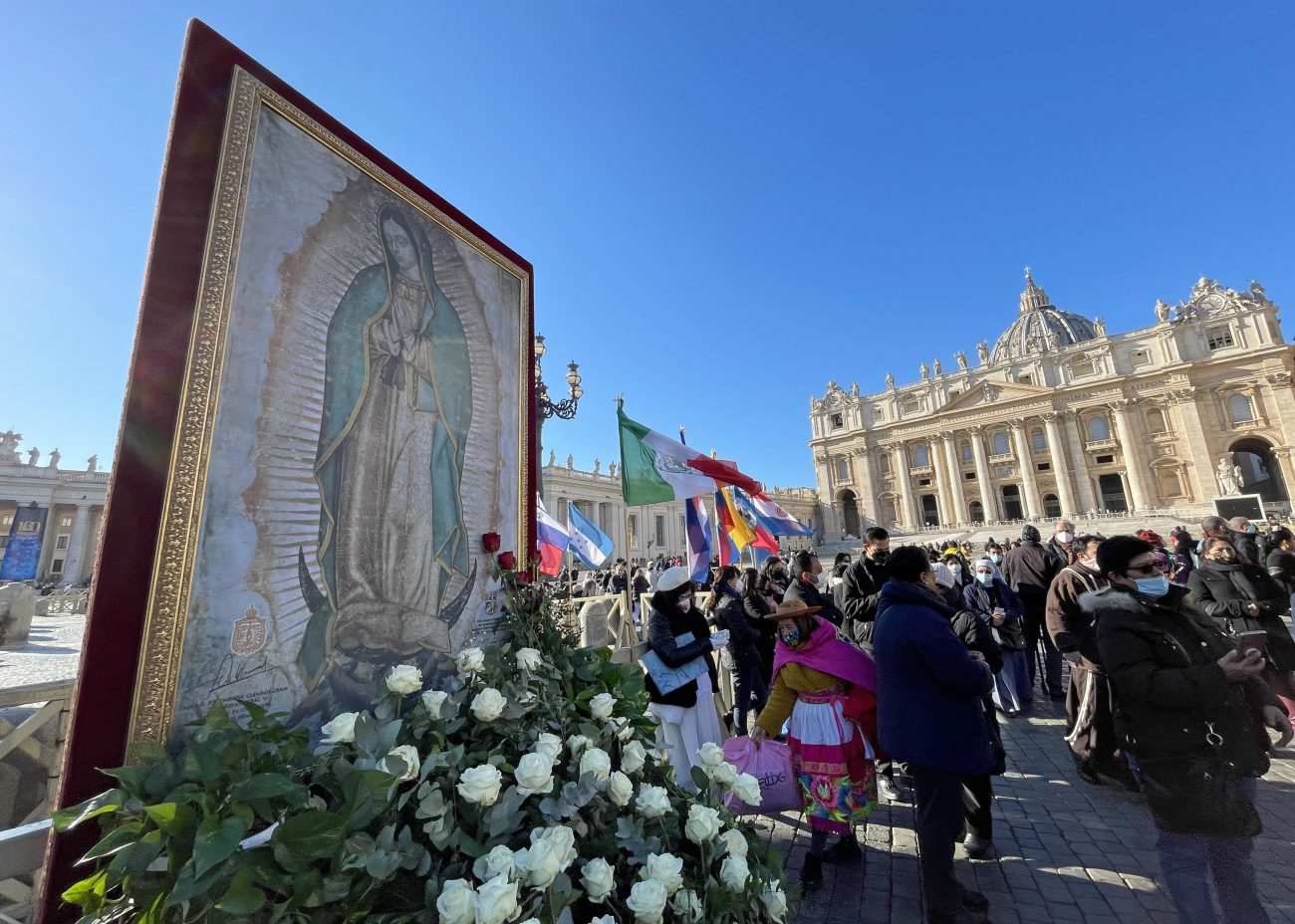 VATICAN CITY (CNS) — Festive music, dancing and prayers in honor of Mary echoed through St. Peter’s Square as hundreds gathered to commemorate the feast of Our Lady of Guadalupe.

The sounds of Mexican mariachi brought much needed warmth on a chilly Roman morning Dec. 12 to honor the patroness of the Americas and the Philippines whose apparition to St. Juan Diego on Tepeyac hill in Mexico continues to bring hope in uncertain times.

“This experience must be repeated over and over again,” Pope Francis told pilgrims during his Sunday Angelus address. “In this way, God, who is communion, will move us toward conversion and the renewal of the church and of society that we need so much in the Americas — the situation in many Latin American countries is very sad — as well as throughout the world.”

Waiting to hear the pope’s words, pilgrims stood near the famed obelisk in the center of the square where a large replica of St. Juan Diego’s tilma, which bears the image of Mary, stood adorned with white roses and surrounded by the flags of all the countries of Latin America.

Among those present to mark the feast were Canadian Cardinal Marc Ouellet, prefect of the Congregation for Bishops and president of the Pontifical Commission for Latin America, and Venezuelan Archbishop Edgar Peña Parra, substitute secretary for general affairs in the Vatican Secretariat of State.

Several pilgrims were dressed in traditional Indigenous clothing while others reenacted the moment when, in 1531, St. Juan Diego unfurled his mantle and revealed the miraculous image of Mary.

After the recitation of the rosary in Spanish, Portuguese and Filipino, Cardinal Ouellet led pilgrims in a final prayer for Mary’s maternal intercession so that she would help all Christians “to see the face of Jesus in every person, especially in those most excluded and marginalized.”

“Preserve the peace in our peoples and move the hearts of the violent, so that their hate may end, and they may find in your son the path to transform their lives,” he prayed.

Seeing the many flags from Latin America from the window of the Apostolic Palace, the pope addressed the pilgrims in Spanish and welcomed those “who from Alaska to Patagonia are celebrating Our Lady of Guadalupe, mother of the true God by whom we live.”

Looking ahead to the 500th anniversary of the Marian apparition in 2031, Pope Francis said such “acts of faith and public witness” help bring Mary’s message of hope to those most in need.

“May the Virgin of Guadalupe and St. Juan Diego teach us how to always walk together from the peripheries toward the center in communion with the successor of the apostles, who are the bishops, to bear good news to everyone,” the pope said. 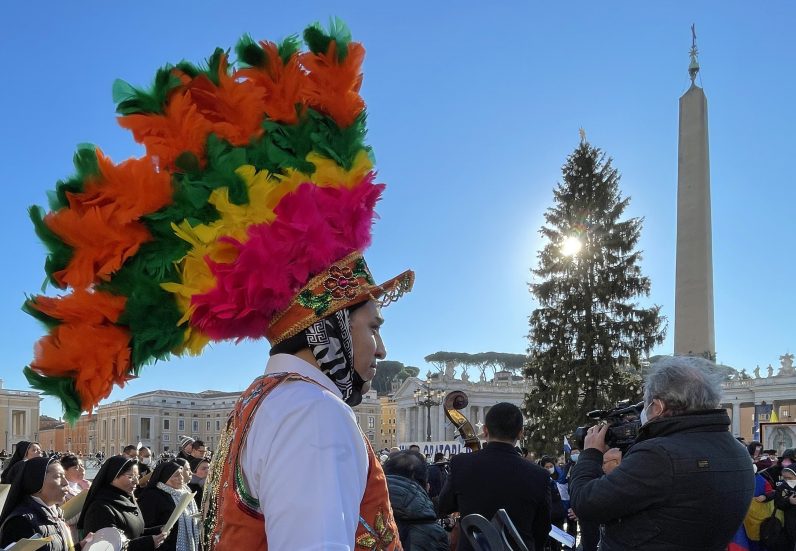 A man wears a headdress as Latin American pilgrims mark the feast of Our Lady of Guadalupe with songs and the recitation of the rosary in St. Peter’s Square at the Vatican Dec. 12, 2021. (CNS photo/Junno Arocho Esteves)

NEXT: Pope prays for peace in Ukraine as Russia moves troops to border