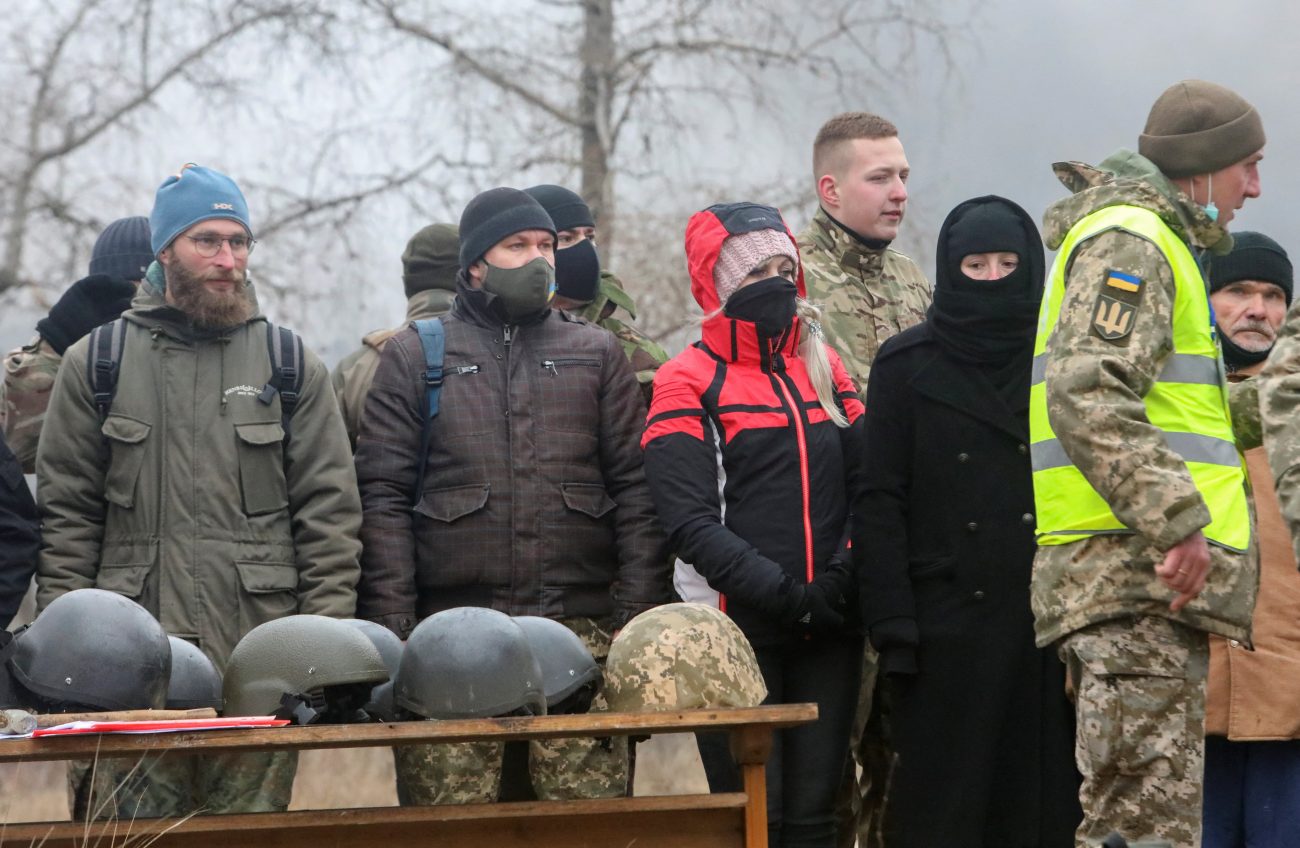 Reservists of the Ukrainian Territorial Defense Forces line up as they take part in military exercises at a training ground outside Kharkiv, Ukraine, Dec. 11, 2021. As leading industrialized nations urged Russia to stand down, Pope Francis prayed for peace in Ukraine and for dialogue to resolve tensions. (CNS photo/Vyacheslav Madiyevskyy, Reuters)

VATICAN CITY (CNS) — With Russia amassing thousands of soldiers and heavy weapons on its border with Ukraine, Pope Francis prayed for peace in the region.

“I want to assure you of my prayers for dear Ukraine, for all its churches and religious communities, and for all its people so that the tensions it is experiencing might be resolved through a serious international dialogue and not with weapons,” Pope Francis said Dec. 12 after reciting the Angelus prayer with visitors in St. Peter’s Square.

As an aside, he said he had recently read a statistic that “saddens me greatly: more weapons were produced this year than last year.”

“Weapons are not the right path,” he insisted. “May the Lord’s birth bring peace to Ukraine.”

The foreign ministers of the G7 — Britain, Canada, France, Germany, Italy, Japan and the United States, as well as a representative from the European Union — warned Russia Dec. 12 to pull the troops and weaponry back from the border.

“Further military aggression against Ukraine would have massive consequences and severe cost in response,” said the G7 statement. “We reaffirm our unwavering commitment to Ukraine’s sovereignty and territorial integrity, as well as the right of any sovereign state to determine its own future.”

The Kremlin responded that Russian President Vladimir Putin had told U.S. President Joe Biden that Russian troops posed no threat and that Moscow was being demonized for moving troops around its own territory, the Reuters news agency reported.

Russian-backed separatists declared independent republics in Ukraine’s Luhansk and Donetsk regions in April 2014, triggering a war with Ukrainian government forces; thousands of civilians and military troops have died and hundreds of thousands of people have been displaced. 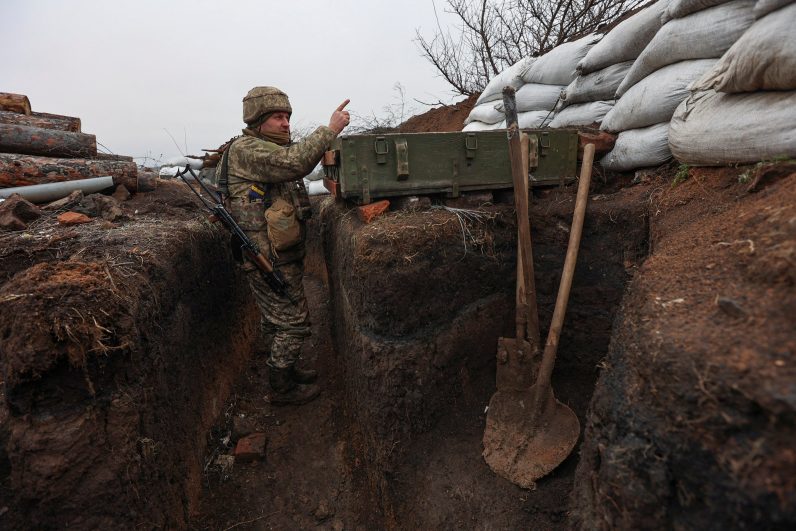 A service member of the Ukrainian armed forces stands guard at combat positions near the line of separation from Russian-backed rebels outside Zolote in the Luhansk region of Ukraine Dec. 11, 2021. As leading industrialized nations urged Russia to stand down, Pope Francis prayed for peace in Ukraine and for dialogue to resolve tensions. (CNS photo/Andriy Dubchak, Reuters)

PREVIOUS: Pope: Through Mary, Latin America can move toward renewal

NEXT: Pilgrims return to Guadalupe basilica but in smaller numbers