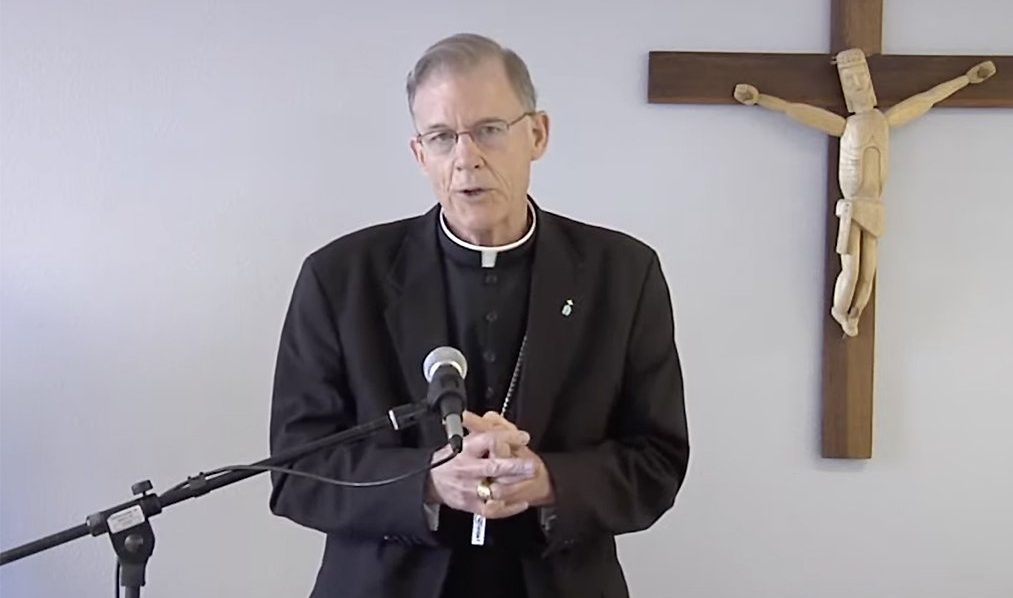 (CNS) — In a new pastoral letter, Archbishop John C. Wester of Santa Fe, New Mexico, urges the local community and the world to join “a renewed commitment to the cause of peace” with the goal of eliminating all global nuclear weapons arsenals.

The document, “Living in the Light of Christ’s Peace: A Conversation Toward Nuclear Disarmament,” challenges conventional political thinking that possessing nuclear weapons serves as a deterrence to potential attacks from other nuclear powers.

“We can no longer deny or ignore the extremely dangerous predicament of our human family. We are in a new nuclear arms race far more dangerous than the first,” Archbishop Wester said during an online news conference to introduce the pastoral letter Jan. 11.

He explained that he issued the document because two of the country’s three nuclear weapons research facilities — the Sandia and Los Alamos national laboratories — and the largest U.S. repository of nuclear armaments located at Kirtland Air Force Base in nearby Albuquerque are within the archdiocese.

“It’s such an important topic that we really can’t dally,” he said.

Archbishop Wester also said the pastoral letter is not meant to criticize those who work in the nuclear weapons industry or the military, but that it is an invitation to begin conversations that can lead to the abolishment of such weapons in order to protect humanity and the Earth.

The archbishop also pointed to the history of New Mexicans who, after the emergence of nuclear weapons during World War II, began to promote peace, work to abolish such weapons and initiate discussions on alternatives to war preparations.

“I believe that we in the Archdiocese of Santa Fe and beyond are called to live in the light of Christ’s peace and to reflect that light to all,” he said, adding: “I believe that we need to rejuvenate a sustained serious conversation about universal, verifiable nuclear disarmament.”

Archbishop Wester described the document as having practical suggestions for carrying out the conversations that he hopes will lead to disarmament. He also invited people to submit their own ideas to achieve such a goal.

He expressed concern for what he said was economic disparity between those in the weapons industry and New Mexicans, largely people of color.

By addressing such concerns and ensuring that people working in the weapons industry can transition to other well-paying jobs that protect the environment and carefully store dangerous radioactive waste, true justice can be realized, he said.

The 52-page pastoral letter cites the words of Pope Francis, who several times during his papacy has urged the world to eliminate nuclear arsenals because of the threat they pose. The archbishop quotes the pope’s statements in speeches in Hiroshima, Japan, the site of the first U.S. atomic bombing in 1945, to diplomats and peace conferences and in his encyclical “Fratelli Tutti, on Fraternal and Social Friendship.”

The document also traces the history of the church’s long-held stance against nuclear weapons beginning with St. John XXIII in “Pacem in Terris” (“Peace on Earth”) in 1963 and continuing through the papacies of St. John Paul VI, St. John Paul II and Pope Benedict.

Archbishop Wester opens with his reflections while visiting Hiroshima with other bishops in 2017 and seeing the oft-depicted dome in the Prefectural Industrial Promotion Hall that remains as a memorial to tens of thousands who died in the Aug. 6, 1945, bombing of the city.

The visit, he explains, led to thinking that such destruction and loss of life should never occur again and that the Santa Fe Archdiocese must play a role in bringing the arms race to an end.

Despite arms control treaties that have reduced nuclear arsenals, Archbishop Wester expresses concern that years of planned weapons modernization among the nuclear powers is contributing to a new arms race.

The pastoral letter also serves as an invitation to readers to review the nonviolent practices of Jesus, who consistently reminded the apostles and his followers who asked if they should call down “hellfire from heaven” against their enemies.

“It means seeing every human being as a sister and brother, and doing everything we can not to harm them, but to actively love them, including the people of Russia, China, Iran, North Korea, and others.”

He adds: “I think we need to hear the great rebuke of Jesus. Nuclear weapons are not the will of the nonviolent Jesus, and it is time we took his rebuke seriously. If we listen, we can hear Jesus’ voice crying out today: Stop building nuclear weapons, do not prepare for nuclear war, dismantle your nuclear weapons, and welcome God’s reign of universal love and peace.”

“We should all heed his voice and contribute to the process of disarmament through practicing nonviolence in our daily lives and advocating the end of nuclear weapons,” Bishop Stowe said in a statement from the Catholic peace organization.

“In his address to the ambassadors accredited to the Holy See on Jan. 10, the Holy Father reiterated that even the possession of nuclear weapons is immoral. Archbishop Wester brings this teaching to the U.S. in a significant way,” he said.

Executive Director Johnny Zokovitch told Catholic News Service that the organization plans to share the pastoral letter’s message with local parishes, news media and community groups to build momentum so that more people are involved in the effort to achieve nuclear disarmament.

The release of the pastoral letter follows Archbishop Wester’s unveiling Dec. 19 of a sign outside of the Shrine of Our Lady of Guadalupe in Santa Fe depicting Pope Francis and a quote the pope offered during a visit to Hiroshima in November 2019: “The possession of nuclear arms is immoral.”

The sign is across the street from an office building where the Los Alamos National Laboratory opened a small office. 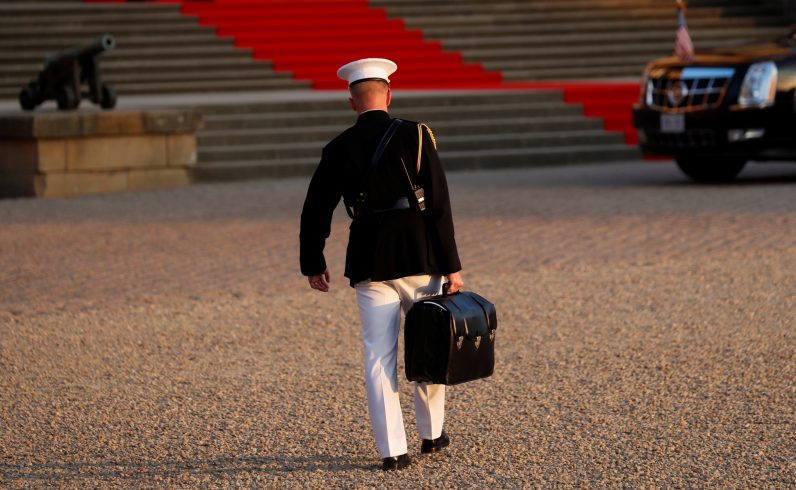