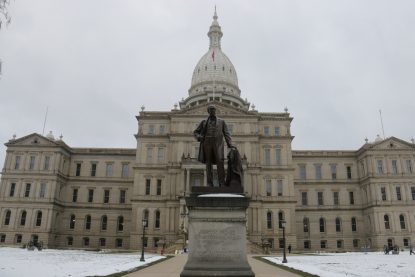 LANSING, Mich. (CNS) — Catholic and pro-life leaders in Michigan expressed disappointment that a coalition of abortion rights supporters are planning a petition drive to protect abortion access in the state constitution.

The coalition, which includes Reproductive Freedom for All, the American Civil Liberties Union of Michigan, Planned Parenthood of Michigan and Michigan Voices, was set to file language with the Michigan Board of State Canvassers that would amend the Michigan Constitution to “explicitly affirm” abortion rights.

The proposed amendment would override Michigan’s 1931 ban on abortion.

Pro-life and pro-choice advocates have given more attention to the state’s law, which has its roots in an 1846 anti-abortion law, ever since the U.S. Supreme Court heard oral arguments last December in Dobbs v. Jackson Women’s Health Organization.

The Dobbs case concerns a Mississippi law that bans abortion after 15 weeks of pregnancy, which is seen by many as a direct challenge to the 1973 Roe v. Wade decision, which allows states to regulate but not ban abortion up until the point of fetal viability, which is legally considered after 24 weeks of pregnancy.

Pro-choice advocates said they were launching the petition drive in anticipation of an overturning of Roe v. Wade.

“It is disappointing, but not unexpected, that a ballot proposal has been filed in hopes of overturning a long-standing law that protects innocent babies from being killed,” said Michigan Right to Life President Barbara Listing. “While the exact language has not been released, we know that Michiganders want to live in a life-affirming state.

“The humanity of unborn children cannot be denied, as technology and science have proven, without a doubt, that they are human and deserve legal protection,” Listing continued. “Beginning at fertilization, the unborn child develops rapidly from a single cell to a fully formed infant by 15 weeks.”

Michigan law dictates constitutional amendments must collect 10 percent of votes cast in the 2018 general election to be on the 2022 ballot — 425,059 in this case.

“For decades, abortion has been touted as the only option, harmless and easy, yet we know this is a lie. Abortion hurts women.” She said the efforts to “enshrine abortion in the state constitution is a sad commentary on the outsized and harmful role the abortion industry plays in our politics and our society.”

Mastee added: “We look forward to standing with women through a potential statewide ballot campaign to promote a culture of life and good health for both moms and unborn children.”

Meloy is a staff writer for Detroit Catholic, the news outlet of the Archdiocese of Detroit.