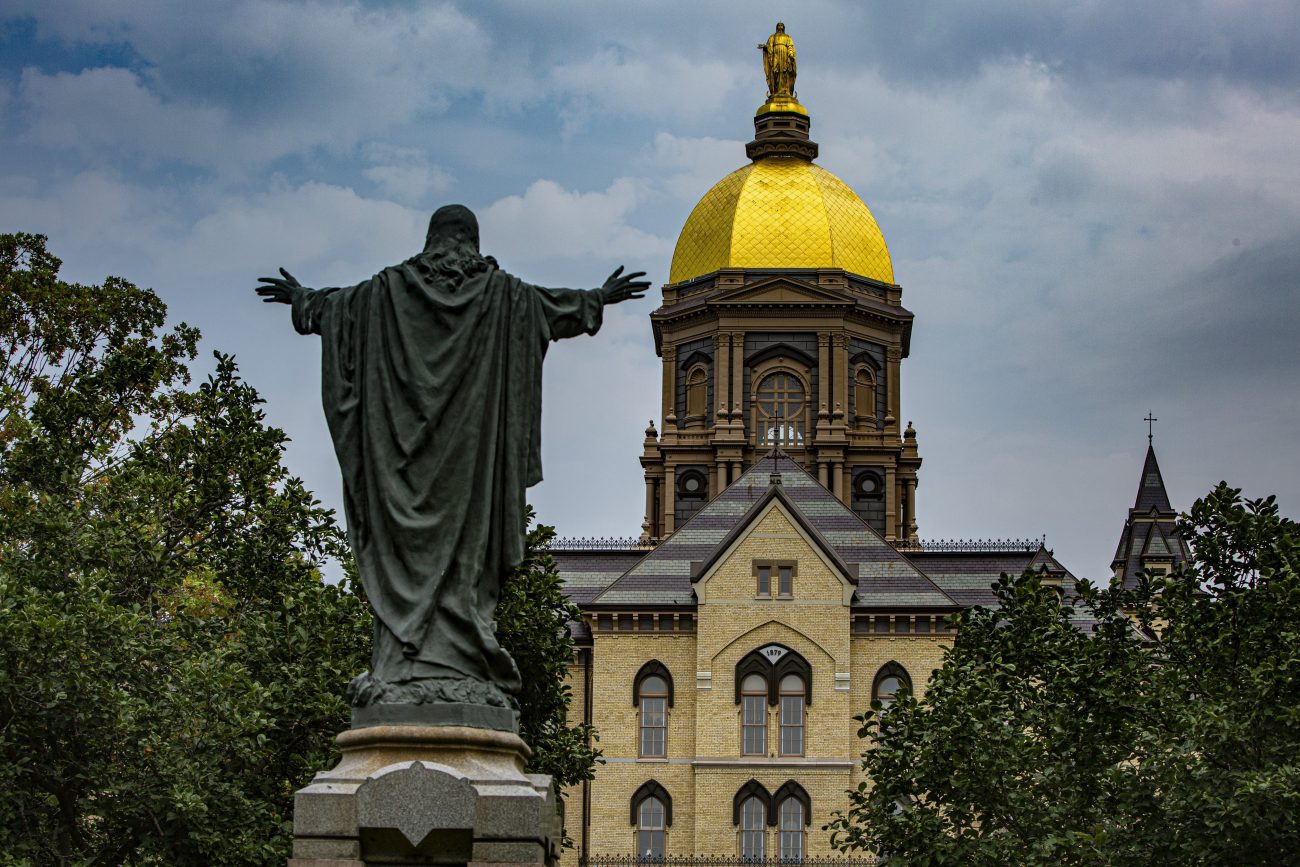 A statue of Jesus facing the Golden Dome with its statue of Mary atop the administration building of the University of Notre Dame in Notre Dame, Ind., is seen Aug. 6, 2021. (CNS photo/Chaz Muth)

The University of Notre Dame in Indiana and Georgetown University in Washington are among a group of some 16 private educational institutions named in a lawsuit alleging a conspiracy to fix student financial aid distribution formulas among them.

The effect of the financial aid policies, according to a lawsuit filed Jan. 9 in federal court in Chicago, has been to unlawfully manipulate the way those universities calculate financial need, and in some cases favor potential students who are children of wealthy donors.

Defendants are private national universities that have long been in the top 25 of the U.S. News & World Report rankings for such schools, notes the lawsuit.

“These elite institutions occupy a place of privilege and importance in American society. And yet these same defendants, by their own admission, have participated in a price-fixing cartel that is designed to reduce or eliminate financial aid as a locus of competition, and that in fact has artificially inflated the net price of attendance for students receiving financial aid,” according to the complaint.

The class-action suit was filed on behalf of former students from Northwestern, Vanderbilt and Duke universities. The plaintiffs are represented by a group of national law firms who specialize in commercial and class-action litigation.

Both Notre Dame and Georgetown indicated to CNS Jan. 13 that they had no comment on the pending litigation at this time.

The complaint states that under a true need-blind admissions system, all students would be admitted without regard to the financial circumstances of the student or student’s family.

Far from following this practice, at least nine defendants for many years have favored wealthy applicants in the admissions process, the suit alleges.

“This conspiracy, which has existed (with slightly varying membership) for many years, thus falls outside the exemption from the antitrust laws,” the complaint states, noting that elite, private universities are like “gatekeepers to the American dream.”

“Defendants’ misconduct is therefore particularly egregious because it has narrowed a critical pathway to upward mobility that admission to their institutions represents,” it adds.

The complaint also notes that most of the universities have endowments in the billions of dollars, with Notre Dame’s endowment listed as being worth $12 billion while Georgetown University has a $2.6 billion endowment.

“Defendants thus have ample resources to meet the financial needs of their students without reducing their endowments (if that were even imperative) and without colluding on a formula that results in artificially reduced financial aid, and that would in fact provide substantially more financial aid, and charge lower net prices of attendance,” the complaint states.

Robert D. Gilbert, managing partner at Gilbert Litigators and Counselors, is representing the former students along with the firms Roche Freedman, Berger Montague and FeganScott.

The suit follows a 2019 college admissions bribery scandal in which the FBI alleged that parents of high school students conspired with others to use bribery and other forms of fraud and cheating on entrance exams to illegally arrange to have their children admitted to top colleges and universities. 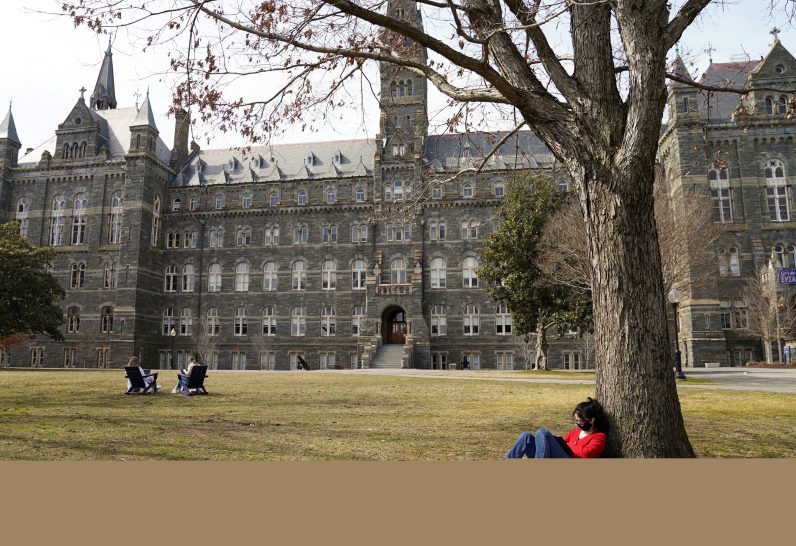 PREVIOUS: What’s in a name: Catholic farmers weigh in on ‘bioengineered’ label