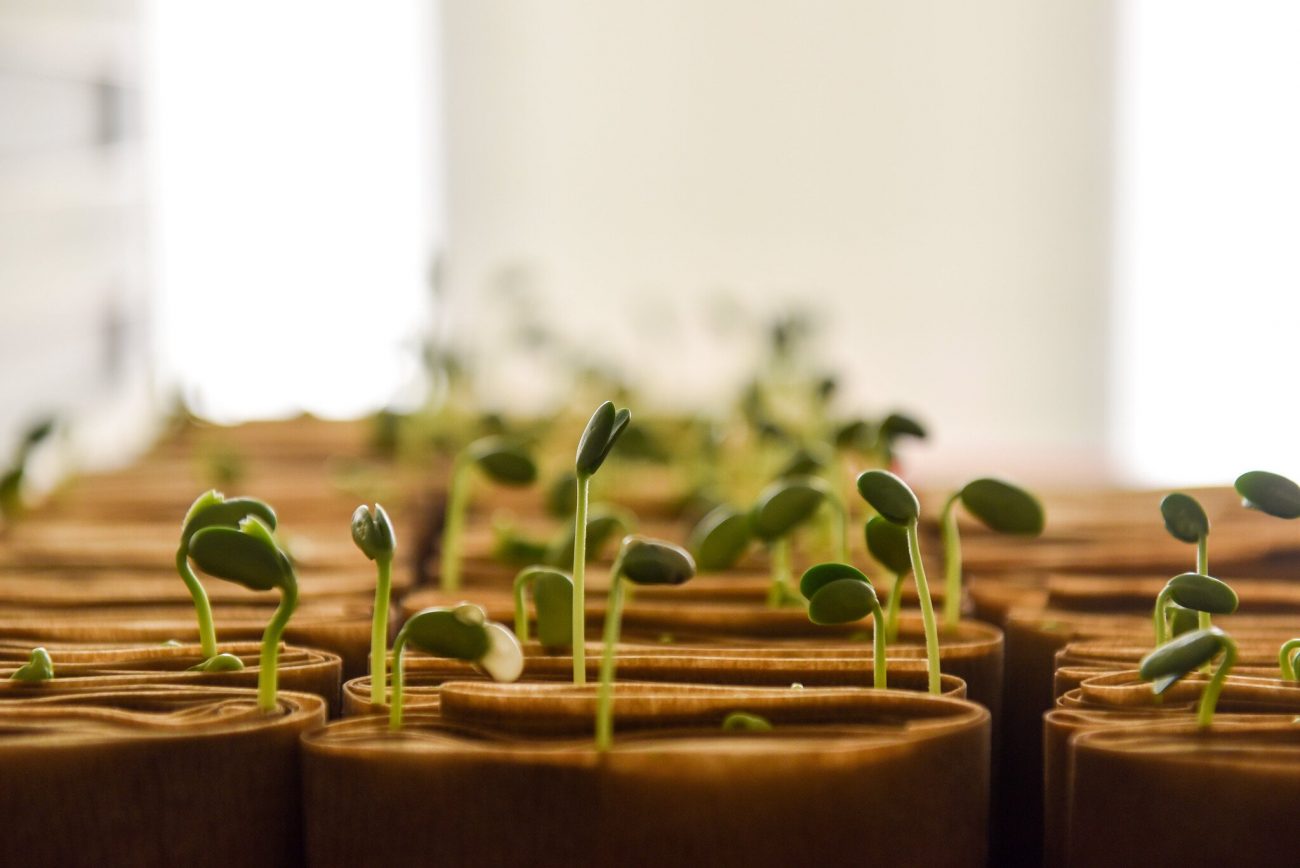 WASHINGTON (CNS) — The U.S. Department of Agriculture, effective Jan. 1, authorized replacing its “GMO” symbol — specifying the inclusion of a genetically modified organism among a product’s ingredients — with a “Bioengineered” logo on packaging: lots of green, with a stylized barn and field next to the word.

Nothing on the inside of the packaging has changed.

But, according to one Iowa farmer and former Catholic Rural Life board member, the distinction makes a difference.

“There’s already so much confusion around labels,” said Ron Rosmann, who farms 700 acres with his two sons in Harlan, Iowa, in the Diocese of Des Moines.

“This started in 2018 when (then-)Secretary of Agriculture Sonny Perdue responded to their (the industry’s) wanting to change the label,” he added, since seeing “GMO” on a product’s box can turn off consumers.

“Consumers don’t know what they (labels) mean,” Rosmann told Catholic News Service in a Jan. 11 phone interview. “They buy products if they see let’s just say … a label that says ‘natural pork’ or ‘natural beef,’ (and) they think, ‘Oh, maybe that’s got no GMO or no pesticides.'”

But “it turns out (that with) natural beef, there’s no restrictions on the feed” for cattle, he explained. “So you can use GMOs and pesticides and everything” in that feed.

“The food industry has been pushing for” a name change, Rosmann said, especially those connected to corn or soybean or canola oils or sugar beets.

“So many foods contain those oils or corn sweeteners. If they contain less than 5% of that food in a GMO corn sweetener, they don’t have to label it as being bioengineered,” he said. “No! In Europe, that limit is set at 0.9%.”

Moreover, Rosmann said, “the new rules do not cover products with meat, poultry or eggs as their first ingredient. That especially applies to processed foods, too — not just processed meats, but all processed foods. If the second ingredient is meat — let’s say you bought pre-made corn dogs or southwestern tacos with meat — you don’t even have to label it at all, even though the corn in the tacos is genetically modified.”

But what’s the point of trying to improve on nature?

“They (crops) are modified so you can spray certain pesticides on them without killing them, so you can control weeds. That’s what was done and is still done. Making corn and soybean resistant … for weed control,” Rosmann said.

“After over 30 years of that, the Roundup (herbicide) doesn’t work like it used to because of weed resistance, so they are now coming up with even more poisonous old chemicals,” he noted.

One of those is the dicamba herbicide, which for a brief time in 2020 was banned for use by the federal government before it relented later in the year.

Rosmann is no fan of dicamba. “It’s terrible. It drifts. For example, in Iowa last summer, well over 50% of Iowa’s soybeans had dicamba drift damage. It volatilizes in humid weather,” he said.

“So if it moves over to organic producers, you know what that means. If it moves over to other conventional farmers’ beans that are not resistant to that chemical, it’ll damage or kill their beans,” he continued. “But they’ve gotten away with it. So they are forcing farmers to buy those seeds that are dicamba-resistant as an insurance policy that the drift won’t hurt them.”

In addition to growing soy, oats, rye, hay in pasture, 20 different cover crops and an oats-wheat-barley-field peas mix he calls “succotash,” his farm produced “over 200 bushels of corn this year,” he said. “That’s noteworthy because the commodity groups say ‘organic yield,’ you keep hearing that you can’t feed the world with organic.”

Art Befort, who farms 600 acres in Smith Center, Kansas, about 180 miles northwest of Wichita, said his wheat and sorghum crops are GMO-free, but not the corn and soybeans.

“It would really be difficult to raise soybeans without being able to put chemicals on it that would go on a plant with non-GMOs,” Befort told CNS in a Jan. 12 phone interview. “I don’t know one person in the area where we farm that farms with non-GMO soybeans. There’s a few that dabble in non-GMO corn from time to time, but not soybeans.”

Befort said he believes the soybeans grown in his area go to a pressing facility about 60-70 miles away, where they’re pressed out for oil.

If it says GMO on a product’s box, “it doesn’t bother me,” said Befort, who returned to farming after spending 45 years in the aviation industry.

“We have three children; one is in a farming community, the other two are urban people,” he noted. “They’re a little sensitive, not over-the-top. If there were two like products on the shelf, and they were reasonably priced, they would go to the non-GMO.”

Befort runs a “no-till” operation, which is different than when he was growing up on the family farm.

No-till farming is an agricultural technique for growing crops or pasture without disturbing the soil through tillage. No-till farming decreases the amount of soil erosion tillage causes in certain soils.

He recently returned from his ninth conference on no-till farming, this one in Louisville, Kentucky.

“You hear the word sustainability and regenerative farm practices, and there’s a strong movement to incorporate those practices into your farming,” he said. “All of that reduces the chemicals that you need. In simple form, we try to mimic nature the best we can and still have commodities to raise.”

Like Rosmann, Befort is big on cover crops, which are planted to cover the soil and manage erosion; they’re not grown for the purpose of being harvested.

“One of the thing cover crops do is they keep the biology of the soil up and running. They have a root structure that keeps the ground warm, so that if you have an infiltration of water, you can have it … percolated right down through,” he said.

Another benefit is “you have a reduction in weeds” while the cover crops create their own nitrogen. “You can plant other species that have a deep root structure,” Befort added.

He plants winter wheat, and when it is ready in July, he has a device to harvest the wheat while leaving the rest of the stalk intact.

“The wheat will generally crowd out the weeds and prevent any weeds from getting a start until the wheat starts to die off and ripen and mature,” Befort said. “There just isn’t a need for people to have GMO wheat.”