Humility and trust: Finding the keys to the synodal journey 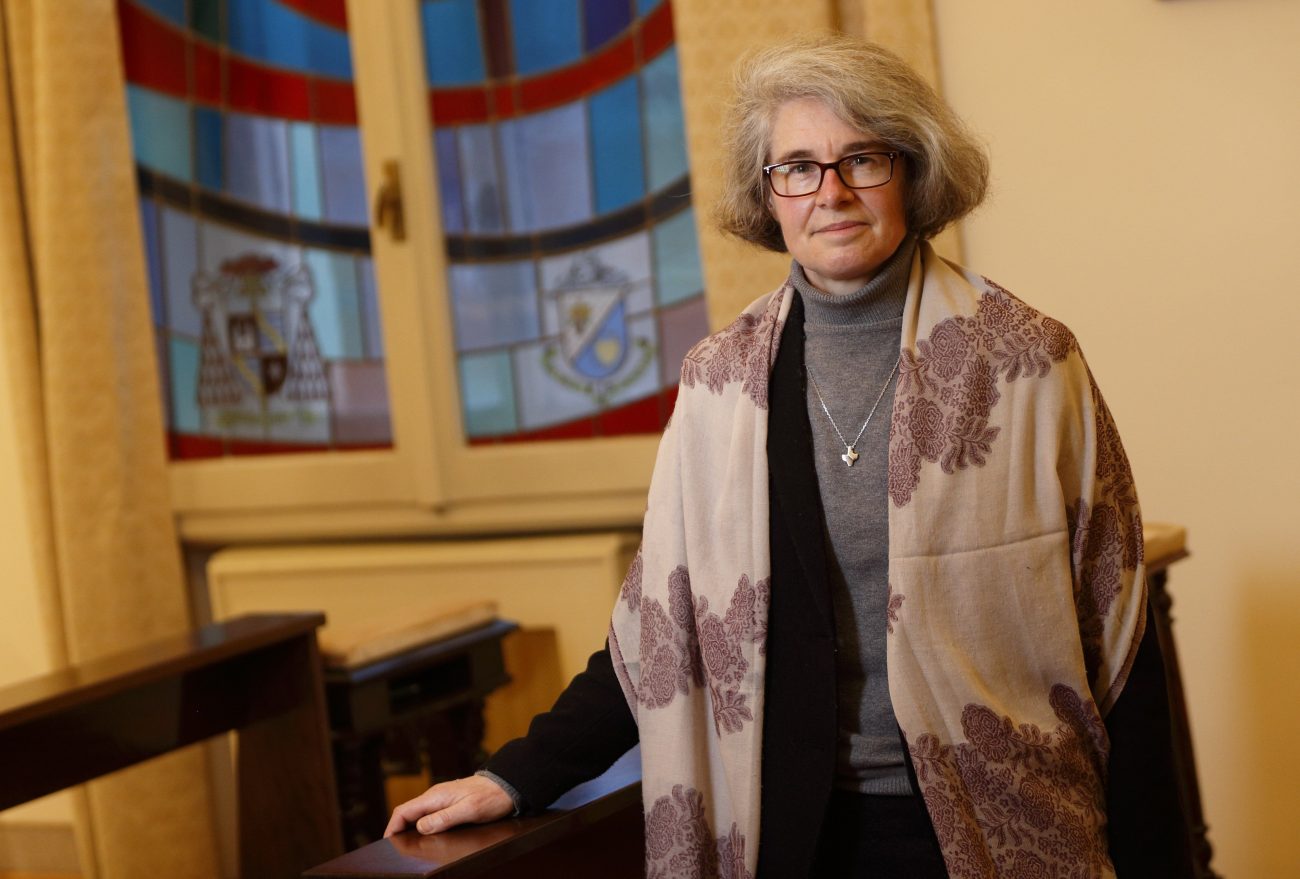 Xavière Missionary Sister Nathalie Becquart, undersecretary of the Synod of Bishops, is pictured in the chapel at her office at the Vatican Jan. 5, 2021. In an interview with Catholic News Service, Sister Becquart explained some of the characteristics of a "synodal church." (CNS photo/Paul Haring)

VATICAN CITY (CNS) — As many Catholics try to understand what Pope Francis might mean by a “synodal church,” he highlighted some of the essential characteristics — especially humility and trust — in homilies and speeches over Christmas and early in the new year.

Preaching on the feast of the Epiphany, Jan. 6, for example, he told Catholics that they need to learn from the Magi not to be afraid to take a new path when the Holy Spirit inspires them to do so.

“This is also one of the tasks of the synod: to journey together and to listen to one another, so that the Spirit can suggest to us new ways and paths to bring the Gospel to the hearts of those who are distant, indifferent or without hope, yet continue to seek what the Magi found: ‘a great joy.'”

Her shorthand explanation of synodality is “coming from the ‘I’ to the ‘us.'”

Synodality means recognizing that being a Christian is being part of a community with shared gifts and responsibilities, called to listen to the way the Holy Spirit is inspiring each of the baptized and collaborating to find more effective means of sharing the Gospel, she said. “It is to highlight that what we have in common through baptism is more important than all our differences of status, age, vocation or roles.”

That recognition, though, is impossible without the virtue of humility, as Pope Francis emphasized in his speech to leaders of the Roman Curia Dec. 23.

“Humility alone can enable us to encounter and listen, to dialogue and discern, to pray together,” the pope told them. “If we remain enclosed in our own convictions and experiences, the hard shell of our own thoughts and feelings, it will be difficult to be open to that experience of the Spirit, which, as the Apostle (Paul) says, is born of the conviction that we are all children of ‘one God and Father of all, who is above all and through all and in all.'”

Pope Francis kicked off the process for the Synod of Bishops in October, and while dioceses around the world were asked to begin local listening sessions shortly thereafter, the process is expected to move into high gear in 2022.

While Catholic media in the United States, for example, have written much about the slow start of the process in many dioceses, “more than 50% of the dioceses in the U.S.” have named coordinators and are beginning the listening sessions, Sister Becquart said.

Those sessions, she said, are the heart of the synod, which is no longer an “event” celebrated when a representative group of bishops meet for three weeks in Rome but is a process that begins with local groups of Catholics praying, sharing and discerning together.

While it may be uncomfortable, listening to each other cannot be fruitful without an acknowledgment of one’s own limitations and biases — humility, she said.

Bishops, pastors and others with a leadership role in the church are called to have a broader vision, which requires even greater humility and patience in listening to all and being willing to consider other points of view and other experiences, Sister Becquart said.

“Christianity isn’t about knowledge, it’s about living like Christ,” she said, which is why Pope Francis insists so much on listening to the poor and to the people who are on the “periphery” of social, economic and even ecclesial power structures.

Another thing the pope said Jan. 1, the feast of Mary, Mother of God, was that the church needs “mothers, women who look at the world not to exploit it, but so that it can have life. Women who, seeing with the heart, can combine dreams and aspirations with concrete reality, without drifting into abstraction and sterile pragmatism.”

Sister Becquart said she does not believe it is possible to say, “Women are like this; men are like that, so women can bring this to the church.”

“The challenge is to be the church with men and women together,” she said.

And, she said, it cannot be denied that in many parts of the world and the church, “the experience of women is mainly of being dominated by men,” but despite or because of that, they also tend to have “a capacity of resilience.”

In her personal experience and in her research, Sister Becquart said, “synodality is a path of reconciliation, of healing,” including between men and women or between clergy and laypeople.

The Xavière Missionary knows the symbolic power of a woman having a vote at a Catholic Synod of Bishops, something she is expected to have as undersecretary of the synod, but she insisted “what is more important is to have the voices of women at every stage” of the process, and not just its final deliberations.