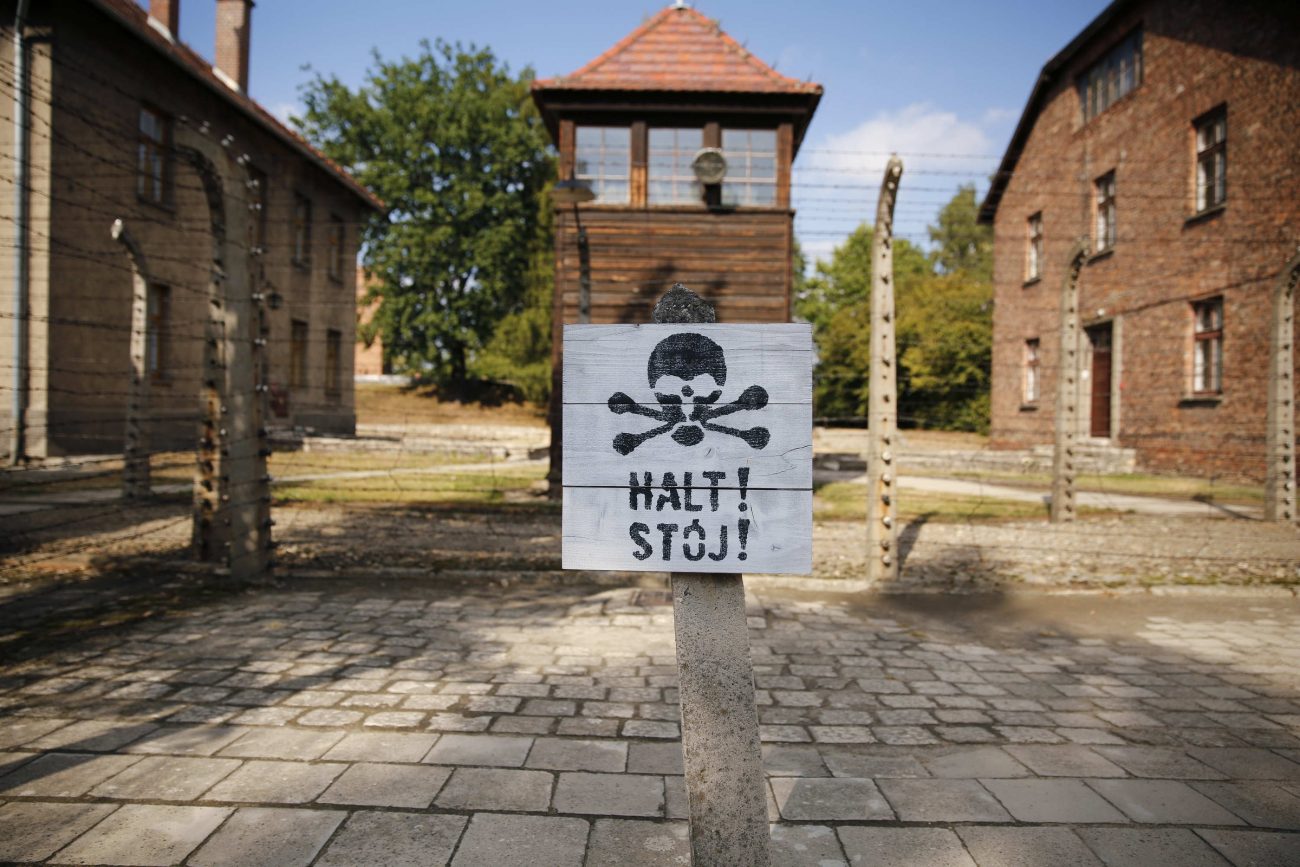 In this 2015 file photo, a guard tower is seen beyond an area enclosed with barbed wire at the Auschwitz-Birkenau Memorial and State Museum in Oswiecim, Poland. (CNS photo/Nancy Wiechec)

VATICAN CITY (CNS) — The cruelty of the Holocaust must never be repeated, Pope Francis said on the eve of the international day of commemoration in memory of the victims of the Holocaust.

The day, celebrated Jan. 27, falls on the anniversary of the liberation of the Auschwitz-Birkenau extermination camp complex in 1945.

At the end of his weekly general audience at the Vatican Jan. 26, Pope Francis said, “It is necessary to remember the extermination of millions of Jews and people of different nationalities and religious faiths.”

“This unspeakable cruelty must never be repeated,” he said. “I appeal to everyone, especially educators and families, to foster in the new generations an awareness of the horror of this black page of history.”

“It must not be forgotten, so that we can build a future where human dignity is no longer trampled underfoot,” the pope said.

At the end of his audience, the pope met with Belarus-born Lidia Maksymowicz, 81, who had spent 13 months at the Auschwitz-Birkenau concentration camp, where she and other children were subjected to Josef Mengele’s medical experiments.

It was her second meeting with Pope Francis, who — at an outdoor general audience May 26, 2021 — had spoken with her, kissed the prisoner number — 70072, tattooed on her left arm and embraced her.

That meeting sparked an idea for her to write an autobiography, with help from the Italian journalist Paolo Rodari. The book, “La bambina che non sapeva odiare. La mia testimonianza” (“The child who did not know how to hate. My testimony”), was recently released in Italian.

At the Jan. 26 audience, she gave the pope a copy of the book, which also contains a preface Pope Francis wrote.

Maksymovicz told ANSA, the Italian wire service, Jan. 26 that she and Rodari decided it would be important to describe the experience of a child during the Holocaust, since so many books cover the experiences of adults who survived.

“One must not forget that more than 200,000 children died just at Auschwitz-Birkenau,” she said.

Even though she was only 3 years old when she and her young mother were taken to the extermination camp, she explained those memories are still vivid and correspond with facts and evidence found by researchers years later.

Her mother was sent to the camp because she was part of the partisan resistance movement in Belarus, while she, as a young child, was designated to become one of Mengele’s “guinea pigs,” she said.

Maksymovicz found her birth mother 17 years after her release from the camp in 1944, when she was adopted by a Polish family.

NEXT: Pope to meet university students as part of synodal process