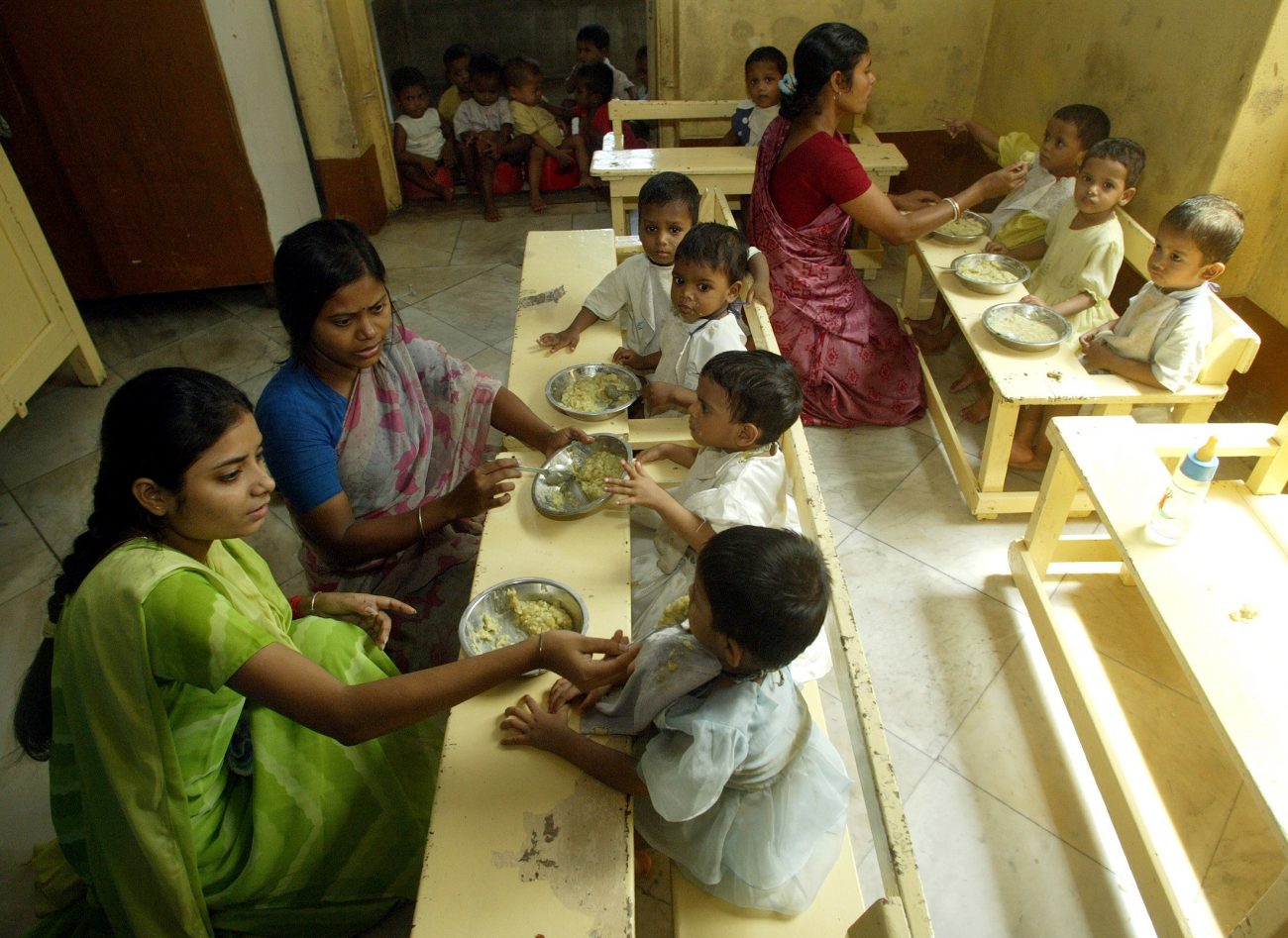 Volunteers are pictured in a file photo feeding children at Nirmala Shishu Bhavan, a home for orphaned, destitute and abandoned children run by the Missionaries of Charity in Kolkata, India. The Indian government has restored the Foreign Contribution Regulation Act registration of the Missionaries of Charity, clearing the decks for the globally renowned charity to receive and utilize foreign funds. (CNS photo/Jayanta Shaw, Reuters)

NEW DELHI (CNS) — The Indian government has restored the Foreign Contribution Regulation Act registration of the Missionaries of Charity, clearing the way for the globally renowned charity to receive and utilize foreign funds, reported ucanews.com.

“I am delighted that the Indian government has restored our FCRA license,” said Sunita Kumar, spokeswoman for the order founded by St. Teresa of Kolkata.

The change of decision comes less than two weeks after the federal ministry for home affairs declined to renew the order’s FCRA registration, citing “adverse inputs.”

“We never expected that our registration could be canceled, but it happened,” Kumar told ucanews.com Jan. 8, a day after the government restored the license of the charity organization. “We are happy that the restoration of our license happened without much delay.”

The congregation was finding it difficult to carry forward its charitable works ever since news broke on Christmas Day that its application for renewal had been refused.

The ministry issued a statement Dec. 27 saying the charity did not meet “eligibility conditions” under the FCRA and cited “adverse input” for its decision, without further details.

The congregation confirmed this on the same day while announcing that “as a measure to ensure there is no lapse, we have asked our centers not to operate any of the FC (foreign contributions) accounts until the matter is resolved.”

The government, however, allowed the order to operate its foreign contributions accounts until Dec. 31.

Since then, the congregation had faced difficulties in raising resources, struggling to maintain its regular supply of food, nutritional supplements and medicines for those it served in orphanages and homes for the elderly and destitute.

Poor Hindus form nearly 99% of the members served in facilities run by the Missionaries of Charity.

Naveen Patnaik, chief minister of Orissa state, directed his officials to release $100,000 to the 13 Missionaries of Charity institutions functioning in the state and promised more if required.

“We are immensely indebted to him for coming to the rescue,” said Kumar, while also thanking all those who stood with the sisters in their time of crisis.

PREVIOUS: Pope calls for ‘reality check’ against misinformation about vaccines

NEXT: Synod is a ‘style to be adopted,’ not a program, pope says