Grant will fund Catholic institutes, including at U Penn 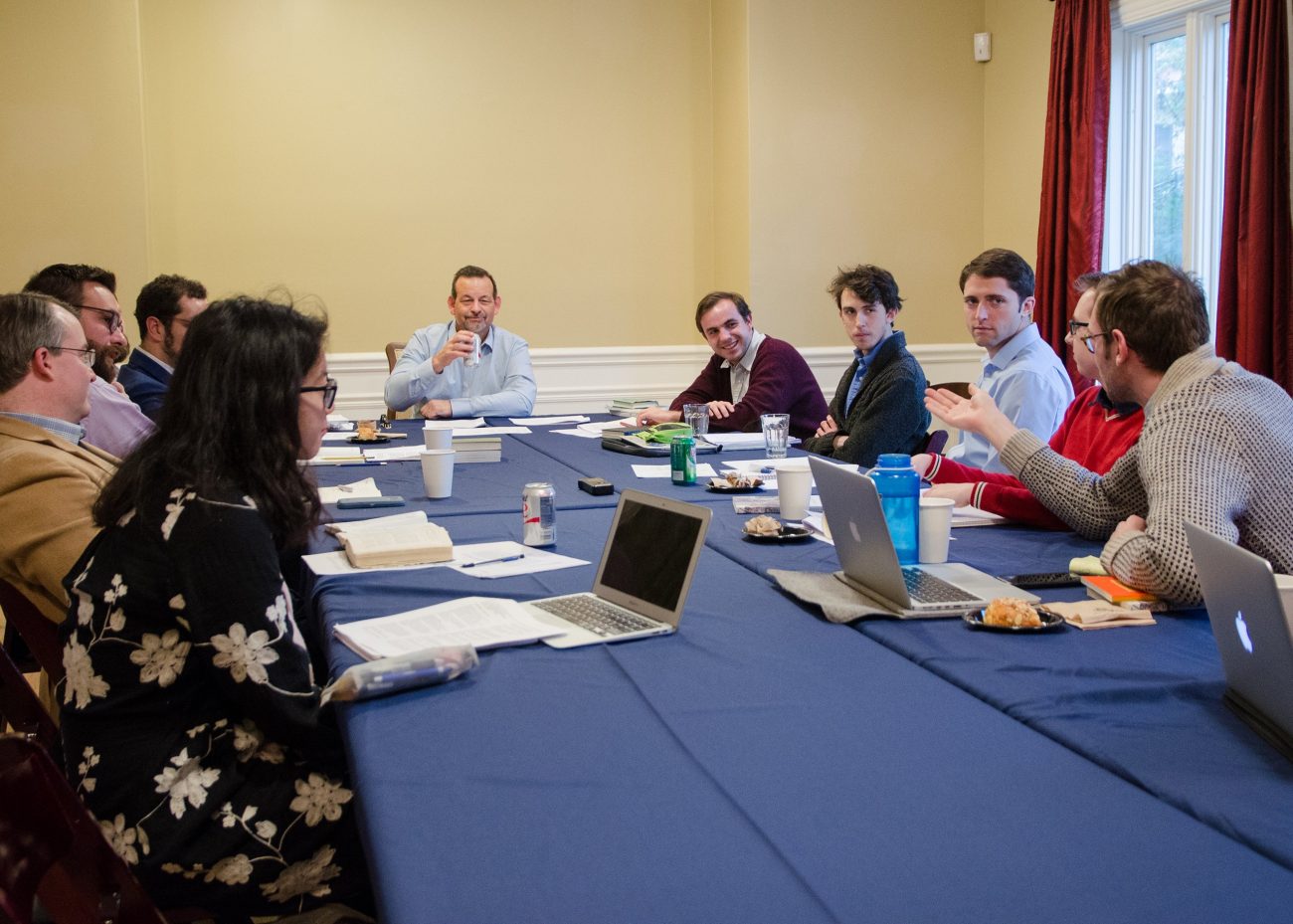 CHICAGO (CNS) — A national network of institutes of Catholic thought will soon launch as part of a new $3.65 million grant, issued by the John Templeton Foundation Feb. 1.

The In Lumine Network will include six Catholic institutes, located at top university campuses across the country, to start.

Each of the institutes operates independently of the university but serves the secular university’s faculty, students and staff with programming that sets a range of disciplines in dialogue with the Catholic intellectual tradition and forms participants in that tradition.

Daniel Cheely, a Penn resident scholar and executive director of the Collegium Institute, said in an email message that the institute has helped “other burgeoning institutes for Catholic thought get off the ground at Cornell, Harvard, and USC.”

“We are thrilled that, as we approach the 10th anniversary of Collegium’s founding next year, this new grant will solidify the informal network of Catholic academic institutes that has grown up along with it, and also enable us to expand our range of programming in science and religion right here in University City Philadelphia,” Cheely said.

One example of the institute’s work is its Magi Project in Science, Philosophy and Theology, which according to its leaders explores “the distinct but complementary approaches of science, philosophy, and theology to fundamental questions of the universe and of our own place within it.”

The project delivers courses, lectures, seminars and other outreach activities toward that goal.

The entire grant was awarded to the Lumen Christi Institute to administer over three years. In addition to establishing the network, funding will support science and religion programming — some open to the public — at each of these institutes.

Members of the In Lumine Network also will receive training and workshops on sustainable nonprofit management, including strategy development, fundraising, marketing, program management and evaluation, event planning and campus engagement.

Michael Le Chevallier, acting executive director of the Lumen Christi Institute, said the network will expand after its first year to welcome new members from across the United States, including ecumenical partners.

“The founders of these institutes were frequently on parallel learning curves, treading the same ground, with limited budgets and little outside guidance,” he said. “A support network was needed, so each could more efficiently and effectively promote their programming, share ideas, build on the successes of others and amplify impact.

“The network will also allow collaboration between these institutes in advancing their shared mission,” Le Chevallier said.

All six institutes were inspired by the same vision of Catholic layman Thomas Levergood and Catholic scholars at the University of Chicago — to bring the Catholic intellectual tradition to the secular university.

Cardinal Francis E. George of Chicago backed the vision, which resulted in the founding of the Lumen Christi Institute in 1997.

For 25 years, Lumen Christi’s mission has been to engage students and faculty at the University of Chicago in an ongoing and thoughtful dialogue between the sciences and Catholic thought.

This mission is carried out through conferences and seminars with top academics at the university, such as Bernard McGinn, Father David Tracy and Jean-Luc Marion, and from around the world.

The idea soon caught on. In 2000, Levergood assisted in establishing the St. Anselm Institute at the University of Virginia. He offered guidance in the creation the Collegium Institute in 2013, introducing its founding board to key financial backers.

He similarly advised the Nova Forum and the Harvard Catholic Forum in their founding in 2020, and COLLIS at Cornell University in 2021.

As executive director of the Lumen Christi Institute for 24 years, Levergood also supported the creation of several Catholic think tanks and professional associations that address issues in the areas of science, economics and criminal justice.

Levergood died last August at age 58 after a brief battle with cancer. This year’s Templeton Foundation grant cements his vision and ensures his legacy, said Le Chevallier, who worked with Levergood for 10 years.

Le Chevallier explained that the science-and-religion focus of the In Lumine Network is a response to the “enthusiasm” among students and faculty “to probe deeper questions emerging from the application of new technologies and the growing tech-oriented programs of the university.”

As part of the grant, Lumen Christi also will organize a national science and religion summit in the project’s second year.

Stephen Barr, president of the Society of Catholic Scientists, says the new Templeton-funded projects will help dispel the myth among Catholics and non-Catholics that a chasm exists between science and religion.

The Society of Catholic Scientists is an international organization that has grown since its founding in 2016 to 1,600 members in 50 countries. Its mission is to “foster fellowship among Catholic scientists and to witness to the harmony of faith and reason,” according to its website.

Barr had worked with Levergood and the Lumen Christi Institute, which helped organize and fund the society’s first annual conference in 2017.

“Many people think that they have to choose between the Catholic faith and science,” said Barr, a professor emeritus of physics from the University of Delaware. “This is due to myths and confusions that far too often have been allowed to go unanswered.”

“Fortunately, this is beginning to change, as Catholic scientists, scholars and a variety of new Catholic organizations, like Lumen Christi and others, have risen to the challenge” of addressing the gap, he said.

“The Catholic intellectual tradition has a tremendous amount that it can, and should, offer as a gift to leading, private, secular universities,” he said. “As today’s universities struggle to connect teaching and research, ethics and the marketplace, culture and the common good, Catholic intellectuals bring new resources, perspectives and energy to their schools.”

Albertson said being part of the In Lumine Network will allow his institute to organize new programming with science students and faculty on campus.

“So far, Nova Forum has engaged the humanities and the law school at USC,” he said.

“I hope our longer Catholic perspective will provide a platform for all disciplines to focus on the indissociable moral and religious center of all human scientific enterprises, which is being and remaining human,” he added.

For more information about the In Lumine Network, visit the website of the Lumen Christi Institute.

NEXT: Monasticism sees a bump as people seek meaning