After man disrupts audience, pope leads a Hail Mary for him 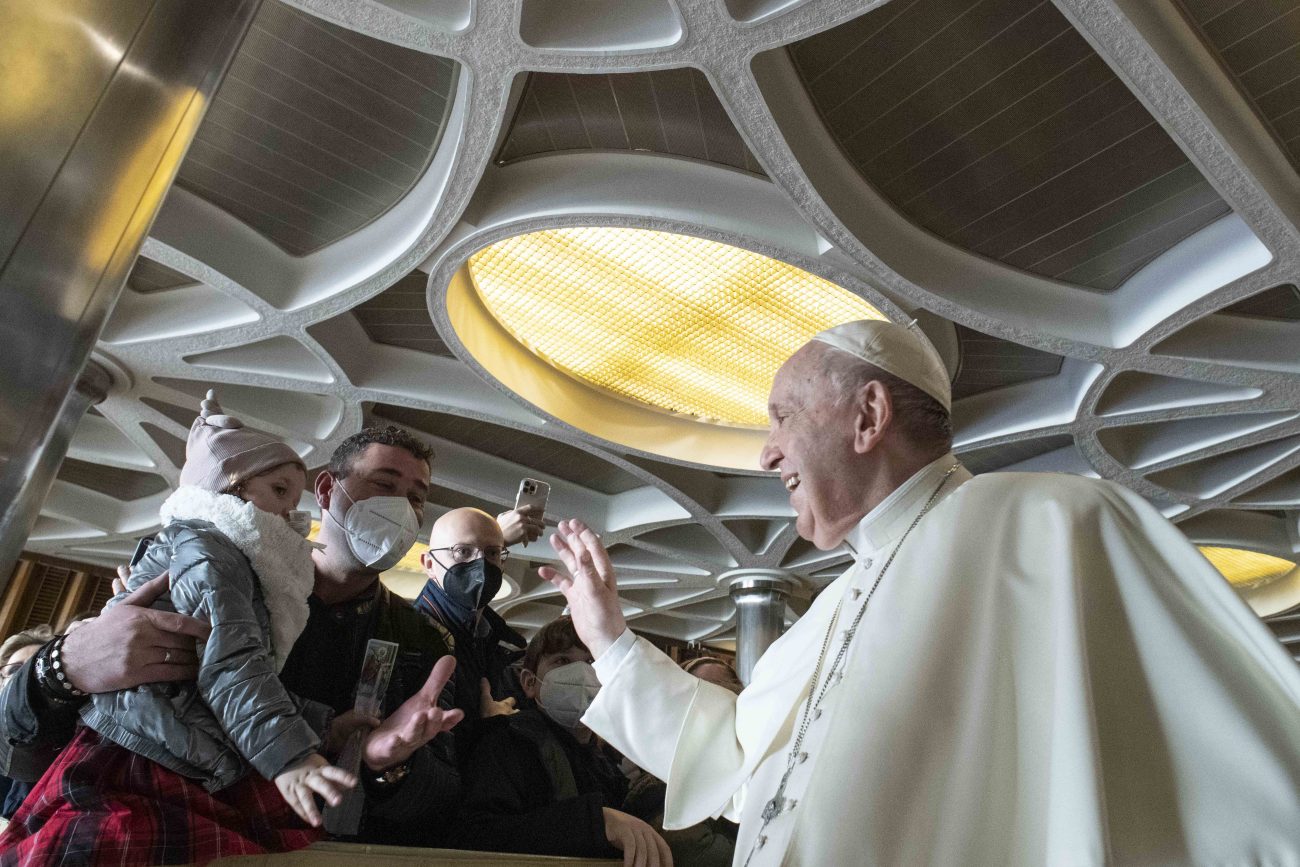 Pope Francis greets people during his general audience in the Paul VI hall at the Vatican Feb. 2, 2022. (CNS photo/Vatican Media)

VATICAN CITY (CNS) — Pope Francis said that when he was little, he thought the phrase “the communion of saints” in the Creed meant that the saints in heaven were receiving Communion.

Instead, the communion of saints expresses how “every member of the church is bound to me in a profound way and this bond is so strong that it cannot be broken even by death,” he said Feb. 2 during his weekly general audience.

Concluding his series of audience talks about St. Joseph, Pope Francis recited a prayer he said he has recited every day for more than 40 years. 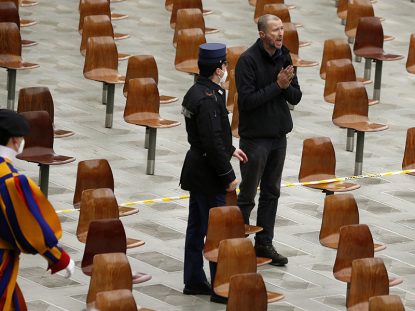 But while he was reading it, a man in the back of the audience hall began shouting, including about wearing masks. Vatican police escorted him out of the building.

As soon as he finished his prayer, Pope Francis told the people in the hall that the man had a problem; “I don’t know if it is physical, psychological or spiritual, but he is our brother with a problem. I would like to finish by praying for him, our brother who is suffering, poor man. If he’s yelling it is because he is suffering, has some problem. Don’t be deaf to the needs of this man.”

The pope then led the crowd in praying a Hail Mary for him.

In his main audience talk, Pope Francis said he wanted to be clear about the difference between devotion to a saint, even to St. Joseph or Mary, and superstition or idolatry.

“Sometimes even Christianity can fall into forms of devotion that seem to reflect a mentality that is more pagan than Christian,” he said. But “the fundamental difference is that our prayer and the devotion of the faithful people is not based on trust in a human being, or in an image or an object, even when we know that they are sacred.”

“It is not the saints who work miracles, but only the grace of God that acts through them,” he said. 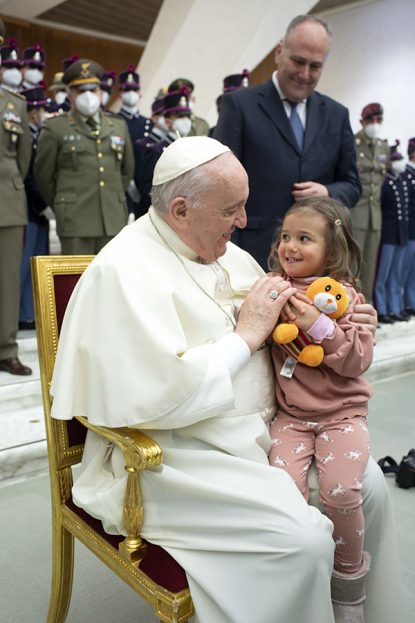 Pope Francis holds a child on his lap during his general audience in the Paul VI hall at the Vatican Feb. 2, 2022. (CNS photo/Vatican Media)

The saints, whether canonized or not, he said, are part of the community of the church, a gathering not of the perfect but of “saved sinners.”

And just as a person can have a friendship with another parishioner, he or she can have a relationship “with a brother or sister in heaven,” the pope said.

“The saints are friends” and devotion “is actually a way of expressing the love that comes from this bond that unites us.”

“In Christ no one can ever truly separate us from those we love,” he said. “Only the manner of being with them changes, but nothing and no one can break this bond.

“The communion of saints holds together the community of believers on earth and in heaven.”

NEXT: Pay no attention to conspiracy-theory archbishop, Italian security told