Europeans, shocked at Russian invasion of Ukraine, pray for peace 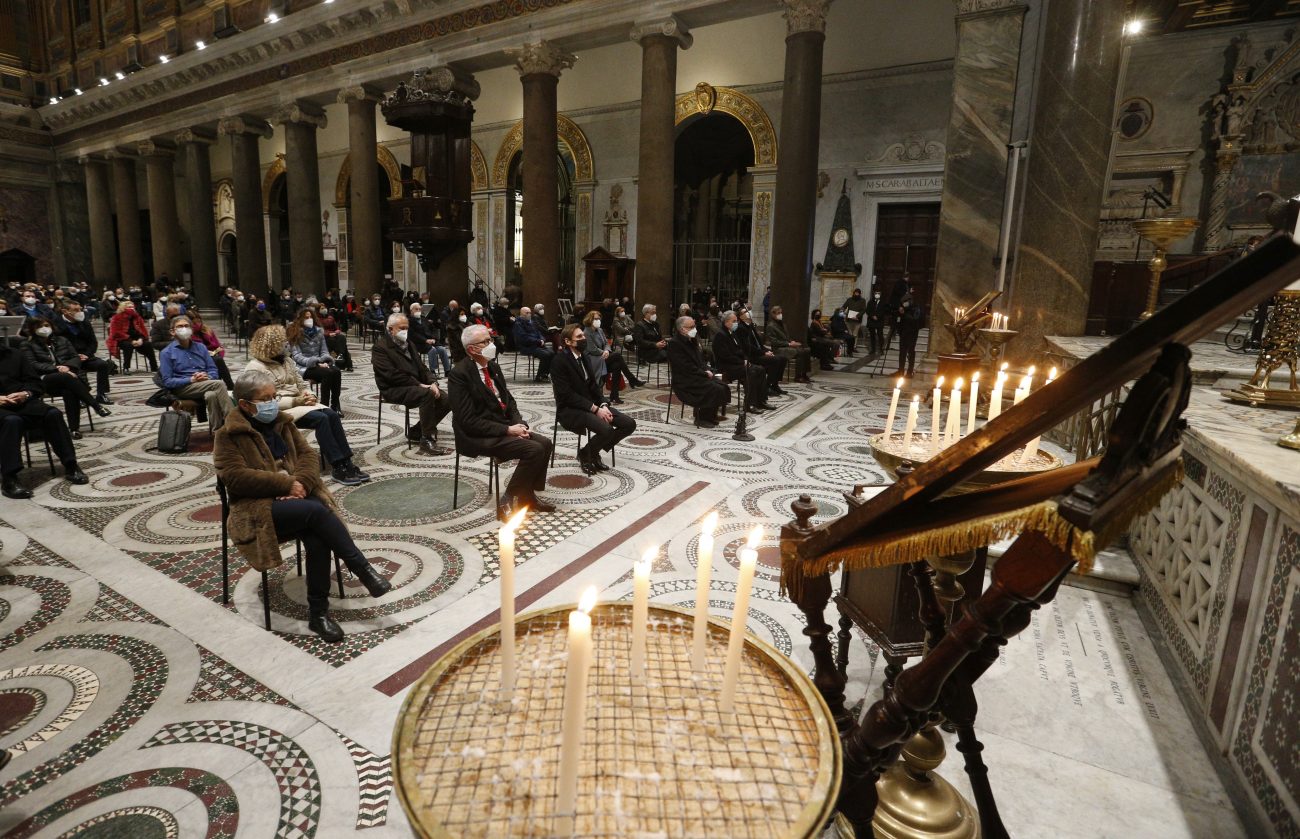 People attend an evening prayer service hosted by the Community of Sant'Egidio at the Basilica of Santa Maria in Trastevere in Rome Feb. 24, 2022. During special prayers for peace, Andrea Riccardi, founder of the community, gave an impassioned plea against the war in Ukraine. (CNS photo/Paul Haring)

ROME (CNS) — Ambassadors to the Holy See, priests, religious and laity packed Rome’s Basilica of Santa Maria in Trastevere to overflowing Feb. 24, pleading to God for peace in Ukraine.

The shock of an armed invasion in Europe also led bishops meeting in Florence to suspend their work early that day and to spend half an hour in silent prayer under Giotto’s 13th-century crucifix in the Church of Santa Maria Novella.

The 60 bishops from Europe and cities on the Mediterranean were meeting with a group of mayors from the same area to share strategies for welcoming migrants, promoting peace, defending human rights and encouraging development.

“Every conflict brings with it death and destruction, provokes suffering for the people (and) threatens the coexistence of nations,” the bishops said in a statement released before their prayer service. “The folly of war must be stopped! The bishops of the Mediterranean are well aware of this scourge, which is why they ask with one voice for peace.”

In Rome, at the evening prayer service of the Community of Sant’Egidio, the group’s founder, Andrea Riccardi, expressed the incredulity of many Europeans over Russia starting a war on the continent.

“It seems to me the biggest war on European soil since 1945, at least for the size of the country it involves and for the fact that it involves a superpower,” Riccardi said.

People of goodwill feel pain and sorrow for the victims of the war, for those being forced to flee and for “the young lives put at risk,” he said.

But, also, he said, there is a sense that “peace has been wasted.”

“In 1989, with the fall of the (Berlin) Wall,” Riccardi said, “it seemed that the time had come for a great peace in place of the Cold War — the beginning of a century of peace, at least in Europe.”

And yet, he said, nations continued to develop, buy and deploy weaponry and to use increasingly “aggressive” language about each other.

“There was a growth of nationalism, which has different characteristics in every country, but always sees the other as a usurper and oneself as a victim,” he said. “There was an attempt to gain for one’s own interests and not for the peace of all. And we’ve all lost.”

Riccardi also lamented the failure of ecumenism to convince Christians that their unity in baptism is more important than their national belonging.

In the case of Russia and Ukraine, but elsewhere as well, he said, the divisions have made Christians “irrelevant,” but they cannot stop Christians from praying for peace.

In Germany and other countries, bishops also invited people to pray, and many urged them to contributed to Catholic charitable agencies helping with Ukrainians forced to flee their homes.

“The unthinkable has happened … Russian troops have invaded Ukraine and thereby undermined the sovereignty of the Ukrainian people,” Archbishop Heiner Koch wrote in a letter to parishioners in the Archdiocese of Berlin.

“We continue to be united in prayer and hope in these difficult hours. May God protect Ukraine and give strength to the people of Russia who are standing up for peace,” he said. 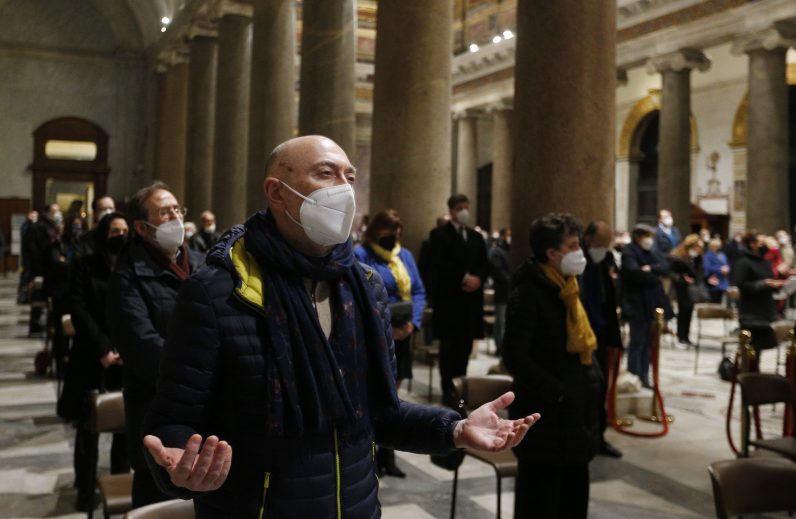 People pray during an evening prayer service hosted by the Community of Sant’Egidio at the Basilica of Santa Maria in Trastevere in Rome Feb. 24, 2022. During special prayers for peace, Andrea Riccardi, founder of the community, gave an impassioned plea against the war in Ukraine. (CNS photo/Paul Haring)

NEXT: Pope visits Russian Embassy to express concern over war