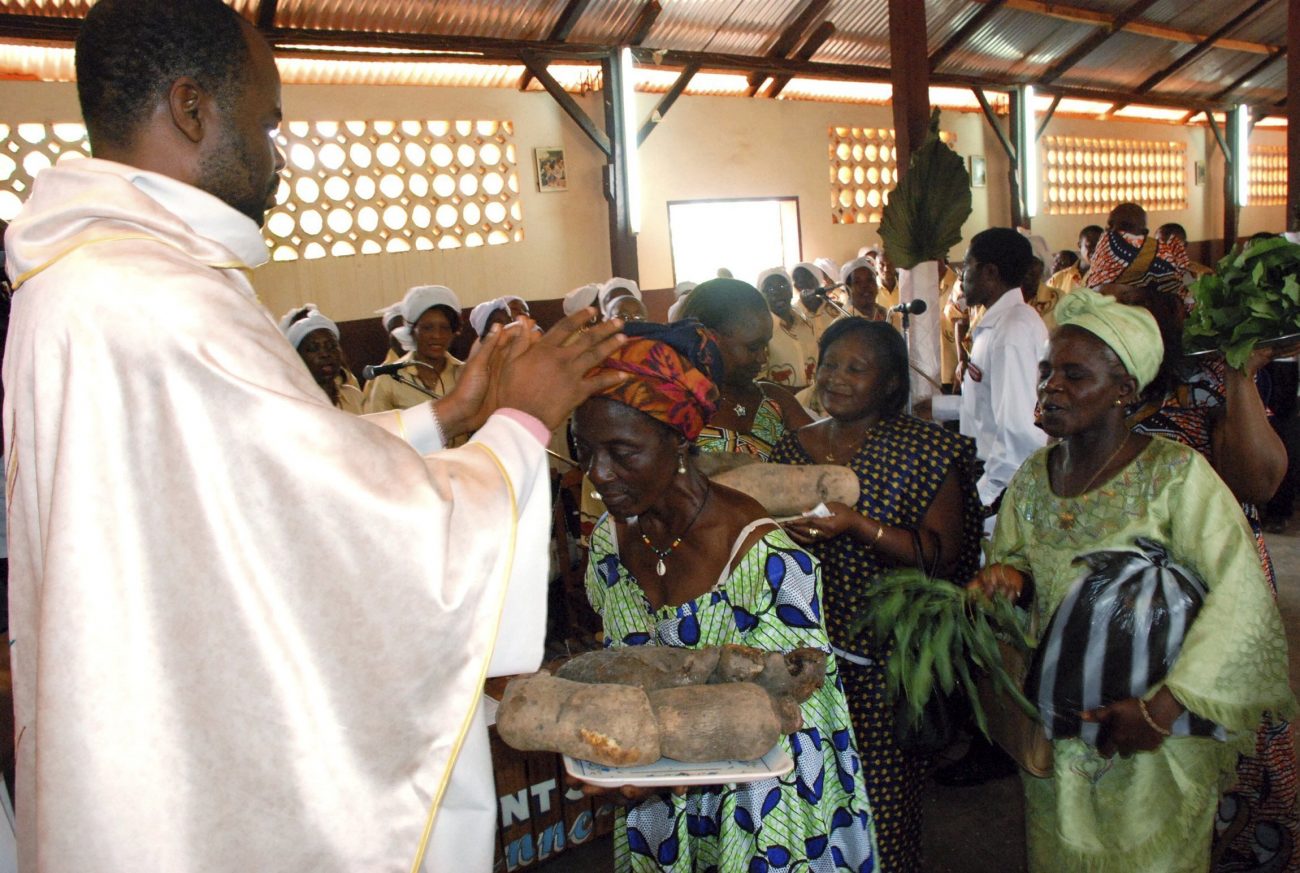 A priest is pictured in a file photo accepting offertory gifts during Mass at St. Therese of the Child Jesus Catholic Church in Yaounde, Cameroon. The Vatican's Central Office of Church Statistics says global Catholic population has reached 1.36 billion, with largest percentage of growth in Africa and Asia. (CNS photo/Saabi, Galbe.Com)

VATICAN CITY (CNS) — The number of Catholics and of Catholic men and women who devote their lives to serving them continues to grow in Africa and Asia, Vatican statistics show, but pastoral ministry is still much more readily available to Catholics in Europe.

At the end of 2020, the number of Catholics in the world reached 1.36 billion, an increase of 16 million over the previous year, according to the Vatican’s Central Office of Church Statistics, which published a brief overview of the global numbers in early February.

While Catholics remained about 17.7% of the global population, their numbers grew in Africa by about 2.1% and in Asia by 1.8% while in Europe the increase was just 0.3%, said the summary, which was based on numbers reported Dec. 31, 2020.

The total number of diocesan and religious-order priests decreased globally to 410,219, the Vatican office said. But the decrease was due to falling numbers in Europe, North America and Oceania. The number of priests increased in Africa and Asia.

The number of religious brothers rose in 2020 to 50,569, the office said, with the numbers going up in Africa, Asia and Europe. And while the number of women religious in Africa and Asia increased, the total was not enough to offset the declines in Europe, the Americas and Oceania. The total number of professed women, it said, was 619,546 at the end of 2020.

The number of permanent deacons — 48,635 — was a slight increase over the previous year, with the majority of them serving in the Americas.

The number of seminarians decreased globally to just under 112,000 with every region except Africa showing a downturn.

NEXT: Pope decries warmongering, prays for Eastern Catholics in danger