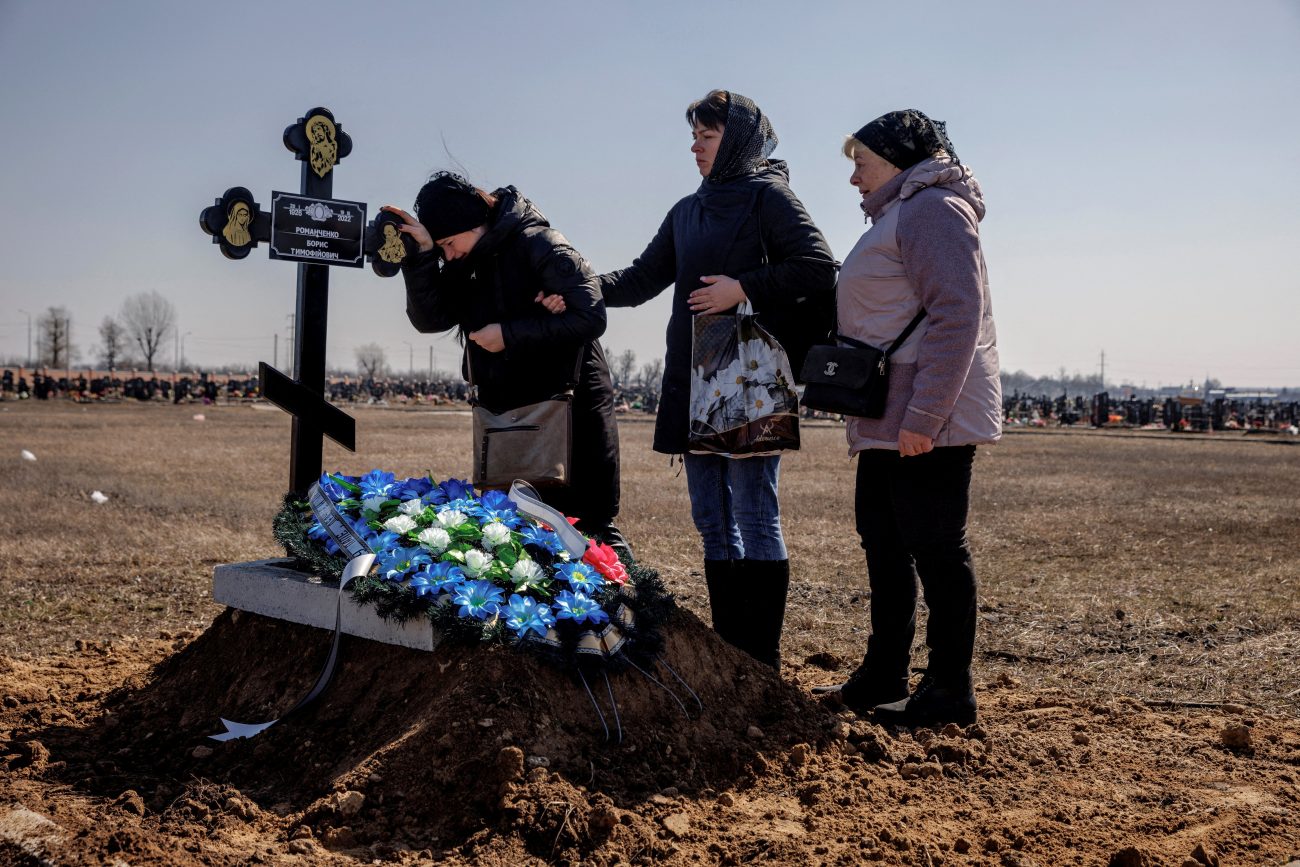 As the Russian invasion of Ukraine enters its second month, pastoral leaders are transforming a Lenten devotion into a meditation on the anguish of the war’s victims.

The archdiocesan Office for Cultural Ministries (OCM) has teamed up with Ukrainian Catholic clergy to present “Stations of the Cross for Ukraine” on April 3 at 12 p.m. at the Ukrainian Catholic Cathedral of the Immaculate Conception, located at 830 North Franklin Street in Philadelphia.

The text for the prayer service is drawn from a set of meditations published by Jesuit Father Jim McDermott, associate editor of America Magazine.

The publication’s former art director, Ukrainian-American artist and photojournalist Tatyana Borodina, has been compiling texts, emails and images from people directly impacted by the Russian attacks, and Father McDermott correlated these with each station in his text.

That synthesis is profound, said Religious Sister of the Assumption Gertrude Borres, director of the archdiocesan Office for Pastoral Care of Migrants and Refugees (PCMR), which along with the Office for Hispanic Catholics and Office for Black Catholics comprises OCM.

“It is reliving, in the suffering of Ukraine, the redemptive suffering of Jesus,” said Sister Gertrude. “This is the witness the Ukrainian people are giving us.”

Speaking by telephone from Paris to CatholicPhilly.com that day, Archbishop Gudziak said Ukraine is “being crucified before the eyes of the world.”

Major Archbishop Sviatoslav Shevchuk, head of the worldwide Ukrainian Catholic Church, said in a March 15 video message that Jesus “suffers in the body of (the Ukrainian) people” and “bears the wounds of Ukraine today upon himself.”

The invasion – which Russia launched eight years after annexing Ukraine’s Crimean Peninsula and backing the separatist Donetsk and Luhansk territories in Ukraine’s east — has been globally condemned.

The United States Institute for Peace stated the attacks mark a “historically rare moment of moral clarity,” affirming “the criminality of a war” with the “Russian assault so unprovoked and Ukrainian agony so brutal.”

Pregnant women, infants and children are among the thousands of casualties, while 4 million Ukrainian refugees — half of them children — have fled to neighboring European Union nations.

UNICEF reports another 2.5 million children are internally displaced within Ukraine, meaning that 60% of Ukraine’s children have now been driven from their homes.

Repeated talks between Ukraine and Russia have failed to produce a ceasefire. According to multiple reports from within Ukraine, Russia continued to launch attacks even after promising to scale back military action.

“You can see what is happening,” said Sister Gertrude. “The catastrophic invasion of Ukraine relives Jesus himself, in his passion and death on the cross.”

She hopes the prayer service will “strengthen us (so) we can help, each in his own way.”

“We have to pray for all of us to a have a conversion of heart, as Archbishop Gudziak has called for,” she said. “We cannot let war and violence take over our world. There should be peace.”

PREVIOUS: On 14 college campuses, young adults are heard via synod