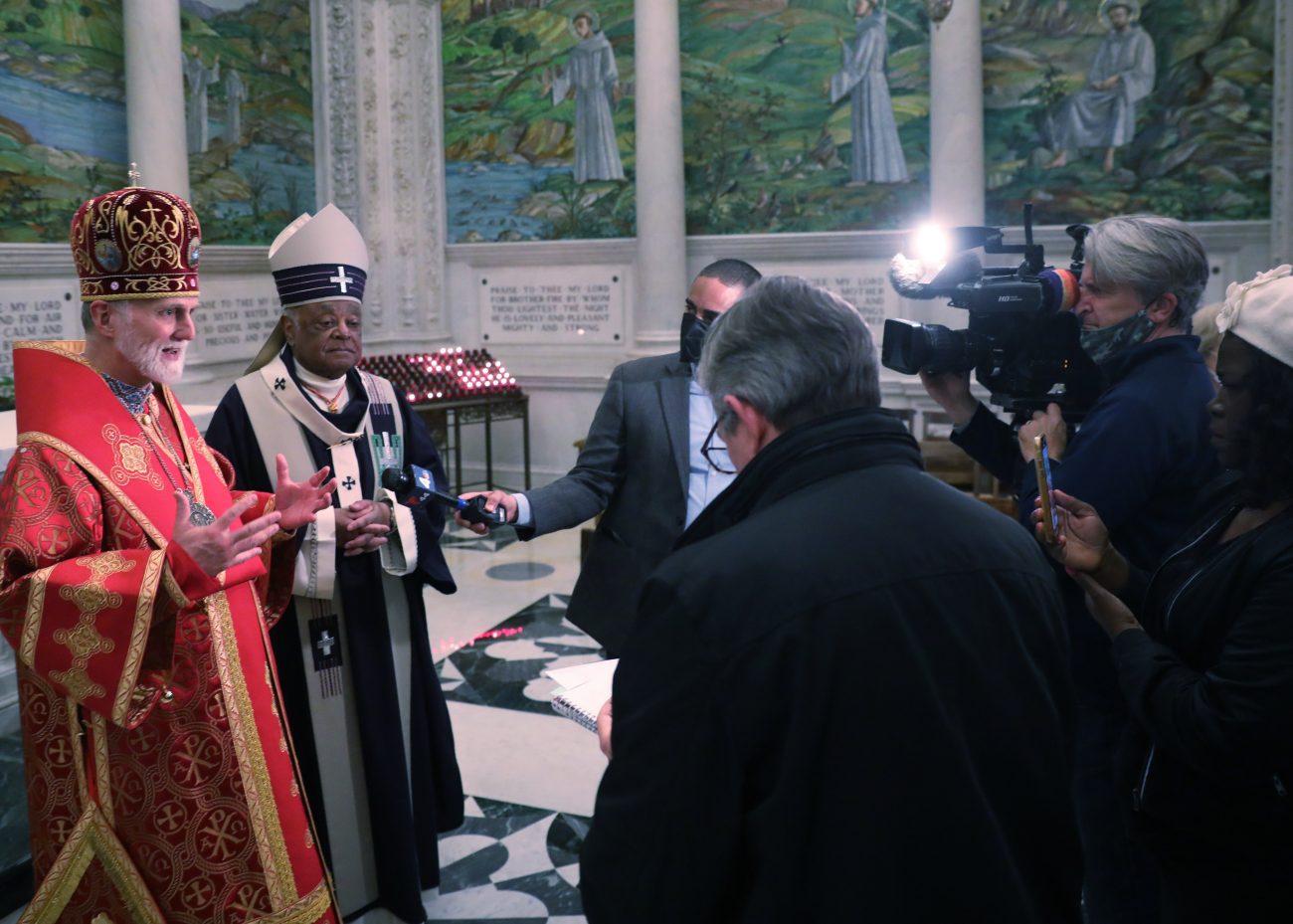 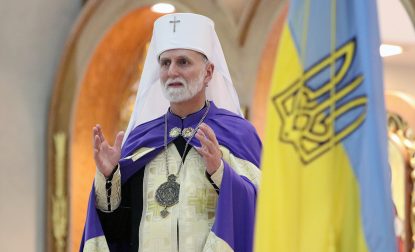 Russia has tried four times over the past 250 years to “extinguish” the church in Ukraine, he said.

Archbishop Gudziak, head of the Ukrainian Catholic Archeparchy of Philadelphia, made the comments in an interview with George Marlin, chairman of the papal-chartered Aid to the Church in Need-USA.

The U.S.-born archbishop, who founded the Institute for Church History in Ukraine after the Iron Curtain was torn down, has headed the archeparchy since 2019 and as such is the metropolitan for Ukrainian Catholics in the United States.

“We’re very grateful that churches throughout the world are praying, and prayer is very important,” Archbishop Gudziak said in the interview, a transcript of which was furnished to Catholic News Service. “Prayer brought the Soviet Union down. It wasn’t a war, it wasn’t an army.”

Many Catholics will recall being asked during the 20th century to “pray for the conversion of Russia.”

There are 23 Eastern churches in communion with Rome, of which the Ukrainian Catholic Church, with 6 million members, is the largest.

“But even if there were only 60 (Catholics), the church prevails. Jesus gave a promise the gates of hell will never prevail against the church. And we saw the incredible power of a tyranny, of a totalitarian state armed to (the) teeth with nuclear weapons, with limitless resources for repression. That Soviet Union was not able to snuff out the church,” Archbishop Gudziak said.

“The Ukrainian Catholic Church was reduced from 3,000 priests to 300. Those 300 priests in the end were serving only 1% of the pre-World War II population because in the underground you can’t have big gatherings and today (the Ukrainian church) has 3,000 priests,” he continued. “Again, we see that authoritarian powers can do great damage to Christians, to Catholics — China is an example today — but the church will prevail.”

In Russia’s current war on Ukraine, he said, “the Roman Catholic diocesan headquarters was hit in Kharkiv,” Ukraine’s second largest city. “An Orthodox priest has been killed and it is pretty clear that the head of the Ukrainian Catholic Church, (Archbishop) Sviatoslov Shevchuk, is on the hit list. He has been in a safe house. He’s moving around from bomb shelter to bomb shelter in the capital of the country. I think many bishops and priests are in an analogous situation.”

Of Russian President Vladimir Putin, Archbishop Gudziak said: “He considers that the greatest geopolitical catastrophe of the 20th century was the collapse of the Soviet Union, and he wants to rebuild an empire of those proportions. And he’s thinking, as Stalin did, well, how many divisions does the pope have? The pope and Christians have spiritual warfare.”

The archbishop added, “The whole world is united today around Ukraine. (The war) has united a fractured Europe. It brought together the North Atlantic partners. And this moral foundation is what the church works with, what Jesus preaches, what is God’s will for us, and it prevails, but it often entails great suffering.”

Archbishop Gudziak said there are three things U.S. Catholics can do to help Ukraine.

— Pray. “Pray, pray that the walls of Jericho will fall in front of prayer, in front of the power of God,” he said.

— Stay informed. “This is not a war that Russia is waging because NATO was threatening Ukraine. Ukraine, of course, is not threatening Russia. Ukraine gave up its nukes. It’s the first country to do so, in ’94,” Archbishop Gudziak said.

“Ukraine had an army of 900,000 in 1991. It was down to 6,000 in 2014. Ukraine was not a threat. The real threat is the democracy, the spirit, the freedom of the press, the civic society that developed in Ukraine. That virus, if it passed to Russia, would create great danger to an autocracy, a kleptocratic oligarchy, which Putin runs and is fostering.”

— Provide help. And here, Archbishop Gudziak suggested, Catholics can make contributions to Aid to the Church in Need at ChurchinNeed.org. “This is an organization that knows how to help. It knows where to help. It does it in the name of Jesus,” he said.

NEXT: Ukraine exodus is fastest-growing refugee crisis since WWII