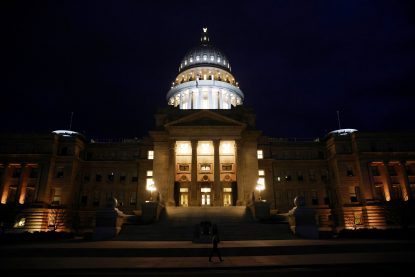 The measure, which now goes to Republican Gov. Brad Little, passed in a 51-14 House vote with no Democratic support. The state Senate had approved the legislation in early March that would allow family members to sue the medical provider who performed the abortion.

“This bill makes sure that the people of Idaho can stand up for our values and do everything in our power to prevent the wanton destruction of innocent human life,” Republican Rep. Steven Harris, the bill’s sponsor, said in a statement after the vote, The Associated Press reported.

Also on March 14, the Florida Senate passed the Reducing Fetal and Infant Mortality bill, which bans abortion after 15 weeks of pregnancy except in cases of severe fetal anomaly or to save the mother’s life or prevent a serious risk of substantial and irreversible physical impairment.

The bill, which the House passed in early March and which the state’s Catholic bishops praised, is slated to go to Florida Gov. Ron DeSantis for his signature.

In a March 15 statement about both measures, Carol Tobias, president of the National Right to Life Committee, said: “We praise Florida Right to Life and Right to Life of Idaho for their hard work in seeing these laws passed.”

“These bills will go far in protecting unborn children and their mothers from the horrors of abortion,” she added.

Christian Welp, director of diocesan projects for the Diocese of Boise and a legislative liaison for the diocese, said before the legislative session began that he was excited about the new session for the chance to make some additions to the Fetal Heartbeat Bill passed in the previous session.

In a Dec. 17 article for the Idaho Catholic Register, Boise’s diocesan newspaper, Welp said the plan in Idaho was “to make adjustments to our law to correspond to the Texas law.”

Although the Idaho bill is similar to the Texas abortion law, there are some differences.

The Texas law allows citizens to sue anyone who helps a woman obtain an abortion after a fetal heartbeat is detected, usually around six weeks and provides $10,000 plus legal fees for successful lawsuits. In the Idaho bill, family members of the woman obtaining an abortion can sue the abortion provider and obtain $20,000, plus legal fees.

The Texas abortion law does not allow exceptions for rape or incest while the Idaho bill provides such exceptions but stipulates that the women seeking the abortion need to have filed a police report and show it to the provider before they can obtain an abortion.

Under both the Texas and Idaho laws, women who have an abortion will not be prosecuted.