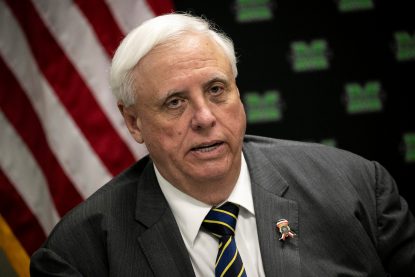 CHARLESTON, W.Va. (CNS) — Republican Gov. Jim Justice of West Virginia signed into law the Unborn Child with a Disability Protection and Education Act, which will prohibit an unborn child from being aborted due to a diagnosis of a disability.

He announced he had signed the bill in a tweet to celebrate World Down Syndrome Day March 21.

The law also requires doctors to provide educational materials and information on the support systems available to families raising children with disabilities.

“Killing an unborn child because of a disability is an extreme form of discrimination against people with disabilities,” said Karen Cross, political liaison for West Virginians for Life. “I’m so proud of the West Virginia Legislature for protecting these vulnerable babies with disabilities from abortion.”

The West Virginia Senate passed the bill in a bipartisan 27-5 vote March 12, the final day of the Legislature’s regular 60-day session. The House of Delegates OK’d it earlier in the day in an 81 to 17 vote.

The law allows exceptions for a patient who has a “medical emergency” or a “nonmedically viable fetus.” Physicians who violate the law could have their license to practice medicine suspended or revoked.

Wanda Franz, president of West Virginians for Life, said that “worldwide, a substantial body of research conducted over the past several decades has revealed that women who chose to terminate a pregnancy due to fetal anomaly compared with those who carried their babies to term are at risk for serious, prolonged mental health problems.”

Democratic Delegate Evan Hansen said the bill does nothing to help families with disabilities and called it “an attempt to use people with disabilities as props for an anti-abortion agenda, something that the disability community has not asked for, as far as I know. … It creates government overreach into personal family medical decisions.”

But Ingrid Duran, state legislative director for National Right to Life, said it provides “helpful resources for families that are given a disability diagnosis in their unborn child.”

Her organization “applauds the great state of West Virginia for putting a stop to eugenic abortions,” she said.

NEXT: Leaders seek prayer, advocacy and relief for Ukraine in war