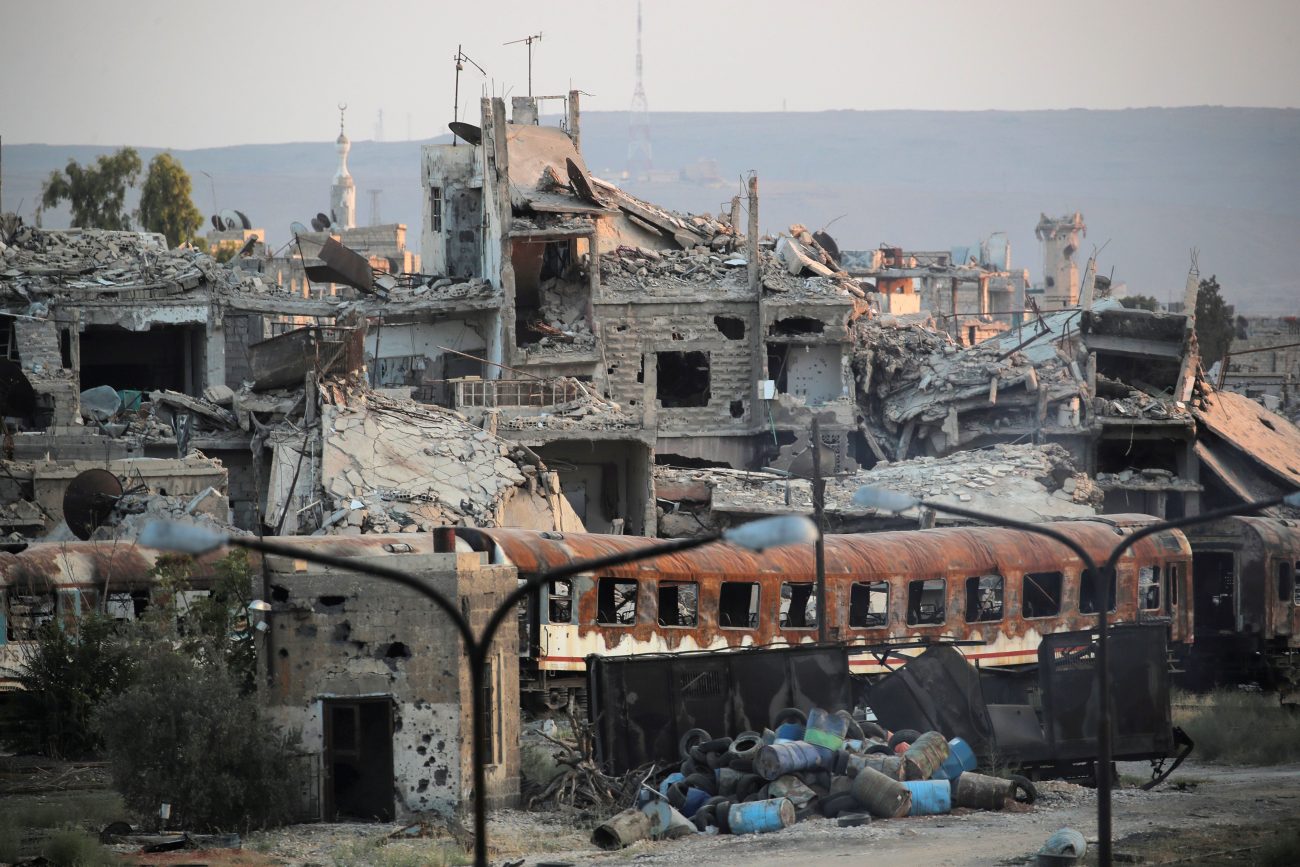 Destroyed buildings are seen near a train station in Damascus, Syria, in this Sept. 12, 2018, file photo. Cardinal Mario Zenari, the apostolic nuncio to Syria, said the war in Syria, now in its 11th year, has all but been forgotten by the media and the international community. (CNS photo/Marko Djurica, Reuters)

VATICAN CITY (CNS) — As much of the world’s attention is turned toward the COVID-19 pandemic and the current war in Ukraine, the conflict that has engulfed Syria for over a decade has been largely forgotten, said the apostolic nuncio to Syria.

Cardinal Mario Zenari also said it was “sad to see, repeated in Ukraine, the same harrowing images of pain seen in Syria: homes destroyed, deaths, millions of refugees, the use of unconventional weapons such as cluster bombs, the bombing of hospitals and schools. Seeing the exact same descent into hell as seen in Syria.”

In an interview with Vatican News published March 16, Cardinal Zenari said the 11th anniversary of the war was “a sad anniversary, first of all, because the war is not over yet and also because for a couple of years now, Syria seems to have disappeared from the media radar. First the Lebanese crisis, then COVID-19, and now the war in Ukraine have taken its place.”

According to a March 15 report by the U.K.-based Syrian Observatory for Human Rights, an estimated 610,000 people have died in the conflict, which began in 2011. More than 2.1 million people have been injured and an estimated 13 million have either fled or have been displaced within the country.

Cardinal Zenari said hope was “gone from the hearts of so many people,” especially young people, “who see no future in their country.”

“A nation without young people, and without qualified ones at that, is a nation without a future,” he said. “The Syrian catastrophe is still the most serious man-made humanitarian disaster since the end of the Second World War.”

“Until a couple of years ago, I used to receive phone calls from various parts of the world for interviews and information on the Syrian conflict,” he said. “Now the phone is no longer ringing. This is another great misfortune that has happened to Syria: falling into obscurity. This obscurity is hurting people a lot.” 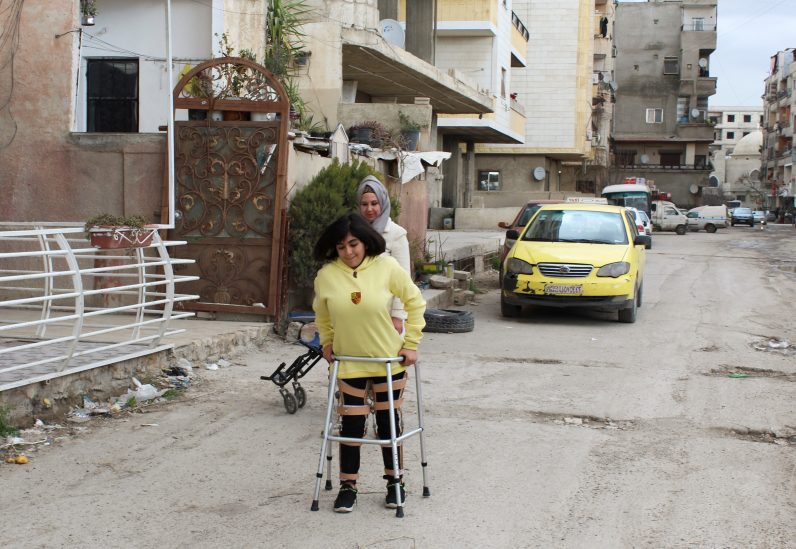 Ghazal Jbouli, a Syrian girl injured in war, walks with the help of a walker along a street in Damascus, Syria, March 12, 2022. Cardinal Mario Zenari, the apostolic nuncio to Syria, said the war in Syria, now in its 11th year, has all but been forgotten by the media and the international community. (CNS photo/Firas Makdesi, Reuters)

NEXT: Where to give to help Ukraine