Where to give to help Ukraine 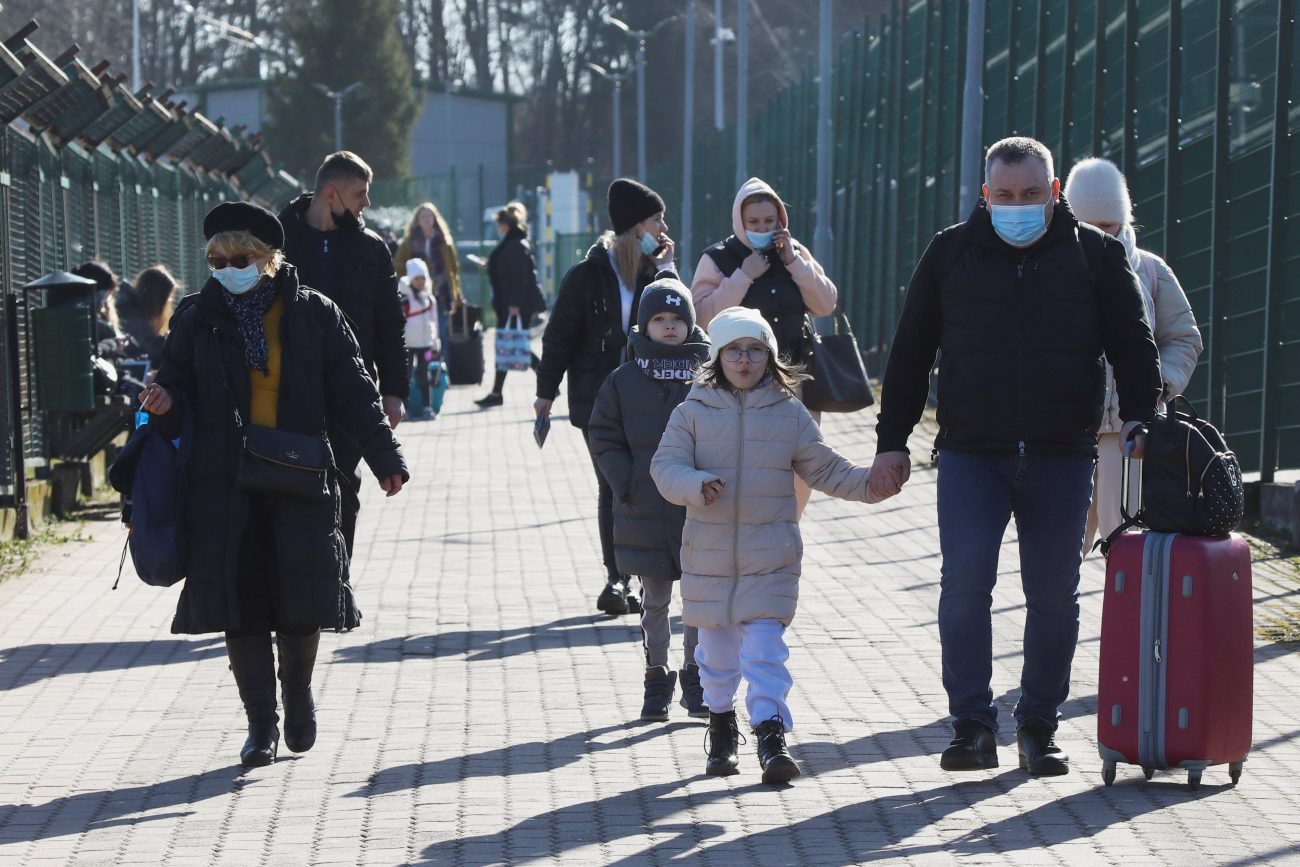 A family carrying their belongings walks at the border crossing between Poland and Ukraine in Medyka, Poland, Feb. 24, 2022, after Russian President Vladimir Putin authorized a military invasion in Ukraine. (CNS photo/Kacper Pempel, Reuters)

WASHINGTON (CNS) — Various Catholic agencies are collecting donations to aid with the humanitarian crisis in Ukraine, as people flee to escape Russian bombing and shelling. Below are some ways to donate. This list is not exhaustive.

The international Caritas confederation through Caritas.org is collecting funds to help Caritas Ukraine. In the United States, that is through Catholic Relief Services.

The Ukrainian Catholic Archeparchy of Philadelphia also has a donation page.

Two pontifical agencies also are taking donations for Ukraine: Catholic Near East Welfare Association, and Aid to the Church in Need.

Internationally, Aid to the Church can be reached here.

The relief funding will be used to provide shelter, food, medical supplies, clothing and religious goods, as well as other humanitarian needs as identified, both directly in Ukraine and through refugee sites in Poland.

Donations can also be made to Jesuit Refugee Service at www.jrsusa.org to support the agency’s work in Europe “to accompany, serve, and advocate for those forced to flee from war and conflict.”

The U.S. Bishops’ Collection for the Church in Central and Eastern Europe designated its annual collection, taken in most diocesan parishes on Ash Wednesday, to support Ukraine and the surrounding region as a result of Russia’s invasion.

It offers two ways to give: electronically, through iGiveCatholicTogether; or by mail, with an address here.

The Salesians also are accepting donations to help refugees, here.

The International Catholic Migration Commission has set up an emergency appeal for Ukraine, with a donation link here.

AVSI-USA also is collecting for partners helping with Ukrainian refugees.

NEXT: War in Ukraine ‘leaves us dumbfounded,’ pope says