Pope leaves door open for dialogue by not criticizing Russia 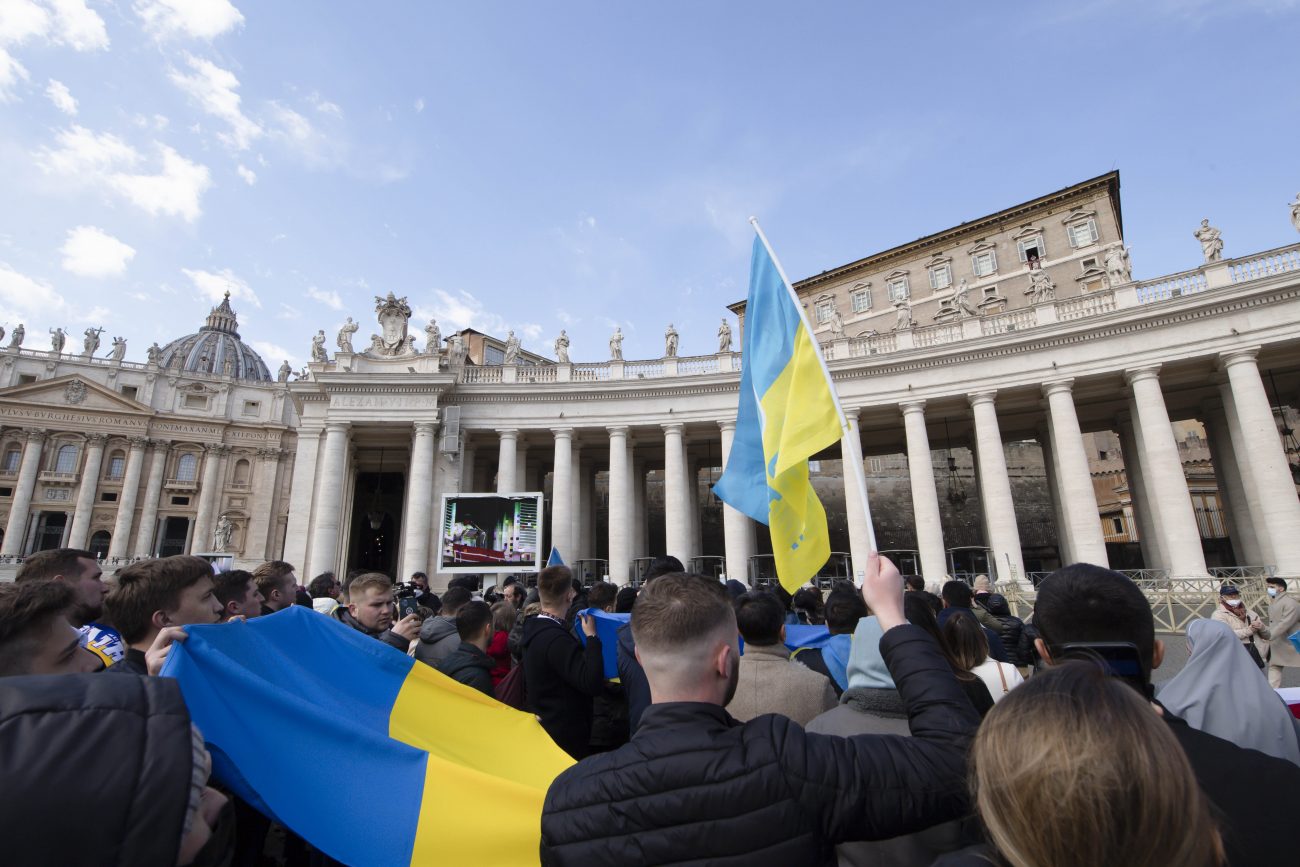 A person waves a Ukrainian flag in St. Peter's Square as Pope Francis leads the Angelus from the window of his studio overlooking the square at the Vatican Feb. 27, 2022. (CNS photo/Vatican Media)

VATICAN CITY (CNS) — Condemning violence and expressing his concern for and solidarity with Ukraine, Pope Francis has not uttered the word “Russia” publicly.

While Russian President Vladimir Putin has become a pariah in the West, Pope Francis has continued the long Vatican tradition of not condemning one side in a war, even when it is blatantly evident who the aggressor is.

A Vatican diplomat told Catholic News Service March 1 that the pope must keep a door or window open for dialogue, even if it was a long shot.

While he repeatedly voiced his concern for Ukraine and Ukrainians in that post-Angelus appeal, he did not name Russia.

But it would be difficult not to understand which leader he was talking about when he said, “One who wages war forgets humanity” and the real lives of the people who will suffer. Instead, he said, one who wages war “puts partisan interests and power before everything. He relies on the diabolical and perverse logic of weapons, which is the furthest thing from God’s will, and distances himself from the ordinary people who want peace” and are the real victims of every conflict. 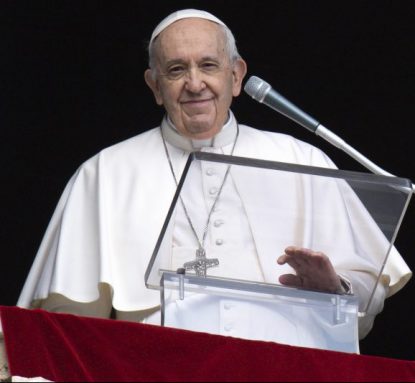 Pope Francis leads the Angelus from the window of his studio overlooking St. Peter’s Square at the Vatican Feb. 27, 2022. (CNS photo/Vatican Media)

the next day in an interview with four Italian newspapers even as he offered the Vatican’s service to facilitate negotiations with Russia.

“Although what we feared and hoped would not happen has happened — the war unleashed by Russia against Ukraine — I am convinced that there is always room for negotiation,” the cardinal had said.

Some “ecumenical” motivation for the pope not mentioning Russia by name also must acknowledged, a Vatican official said March 1, but one cannot go so far as to claim the pope is putting the sensitivities of the Russian Orthodox before the lives of Ukrainians and the autonomy of their nation.

And in fact, the official said, the pope does not want to step into the tensions already existing among Orthodox in the region, even if there is hope that eventually he could have some influence with Russian Orthodox Patriarch Kirill of Moscow, who is seen as a close ally of Putin.

In January 2019, Ecumenical Patriarch Bartholomew of Constantinople signed a decree recognizing an independent church in Ukraine despite strong criticism from the Russian Orthodox Church, which sees Ukraine as part of its church territory. Patriarch Kirill, in protest, excommunicated Patriarch Bartholomew and severed communion with him and his followers.

When the fighting began in late February, the independent Orthodox Church of Ukraine obviously stood with its people in condemning the Russian invasion, but the Ukrainian church aligned with Moscow also spoke of the situation as “tragic” and offered its prayers especially for the Ukrainian soldiers “who stand guard and protect and defend our land and our people.” 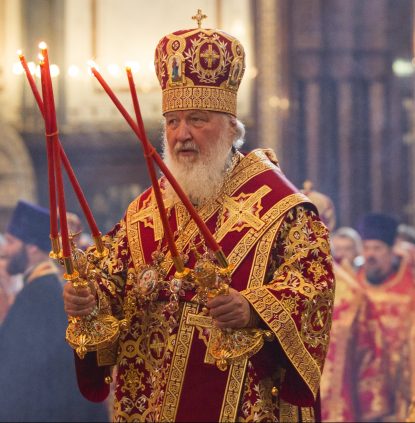 Russian Orthodox Patriarch Kirill of Moscow celebrates the Divine Liturgy at the Cathedral of Christ the Savior in Moscow in this May 24, 2017, file photo. (CNS photo/Robert Duncan)

After the invasion Feb. 24, Patriarch Kirill issued a statement saying, “I take the suffering of people caused by the events taking place with deep and heartfelt pain.”

“As the patriarch of all Russia and the primate of a church whose flock is located in Russia, Ukraine and other countries, I deeply empathize with everyone affected by this tragedy,” he continued. “I call on all parties to the conflict to do everything possible to avoid civilian casualties.”

But in that statement and again Feb. 27, Patriarch Kirill also seemed to hint at a connection between Russians and Ukrainians that had traces of Putin’s assertion that Russians and Ukrainians are essentially one people, that Ukraine as a nation is an artificial construct and that Ukraine’s current leaders were trying to destroy the last vestiges of Russian identity in their multilingual nation.

“The Russian and Ukrainian peoples have a common centuries-old history dating back to the baptism of Rus’ by Prince St. Vladimir,” Patriarch Kirill said Feb. 24; the Ukrainians would refer to the 988 baptism of “Kyivan Rus” — including a reference to the people of Kyiv — as the origin of Christianity in the region.

Speaking at the end of a liturgy in Moscow Feb. 27, as the Russian offensive continued to meet Ukrainian resistance, Patriarch Kirill’s tone became graver: “God forbid that the present political situation in fraternal Ukraine so close to us should be aimed at making the evil forces that have always strived against the unity of Rus’ and the Russian church gain the upper hand.”

“God forbid that a terrible line stained with the blood of our brothers should be drawn between Russia and Ukraine,” he said, according to an English text posted on the Moscow Patriarchate’s website. “We should do everything to preserve peace between our peoples while protecting our common historical motherland against every outside action that can destroy this unity.”

NEXT: ‘My place is here,’ says pope’s representative in Ukraine