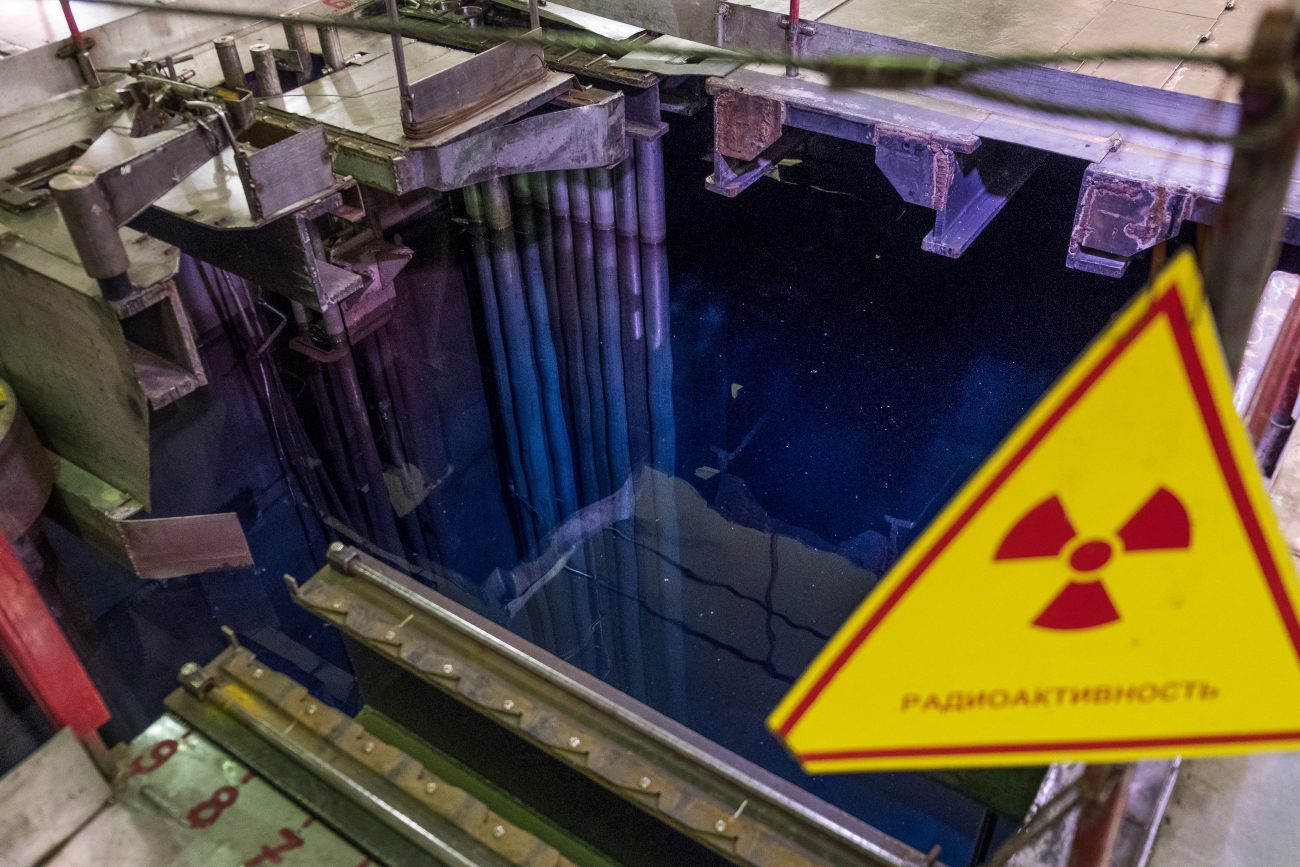 Fuel assemblies are pictured in water with a sign reading "Radioactivity" at a wet spent fuel storage facility in Chernobyl, Ukraine, in this handout image taken in May 2017. The Pontifical Academy of Sciences has warned that Russia's war on Ukraine raises the possibility of the use of nuclear weapons and the unleashing of radioactive material from nuclear power plants. (CNS photo/European Bank for Reconstruction and Development/handout via Reuters)

VATICAN CITY (CNS) — Russia’s war on Ukraine frighteningly raises the possibility of the use of nuclear weapons, the unleashing of radioactive material from nuclear power plants and a new push to develop or acquire nuclear weapons, including by terrorists, said members of the Pontifical Academy of Sciences.

Russian President Vladimir Putin’s veiled threats to use nuclear weapons, his order to put Russia’s nuclear forces on high alert and the lack of care his troops took when they controlled the former Chernobyl nuclear power plant raise alarms that must be taken seriously, said members of the council of the pontifical academy.

— The “intentional or unintentional destruction of nuclear power plants with grave consequences for large populations.”

— The “uncontrolled leakage of nuclear waste that can be used for so-called dirty bombs.”

— “The potential use of so-called tactical nuclear weapons in battlefields, for instance in the Ukraine.”

— “The use of powerful nuclear weapons and other weapons internationally beyond Ukraine when war further escalates.”

The academy’s council said that “serious inequities among nations and within nations, shortsighted national or partisan ambitions and lust for power are the seeds of conflict which may lead to general and nuclear warfare.”

Poverty and hunger fuel social discord and threaten peace, they said, and “nuclear pollution of agricultural fields would prevent farming for the long run. Already (the) hinderance of farming in Ukraine and food trade from Ukraine and Russia exacerbate the world food crisis because large quantities of basic foods were produced there for the world.”

Even without the use of nuclear weapons, the scientists said, the increasing sophistication of conventional weapons has meant “increased vulnerability, not only of individuals, especially non-belligerents, including children, women, the elderly and the sick who are indiscriminately terrorized, or forced to migrate, but of humanity as a whole and of the planet.”

In addition to calling on government leaders to push harder for the end of the war in Ukraine and the beginning of serious negotiations, members of the pontifical academy’s council urged every individual everywhere in the world “to insist that the avoidance of war is a common responsibility, to combat the belief that wars are unavoidable, and to labor unceasingly to ensure the future of generations to come.”

“Avoiding wars and achieving a meaningful peace,” they said, “require not only the powers of intelligence, knowledge and science, but also those of goodwill driven by love and justice, ethical virtues, morality, responsibility, values and conviction.” 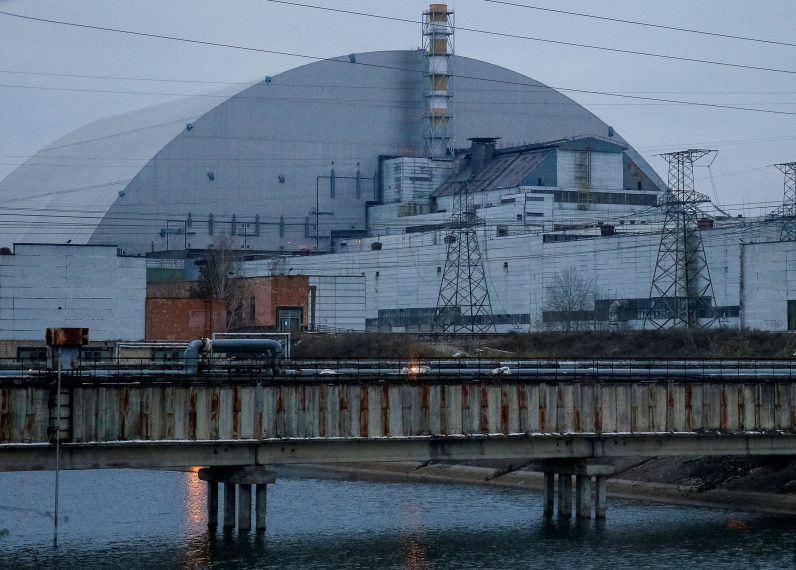 A general view shows the New Safe Confinement structure over the old sarcophagus covering the damaged fourth reactor at the Chernobyl Nuclear Power Plant in Chernobyl, Ukraine, in this Nov. 22, 2018, file photo. The Pontifical Academy of Sciences has warned that Russia’s war on Ukraine raises the possibility of the use of nuclear weapons and the unleashing of radioactive material from nuclear power plants. (CNS photo/Gleb Garanich, Reuters)

NEXT: ‘Let an Easter truce begin’ in Ukraine, pope says