Kentucky diocese to restore Communion under both species 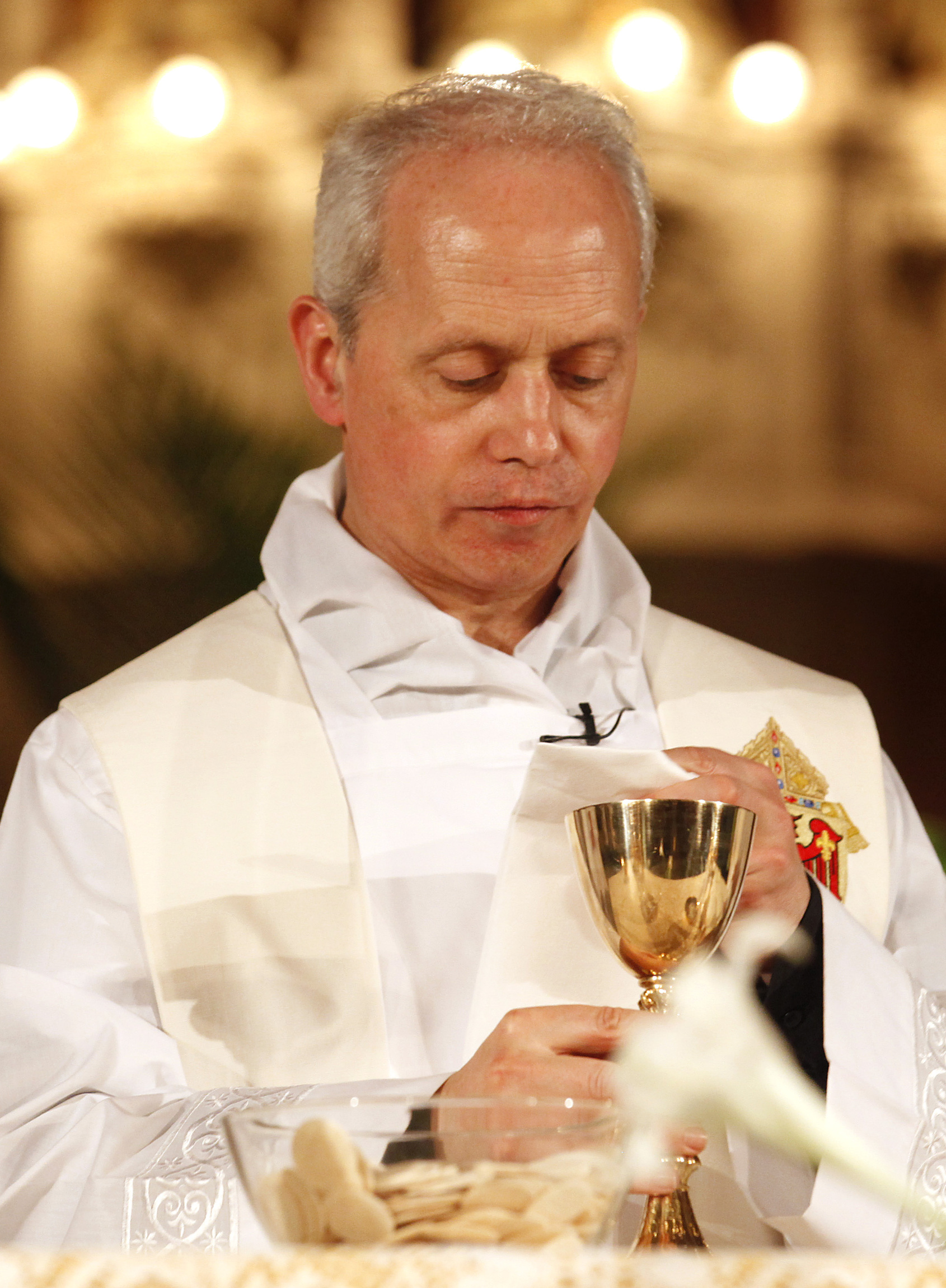 A priest wipes the chalice during Communion at a Chicago church in this CNS file photo. (CNS photo/Karen Callaway, Catholic New World)

OWENSBORO, Ky. (CNS) — U.S. Catholics’ relationship with the Eucharist was largely altered with the COVID-19 pandemic, but some semblance of normalcy concerning Communion is about to return for Catholics in the Diocese of Owensboro.

Bishop William F. Medley of Owensboro announced in April that the suspension of the Communion host received on the tongue and wine from the chalice will be lifted June 19 on the feast of Corpus Christi.

In his letter to the priests of the diocese, Bishop Medley said Corpus Christi this year would have additional significance as the COVID-19 restrictions on the Eucharist are lifted and as the diocese joins the rest of the Catholic Church in the U.S. in a three-year eucharistic revival.

Like most regions of the country, the Diocese of Owensboro suspended in-person liturgies in its parishes and shifted to livestreaming Mass for several months in 2020, making the reception of Eucharist difficult, if not impossible for most Catholics.

Once public worship was restored later in 2020, health guidelines required masking and social distancing in the pews during liturgies, as well as the suspension of receiving Communion on the tongue or receiving the precious blood from the chalice.

As COVID-19 cases steadily declined in the region, different restrictions — such as keeping the holy water fonts empty, masking requirements and social distancing — have been lifted.

In his April 7 letter, Bishop Medley expressed his gratitude to the priests “for your ceaseless care of the souls and hearts of the people we are called to serve.”

“Amid all the turmoil of the pandemic, I believe that most people found an oasis of peace and hope in us — even through times of closed churches, limited worship, distancing and masking,” he said.

The bishop emphasized the importance of catechesis in the parishes to educate the faithful on properly receiving Communion on the tongue, as well as retraining the Extraordinary Ministers of Holy Communion to adequately cleanse the lip of the chalice after each communicant.

Lauren Johnson, co-coordinator of the diocese’s Office of Worship, said early saints of the church have had different preferences on how one receives the Eucharist.

“St. Thomas Aquinas strongly believed that the laity should only receive Communion on the tongue as a matter of reverence,” said Johnson. “On the other hand, fourth century bishop, St. Cyril of Jerusalem, spoke of the reverence of receiving Communion in the hand as if to ‘make a throne’ for Christ.”

Since both options are today fully approved by the church, “both can show due reverence and devotion to Christ our Lord when the communicant receives with a disposition of humility and adoration,” she said.

Johnson called it “incredibly significant” that Bishop Medley chose Corpus Christi as the date to restore these Communion options.

“This feast was established in 1246 to instill the truth of the Real Presence of Christ in the Eucharist, which is precisely what the restoration of these options speaks to and why they matter,” she said.