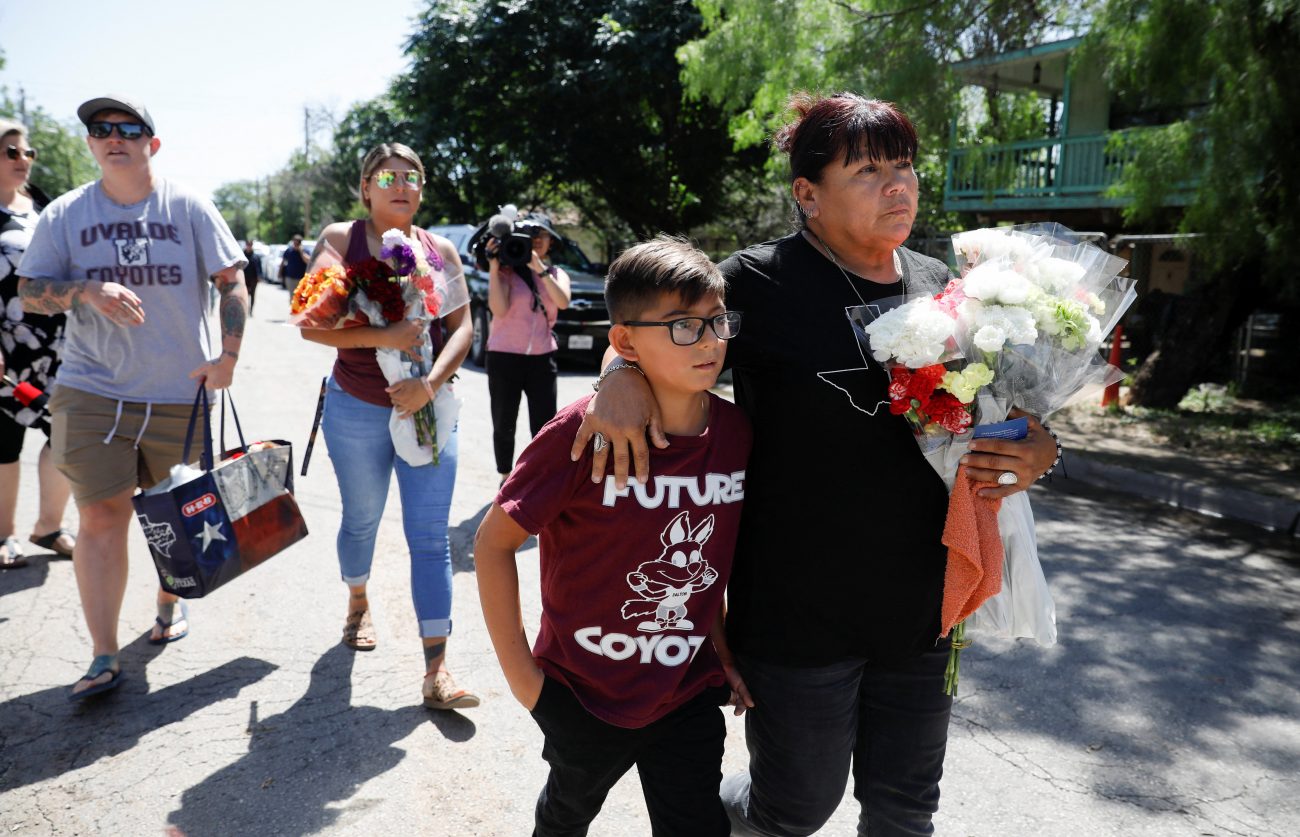 Dora Flores and her grandson arrive at Robb Elementary School in Uvalde, Texas, May 25, 2022, with flowers the day after a mass shooting. (CNS photo/Marco Bello, Reuters)

VATICAN CITY (CNS) — Saying his heart was broken at the news of at least 19 children and two adults being shot and killed at a Texas elementary school, Pope Francis said it was time to say “Enough!” and enact stricter laws on gun sales.

At the end of his weekly general audience May 25, with thousands of people gathered in St. Peter’s Square, the pope prayed publicly for the victims of the shooting the day before at Robb Elementary School in Uvalde, Texas.

“With a heart shattered over the massacre at the elementary school in Texas, I pray for the children and adults who were killed and for their families,” the pope told the crowd.

“It is time to say, ‘Enough!’ to the indiscriminate trafficking of guns,” the pope said. “Let’s all work to ensure that such tragedies never happen again.”

Shortly before the audience, Archbishop Gustavo García-Siller of San Antonio, an archdiocese that includes Uvalde, tweeted: “Holy Father Pope Francis, say some prayers for the souls of our little ones killed today and two teachers. Uvalde is in mourning. The families are having a very dark time. Your prayer will do good to them.”

Local authorities said the children and adults were killed by an 18-year-old student from a high school nearby. He also was reported dead and at least three children remained hospitalized for injuries suffered in the attack.

NEXT: In wake of Buffalo massacre, Catholics pray to end racism