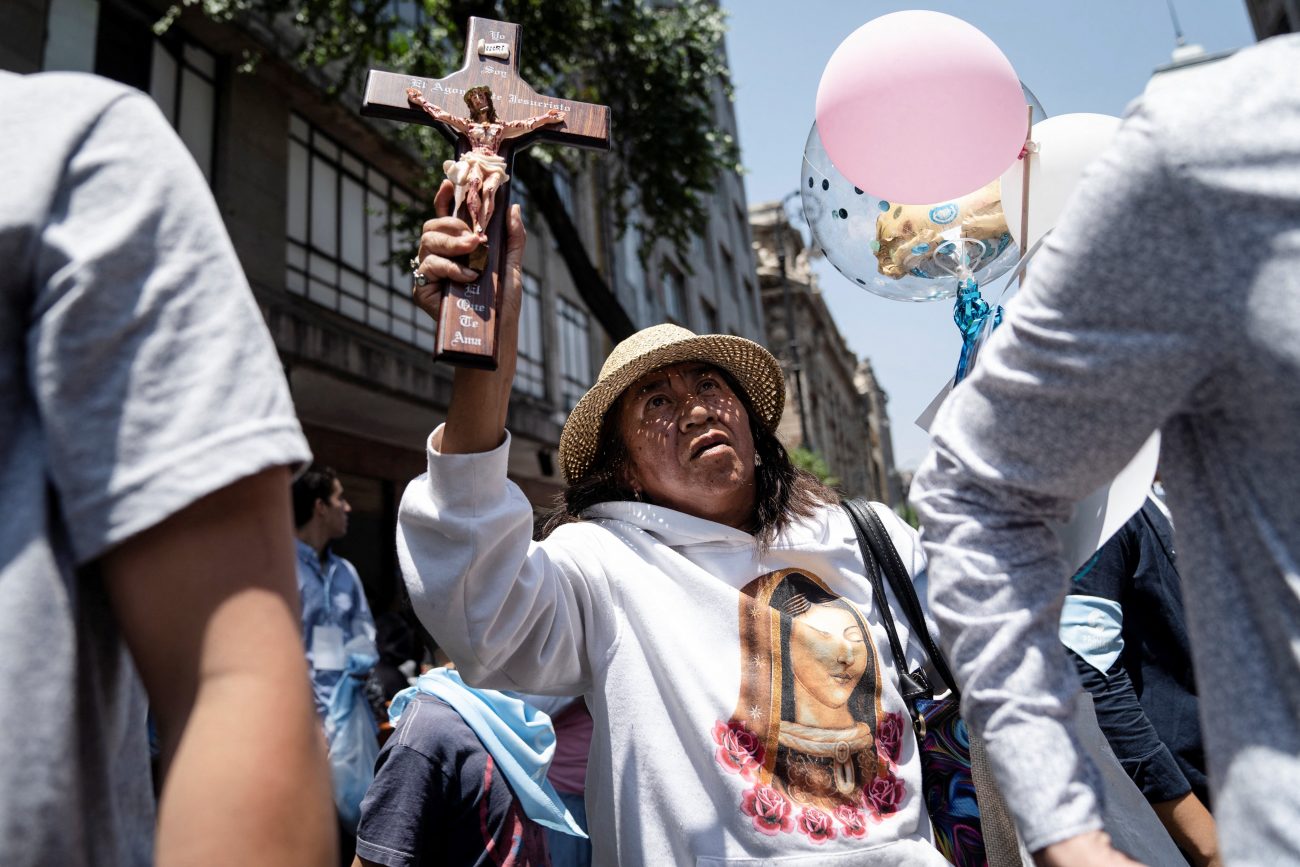 A woman holds a cross as she takes part in a "March for Life" against abortion, in Mexico City May 7, 2022. Mexico's Supreme Court has upheld a health rule allowing abortions for minors in cases of sexual violence. (CNS photo/Toya Sarno Jordan)

MEXICO CITY (CNS) — Mexico’s Supreme Court upheld a norm that requires state-level health secretariats to provide access to abortion in the case of rape and incest. The May 24 court decision also reaffirmed a provision in the norm that allowed access to abortion for minors suffering sexual violence, who would not be required to obtain parental consent or file a police report.

In a 10-1 decision, the court rejected the claims brought by the Aguascalientes and Baja California state governments, which argued the NOM-046 — first approved in 2009 and modified in 2016 — was improperly implemented.

In her ruling, Justice Margarita Ríos-Farjat said 90% of cases of sexual violence involving minors “take place in the home. … So, subordinating the decision of girls and pregnant people to the consent of their parents could imply in too many cases the consent of their aggressors.” The news outlet Sin Embargo reported her remarks.

The decision was the latest in a string of decisions from Mexico’s Supreme Court, which has decriminalized abortion and lifted restrictions on it. The court struck down criminal penalties on abortion during the first 12 weeks of pregnancy in the border state of Coahuila in September 2021. The decision established jurisprudence and effectively decriminalized abortion nationwide.

In 2019, the Mexican bishops’ conference responded to a court ruling on NOM-046 by saying: “We say clearly: Respect for the right to life cannot be infringed upon by the circumstances in which a human being is conceived.”

The bishops also pointed to Mexican survey data, in which 41.3% of women over the age of 15 reported having suffered at least one incident of sexual violence.

NEXT: For native peoples, pope’s age is advantage: He’s an elder