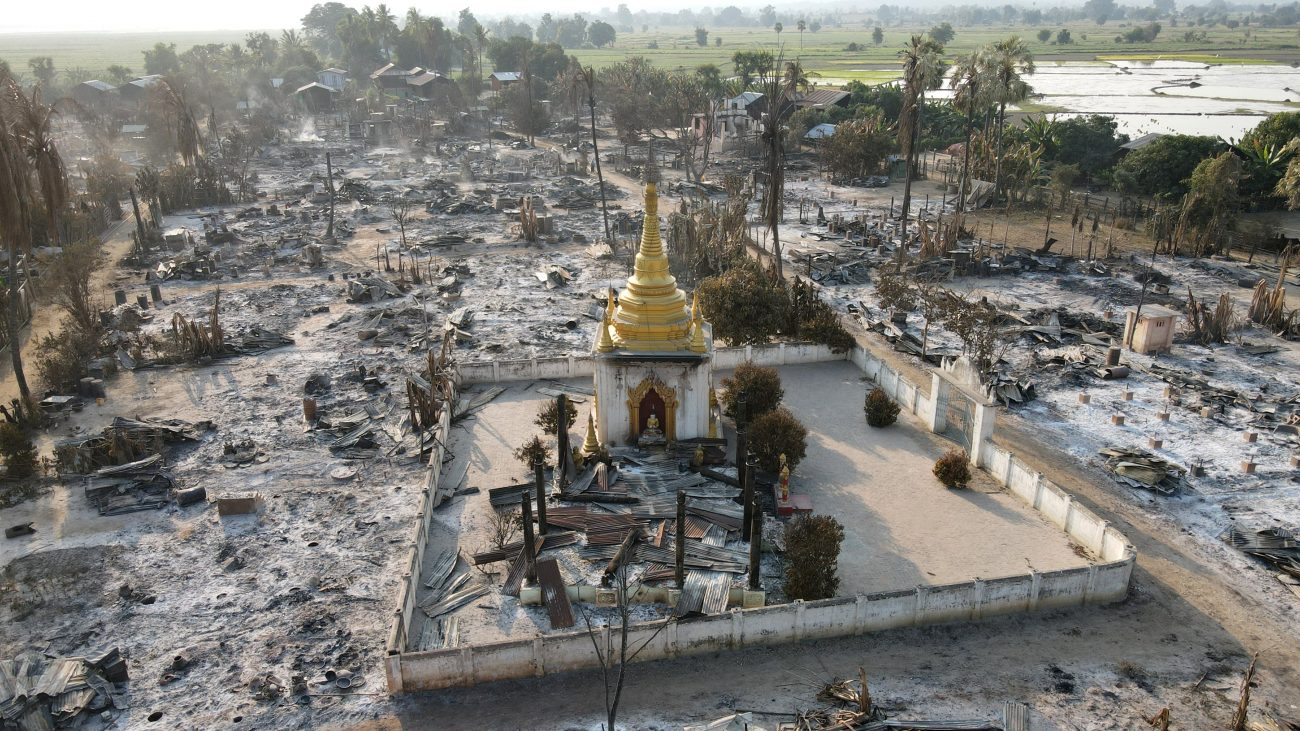 YANGON, Myanmar (CNS) — At least 320 of the estimated 350 households in the historic Catholic village of Chaung Yoe were burned during a military raid May 20, local sources told ucanews.com.

Houses in three nearby Buddhist villages also were set ablaze during military raids the same day.

Thousands of Catholic villagers were forced to flee their homes to nearby safe areas as junta troops set fire to one house after another. Sources told ucanews.com Mary Help of Christians Church, convent and the priest’s house were not damaged.

The latest attack came just four days before the May 24 feast of Mary Help of Christians.

“It’s so sad. I was in tears when I saw smoke coming out from my village as my house was also burned down,” said a Catholic woman who sought safety among her relatives in a nearby town.

“We have no homes and no property. Where will we stay in the village when we return, if the situation is deemed safe?”

On March 12, two Catholics in Chaung Yoe were shot dead by soldiers and at least 10 homes and chicken farms were set ablaze.

Since late February, thousands of Catholics from the village have fled to nearby villages and other safe areas, including Mandalay, following shelling of the village and raids by the military.

On May 7, at least 20 houses were burned during a raid on Chan Thar, another Catholic village. Two people were shot dead and three others severely beaten in a Jan. 10 raid while troops destroyed statues and looted property.

Resistance to the military junta has been growing in northwestern Myanmar’s Sagaing region, the heartland of the ethnic Bamar people. The military also has continued attacking civilians’ homes and churches in predominantly Christian regions, including Kayah state in eastern Myanmar.

The ongoing conflict, particularly in Christian strongholds in areas inhabited by the Kayah, Chin, Karen and Kachin minorities, has resulted in churches and convents being attacked and raided. Priests and pastors have been arrested, while many unarmed civilians have been killed.

Four of the 16 dioceses in Myanmar have been badly hit following the February 2021 military coup that triggered peaceful demonstrations and growing resistance by newly emerged militias.