As charter turns 20, trust in bishops is slow to return, cardinal says 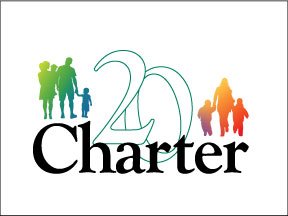 This is the logo for a series of CNS stories on the 20th anniversary of the “Charter for the Protection of Children and Young People.” (CNS logo)

WASHINGTON (CNS) — The nation’s Catholic bishops have made progress in regaining the trust of the laity since approving a groundbreaking document in response to the clergy sexual abuse crisis two decades ago, but for Washington Cardinal Wilton D. Gregory “the task is not complete.”

“We’ve gone through some rocky patches,” Cardinal Gregory told Catholic News Service in an interview ahead of the 20th anniversary of the adoption of the “Charter for the Protection of Children and Young People.”

“With every sordid revelation (of sexual abuse or improper response by a bishop), the task becomes more difficult, the climb becomes steeper,” said the cardinal, who was the bishop of Belleville, Illinois, and president of the U.S. Conference of Catholic Bishops at the time.

He shepherded the bishops through the process of drafting and approving the charter during a historic general assembly in Dallas June 13-15, 2002, months after news of a devastating clergy abuse scandal emerged in the Archdiocese of Boston and led to investigations of clergy behavior nationwide.

The bishops overwhelmingly approved the charter in response to the escalating crisis after hours of debate and small-group and one-on-one discussions, which Cardinal Gregory compared with the process that led to church reforms that emerged from the Second Vatican Council.

“It was the product of a consensus that the bishops agreed to,” he said.

The final document established minimum standards for each diocese to follow as they reviewed abuse allegations.

It also established a one-and-done policy which saw clergymen against whom abuse allegations were substantiated being removed permanently from public ministry.

The meeting found bishops hearing from abuse survivors — whom Cardinal Gregory described to CNS as witnesses courageously speaking about their disturbing experiences — and discussing the steps that were needed to address revelations that abusive priests often were moved to new parish assignments with minimal or no precautions to prevent abuse from reoccurring.

Cardinal Gregory said the difficulty in rebuilding full trust among the laity and regaining credibility has been mired in periodic disclosures that a bishop provided “an inadequate response” to an abuse allegation.

“Certainly 20 years ago when the charter was first enacted and ratified, I think the people of God breathed a sigh of relief that finally the bishops were taking action together that would address the issue. But … with each revelation that involved a bishop not taking appropriate action, with each revelation that a bishop himself was engaged in this terrible criminal behavior, the progress that was made over months and years was weakened,” the cardinal said.

“Individual bishops who have been forthright, honest and open with their people, they have made some real progress,” he said. “But when you look at the corporate identity of the episcopate, we still have a long way to go because, once again, the actions of one influence the credibility of another.”

Calling adoption of the charter a “pivotal moment” for the U.S. church, Cardinal Gregory credited bishops, especially those who have been appointed since 2002, for ensuring the charter continues to be followed.

“I hope it provides the proper context for people to believe that the church is honestly and forthrightly addressing this issue. But the charter is only one step and the implementation of the charter is the real important witness that we need,” Cardinal Gregory said.

The most recent annual report reviewing diocesan compliance with the charter was released in November by the USCCB’s Secretariat of Child and Youth Protection.

Covering the year from July 1, 2019, to June 30, 2020, it indicated that 195 of 197 U.S. dioceses and eparchies participated in the audit. Auditors chose 61 entities for more detailed audits with 10 conducted in person before the pandemic erupted in early 2020. The other 51 were conducted online. Data also were collected from 134 other dioceses and eparchies.

Of the 61 entities undergoing audits, two dioceses and two eparchies were determined to be in noncompliance with the charter.

As the bishops gathered in Dallas in 2002, then-Bishop Gregory called for “genuine reconciliation” and invited the bishops to engage in “heartfelt contrition” in response to the sin of abuse. He also urged the bishops to take steps to “make our church as safe an environment as is humanly possible for our children and young people.”

The crisis, he added, had led the bishops to realize the importance of “working more collaboratively with our devoted laity, religious and clergy.”

Today, such collaboration has grown, especially through the presence of laypeople on diocesan review boards and as victim assistance coordinators at dioceses, and the bishops working more closely with priests on diocesan pastoral councils, Cardinal Gregory said.

“It hasn’t always been an easy approach, but it has happened,” he said of such collaboration. “Those are helpful, but again, this is not an add-water-and-stir solution to a problem that has obviously deep roots.”

At multiple points in the interview with CNS, Cardinal Gregory acknowledged the efforts of abuse survivors who have found the courage to discuss their traumatic experiences of abuse over the years since the Dallas meeting. “They are a clear catalyst for this revelation,” he said.

He also recognized the role of the news media in bringing clergy sexual abuse out from the shadows, saying that journalists’ perseverance has helped create greater awareness of the extent of the abuse crisis within the church and in society.

“While it’s awful to get up in the morning and to read a story or to see a media presentation on a sordid activity, if the media had not been actively engaged, we would not have made the progress. In some respects, it’s like rubbing an antiseptic in a wound. It hurts, but it does promote the healing,” he said.

Although the charter has been in place for 20 years, it did not fully address how bishops could be held accountable for improperly handling reports of abuse and Cardinal Gregory said Pope Francis has consistently acted to reduce abuse. He pointed to the pope’s 2019 “motu proprio,” “Vos Estis Lux Mundi” (“You are the light of the world”), which revised and clarified norms and procedures for holding bishops and religious superiors accountable for protecting abusers worldwide.

In addition, a reporting system for accepting sexual misconduct allegations against U.S. bishops and eparchs was established in 2020. The Catholic Bishops Abuse Reporting System incorporates a website and a toll-free telephone number through which individuals can file reports regarding a bishop.

Cardinal Gregory recalled his first visit to the Vatican as USCCB president in 2002 after the scandal broke — one of 13 he made over three years regarding the charter. “I was told that this was an American problem. And then it was suggested that it was an English-speaking problem,” he said.

“Well, now it doesn’t just speak English. It speaks Polish, it speaks German, it speaks Spanish,” he said, referring to abuse crises that have emerged in other countries. “The world has come to a much clearer awareness that this is an issue that has touched the church globally. Praise be God, Pope Francis has taken a much more direct, active and, I hope, effective response to these issues.”

He added, “So the Holy Father, I think, has said to the universal body of bishops, you must work on this together and you must follow certain standards and procedures and behavior.”

Since its adoption and subsequent Vatican approval, the charter has been revised three times, most recently in 2018. Plans called for the next update to occur by 2025, but work has already begun by the bishops’ Committee on the Protection of Children and Young People, chaired by Bishop James V. Johnston Jr. of Kansas City-St. Joseph, Missouri.

Deacon Bernie Nojadera, executive director of the USCCB Secretariat for Child and Youth Protection, said work started earlier than expected because of several events since 2018: the case of former cardinal Theodore McCarrick; grand jury investigations of clergy abuse in several states; Pope Francis’ “motu proprio”; changes in canon law; and the three-year synodal process leading to the Synod of bishops in fall 2023.

Cardinal Gregory also expressed hope that the charter would become better known among laypeople. He said he regularly hears from people asking about the steps the church has taken to confront clergy sexual abuse and that he then takes time to explain what protocols are in place, not just in Washington but in every archdiocese, diocese and eparchy.

He also said he continues to address questions surrounding McCarrick, the onetime cardinal and archbishop of Washington. McCarrick was dismissed by the Vatican from the clerical state in 2019 following an investigation of accusations that he had abused multiple children early in his career of more than 60 years as a cleric and had abused seminarians as a bishop in New Jersey.

“There are people who are still angry, scandalized, disappointed,” Cardinal Gregory said, “and I have to try to assure them of my affection, my support, my concerns (for them). I can’t undo the past … I can’t deny the past either.”

NEXT: After flag dispute, Jesuit school no longer Catholic