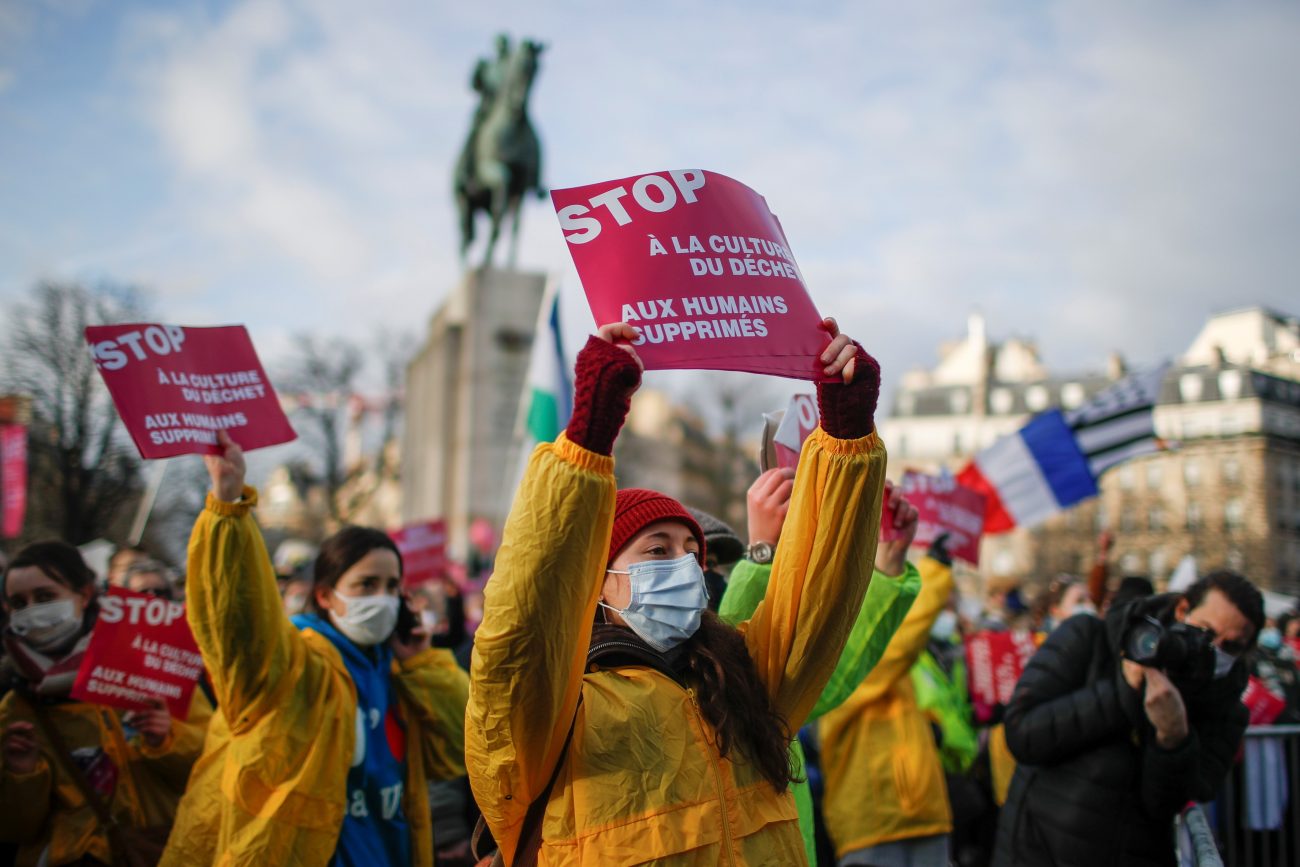 OXFORD, England (CNS) — The commission representing the European Union’s Catholic bishops has denounced a European Parliament resolution declaring abortion a “fundamental right” and urging the United States not to introduce new restrictions on the procedure.

“This is an unacceptable interference in the democratic jurisdictional decisions of a sovereign state — endorsing such interference will only discredit” the parliament, the Brussels-based commission, known as COMECE, said in a June 8 statement.

“There is no recognized right to abortion in European or international law. Therefore, no state can be obliged to legalize or facilitate it, or be instrumental in performing it,” the commission said.

The statement was released as the parliament members debated the resolution, before passing it June 9 by a 364-154 vote with 37 abstentions.

COMECE said it was surprised parliamentarians had discussed a “leaked draft opinion of the U.S. Supreme Court” on abortion, adding that caring for pregnant women in difficulty was “a central part of the church’s diaconal ministry” and should also be “a duty exercised by our societies.”

The leaked draft opinion suggested the Supreme Court could overturn Roe v. Wade, the court’s 1973 decision which legalized abortion nationwide, in its highly anticipated ruling in an abortion case from Mississippi.

The 5,000-word resolution, backed by Social Democrat, Liberal and Green parliament members, was debated as several U.S. states moved to restrict abortion, in anticipation of the Supreme Court decision.

It said “conservative think tanks belonging to the U.S. Christian right” were funding a “backsliding in women’s abortion rights” worldwide, adding that the overturning of Roe v. Wade could also “embolden the anti-abortion movement” in the EU.

It added that abortion was a “fundamental right,” whereas “criminalizing, delaying and denying access to safe and legal abortion” constituted “violence against women and girls” and could “amount to torture or cruel, inhuman and degrading treatment.”

“Restrictions on abortion are contrary to states’ human rights obligations,” the resolution said. It called women’s rights fundamental and that they “cannot be subordinated to cultural, religious or political considerations” and argued that “ideologically and religiously motivated interference in public health matters has been particularly detrimental to the health and well-being of women and girls.”

However, COMECE said the EU should “respect the legislative competences” of its 27 member-states, as enshrined in its 1992 Maastricht Treaty, adding that it was also “highly concerned” about current attempts to “weaken and deny” a fundamental right to conscientious objection for medical personnel refusing to perform abortions.

“Introducing a supposed right to abortion would be devoid of an ethical foundation and destined to cause perpetual conflict among EU citizens,” COMECE said.

“Women in distress should not be left alone, nor can the unborn child’s right to life be ignored. They both must receive all necessary help and assistance,” the commission added.

NEXT: Vatican financial watchdog reports on its 2021 activities