Pakistani bishop: ‘We don’t have resources’ to deal with inflation 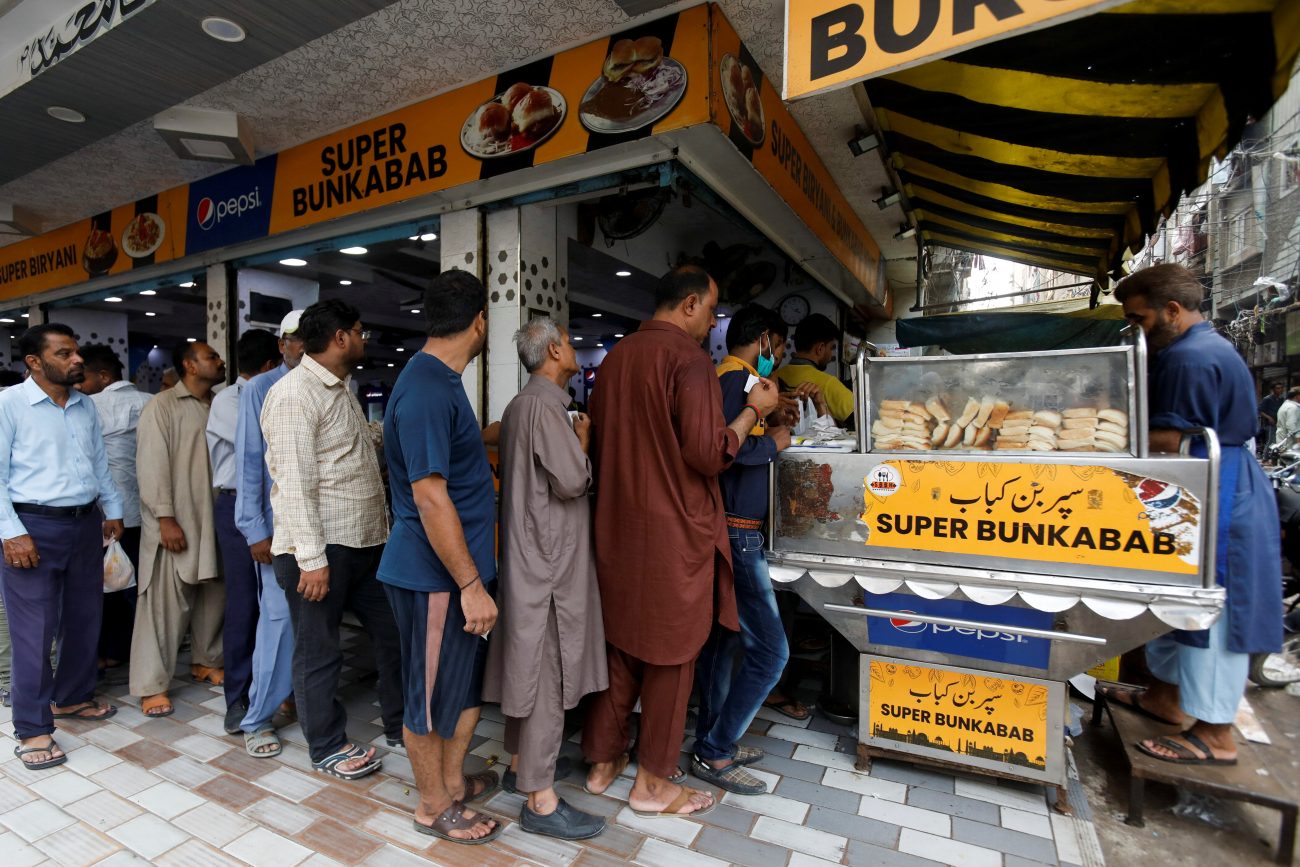 People wait for their turn to buy low-priced bun-kabab from a shop in Karachi, Pakistan, June 10, 2022. Church leaders in Pakistan are struggling to run parishes and educational institutions as inflation has touched record levels. (CNS photo/Akhtar Soomro, Reuters)

“We don’t have resources, and expenditure is increasing. The salaries are low and we can’t increase school fees,” Bishop Samson Shukardin of Hyderabad told ucanews.com during a five-day annual budget meeting that got underway at the bishop’s house June 13.

The Pakistani currency’s loss of value — the rupee has slumped to an all-time low of 205.50 against the U.S. dollar — has had a big impact on church-run institutions.

“We have been affected very badly. The whole team is scratching their heads. We are the only diocese in the country that tries to follow the budget. But this time we are worried about how to draft it,” Bishop Shukardin said.

Financial markets have taken a hit since early June, when the coalition government unveiled a 9.5 trillion-rupee federal budget for the fiscal year 2022-23 in the National Assembly amid strict conditions of the International Monetary Fund for the revival of its $6 billion loan program.

The government also increased the defense budget by nearly 6% to over 1.45 trillion rupees in a bid to meet the needs of the armed forces, including their enhanced salary requirements.

Catholics are a minority in Pakistan, and Bishop Shukardin told ucanews.com: “Sadly, the allocated money never reaches us. A member of the National Assembly offers support once in a while, as the churches have no direct link with the government. The government should think of vulnerable groups and how to help them in a transparent way.”

Meanwhile, consumer price index-based inflation rose in May to 13.8% percent.

Finance Minister Miftah Ismail said June 13 that if the government does not abolish subsidies on petroleum products by July, the country will default.