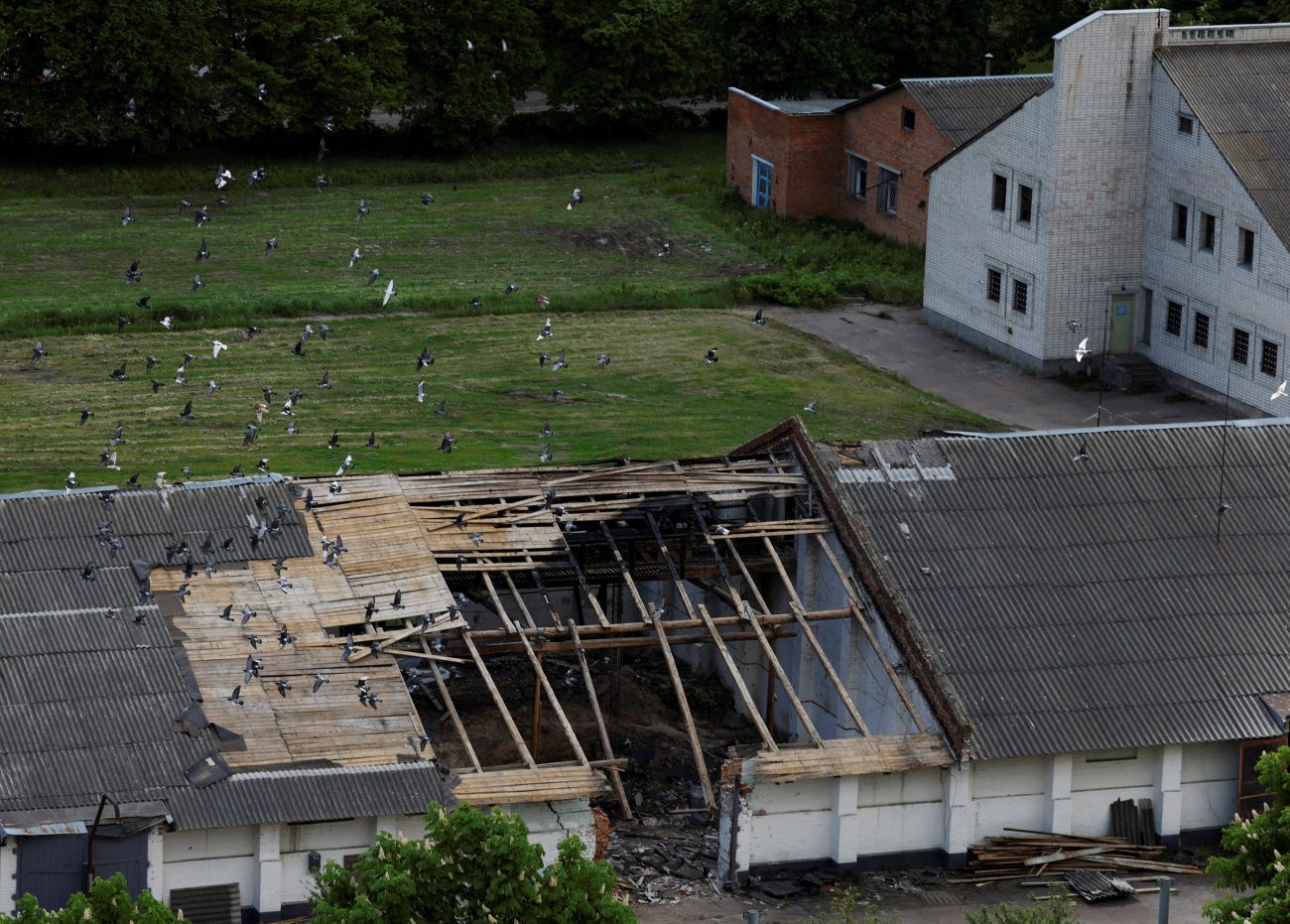 A destroyed warehouse is seen at the Mlybor flour mill facility after it was shelled repeatedly, amid Russia's invasion of Ukraine, in the Chernihiv region, Ukraine, May 24, 2022. Pope Francis appealed for an end to the Russian blockade of Ukrainian grain exports. (CNS photo/Edgar Su, Reuters)

VATICAN CITY (CNS) — With hundreds of millions of lives at risk because of the Russian blockade of grain exports out of Ukraine, Pope Francis appealed for an end to the blockade and a resolution to the crisis.

“Please do not use grain, a staple food, as a weapon of war,” he said.

At the end of his weekly general audience in St. Peter’s Square June 1, the pope expressed his “deep concern” regarding the blockade on exporting grain, “upon which the lives of millions of people, especially in the poorest countries, depend.”

He launched a “heartfelt appeal for every effort to be made to resolve this issue and to guarantee the universal human right to food.” 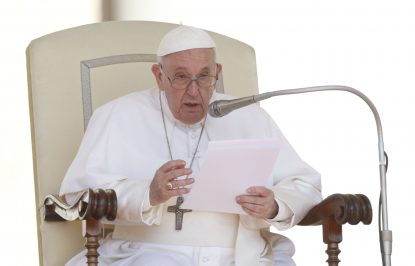 Ukraine, known as the “breadbasket of Europe,” is the fifth largest exporter of wheat; Russia is the world’s largest. Together, the two countries provide 19% of the world’s barley supply, 14% of wheat and 4% of corn, making up more than one-third of global cereal exports, according to the European Commission’s spring 2022 report.

Russian forces have occupied and blockaded all of Ukraine’s seaports, essentially blocking millions of tons of food exports. Ukraine provides food for an estimated 400 million people.

The World Food Program has called for the immediate reopening of Black Sea ports, including Odessa, so needed food from Ukraine can reach those already facing food insecurity.

“A global food crisis, already impacted by the COVID-19 pandemic and climate change, is being driven to famine levels worldwide by the war in Ukraine and the resulting lack of grain exports,” dozens of speakers told the U.N. Security Council May 19 in a ministerial-level open debate on conflict and food security.

The United Nations said Rebecca Grynspan, a senior U.N. official, had “constructive discussions” in Moscow on how to facilitate the export of Russian grain and fertilizer to global markets, Reuters reported May 31.