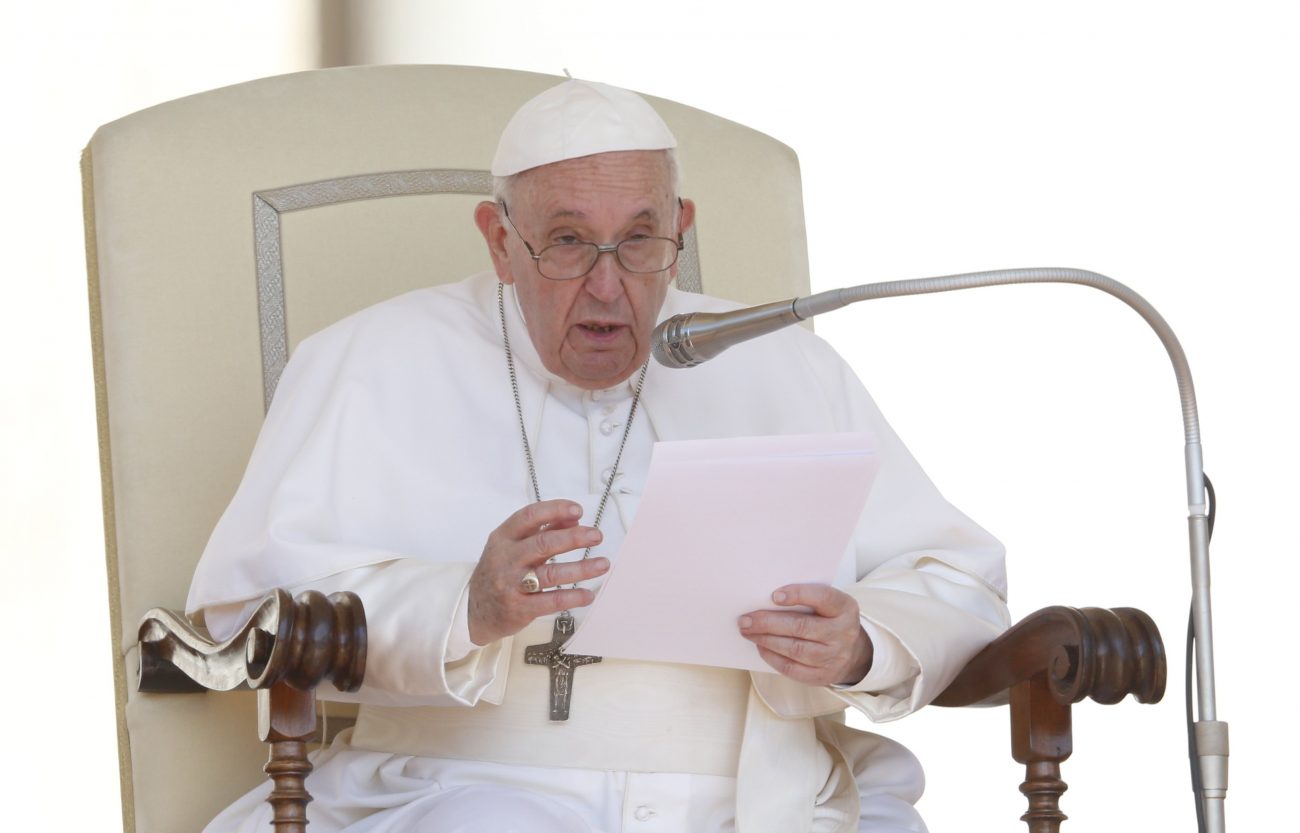 VATICAN CITY (CNS) — When the Vatican announced Pope Francis would travel to L’Aquila in central Italy Aug. 28 to open a seven-centuries-old celebration of forgiveness, people on social media began speculating that the pope would resign.

The 85-year-old pope will make his morning trip to L’Aquila just one day after a scheduled consistory to create 21 new cardinals and the day before a two-day meeting with the cardinals to discuss the reform of the Roman Curia, one of the main projects of his papacy.

Included in the trip, the Vatican said June 4, is a Mass in the square outside the medieval Basilica of Santa Maria di Collemaggio on the edge of town. The basilica is the burial place of St. Celestine V, a 13th-century pope who abdicated just a few months after his election.

When then-Pope Benedict XVI visited in 2009, he placed the long woolen pallium he had worn during his installation Mass on top of Pope Celestine’s glass casket as a gift. When Pope Benedict resigned in 2013, many people wondered if that gesture four years earlier had been a sign.

But Cardinal Giuseppe Petrocchi of L’Aquila, announcing Pope Francis’ visit on the archdiocesan website, focused only on the celebration of the Celestinian Pardon and Pope Francis’ concern for the people of the archdiocese still recovering from an earthquake in 2009 in which almost 300 people lost their lives.

Pope Francis also is scheduled to visit the L’Aquila cathedral, which is still closed to the public because of damage from the quake, and meet with the families of those who died.

The pope’s visit, the cardinal said, is a sign of his love for “our church and our city, which is even more precious when we take into account his pressing pastoral commitments and some painful health problems.”

At the heart of the Celestine Pardon, celebrated annually Aug. 28-29, is the granting of a plenary indulgence to everyone who visits the Collemaggio basilica, goes to confession, receives Communion and prays for the intentions of the pope. Pope Celestine established the celebration in 1294.

“Pope Francis will be the first pontiff to open the Holy Door after 728 years,” Cardinal Petrocchi wrote.

PREVIOUS: Australian church prepares for council to discern its future