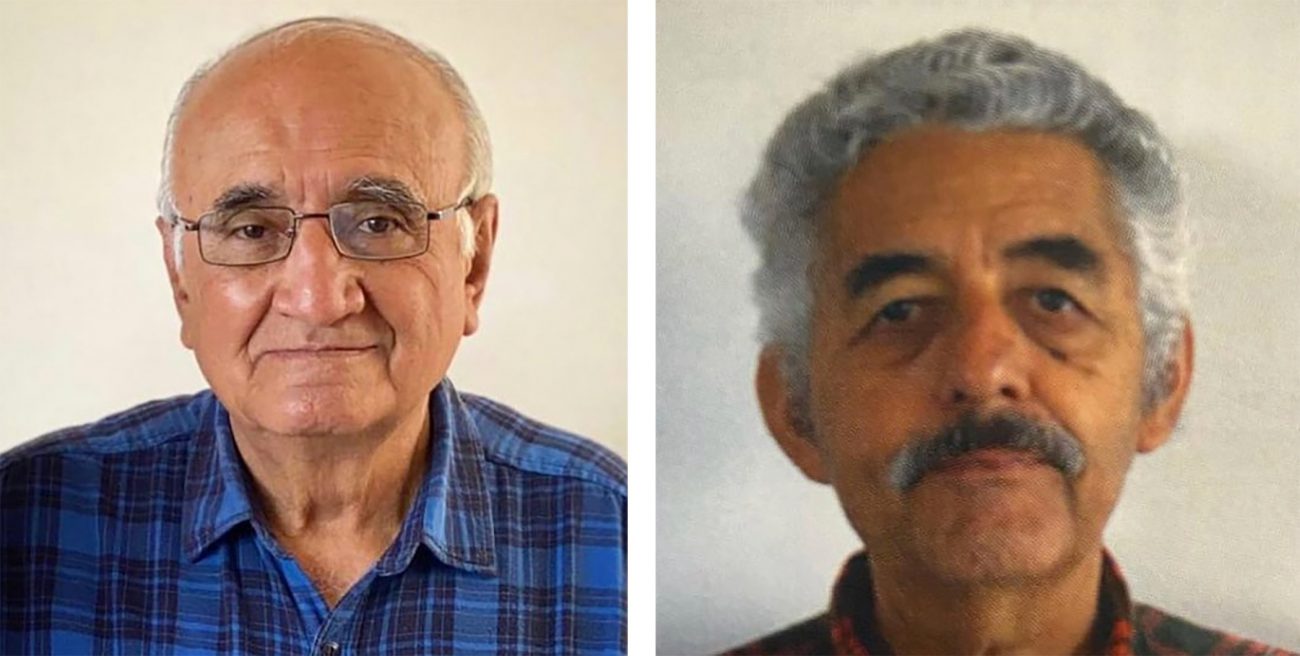 MEXICO CITY (CNS) — Two Jesuit priests were murdered in a rugged region of Mexico rife with violence as they provided refuge to a person being pursued by a gunman, according to the Society of Jesus and state officials.

Jesuit Fathers Javier Campos Morales and Joaquín César Mora Salazar died defending their parish in the community of Cerocahui in the Copper Canyon of Chihuahua state, which serves the Indigenous Tarahumara population.

The priests had opened the parish to an unidentified person June 20, according to the Jesuits, but an armed individual burst inside and killed that person along with Fathers Campos and Mora, according to a statement on social media by Jesuit Father Gerardo Moro Madrid, provincial in Mexico.

“We condemn these violent acts and demand justice and the recovery of our brothers’ bodies, which were taken from the parish by armed persons,” the Jesuits’ Mexican province said in a June 21 statement.

“Acts like these are not isolated. The Sierra Tarahumara, like many other parts of the country, confronts conditions of violence and neglect which have not been reversed. Every day, men and women are arbitrarily deprived of life as our brothers were murdered.”

The Jesuit curia also confirmed slayings June 21. Father Arturo Sosa, Jesuit superior general, said via Twitter: “I am shocked and saddened by this news. My thoughts and prayers are with the #Jesuits in #Mexico and the families of the men. We have to stop violence in our world and so much unnecessary suffering.”

The slayings reinforced Mexico’s reputation as one of the world’s most murderous countries for Catholic clergy. At least seven Mexican priests have been killed since December 2018, when President Andrés Manuel López Obrador took office, according to the Catholic Multimedia Center in Mexico City.

López Obrador has promoted a security policy of “hug, not bullets,” though violence continues tearing through many regions of Mexico.

“In the midst of so much death and crime in the country, we publicly condemn this tragedy and demand a prompt investigation and security for the community and all the priests in the country,” the Mexican bishops’ conference said in a June 21 statement.

The Jesuits have a long history of working in the Diocese of Tarahumara, which covers the rugged Copper Canyon, an impoverished region rife with drug running and drug cartel violence. The region is also home to the Indigenous Rarámuri people, also known as Tarahumara.

Father Campos, nicknamed “El Gallo,” was born in Mexico City and joined the Jesuits at age 16. He had worked with the Jesuit mission in the Sierra Tarahumara for 34 years, serving as vicar for the diocesan Indigenous ministry and a regional adviser for ecclesial base communities.

Father Mora, nicknamed, “El Morita,” was born in Monterrey and also joined the Jesuits at age 16. He served in the Sierra Tarahumara for 23 years and worked for a period with the Jesuit mission in southern Chiapas state.

Jesuit Father Javier Ávila, a prominent human rights defender in Chihuahua state, had to receive state protection after denouncing the enduring impunity of a 2008 massacre that claimed 13 lives at a party in the municipality of Creel, a departure point for tourists visiting the Copper Canyon.

A message from Father Ávila shared on social media by Mexican journalist Marcela Turati June 21 spoke of the murders occurring around 12 noon the previous day.

“There are many details, but this is the time to share my pain, my anger and also my faith in the God of life, who continues to call us to give our lives for others and never stop the step, because we have a long way to go,” Father Ávila wrote.

“The Jesuits of Mexico will not remain silent in the face of the reality that lacerates the entire society,” the Mexican Jesuits’ statement said. “We will continue to be present and working for the mission of justice, reconciliation and peace, through our pastoral, educational and social projects.”

PREVIOUS: Pope offers prayers for victims of earthquake in Afghanistan