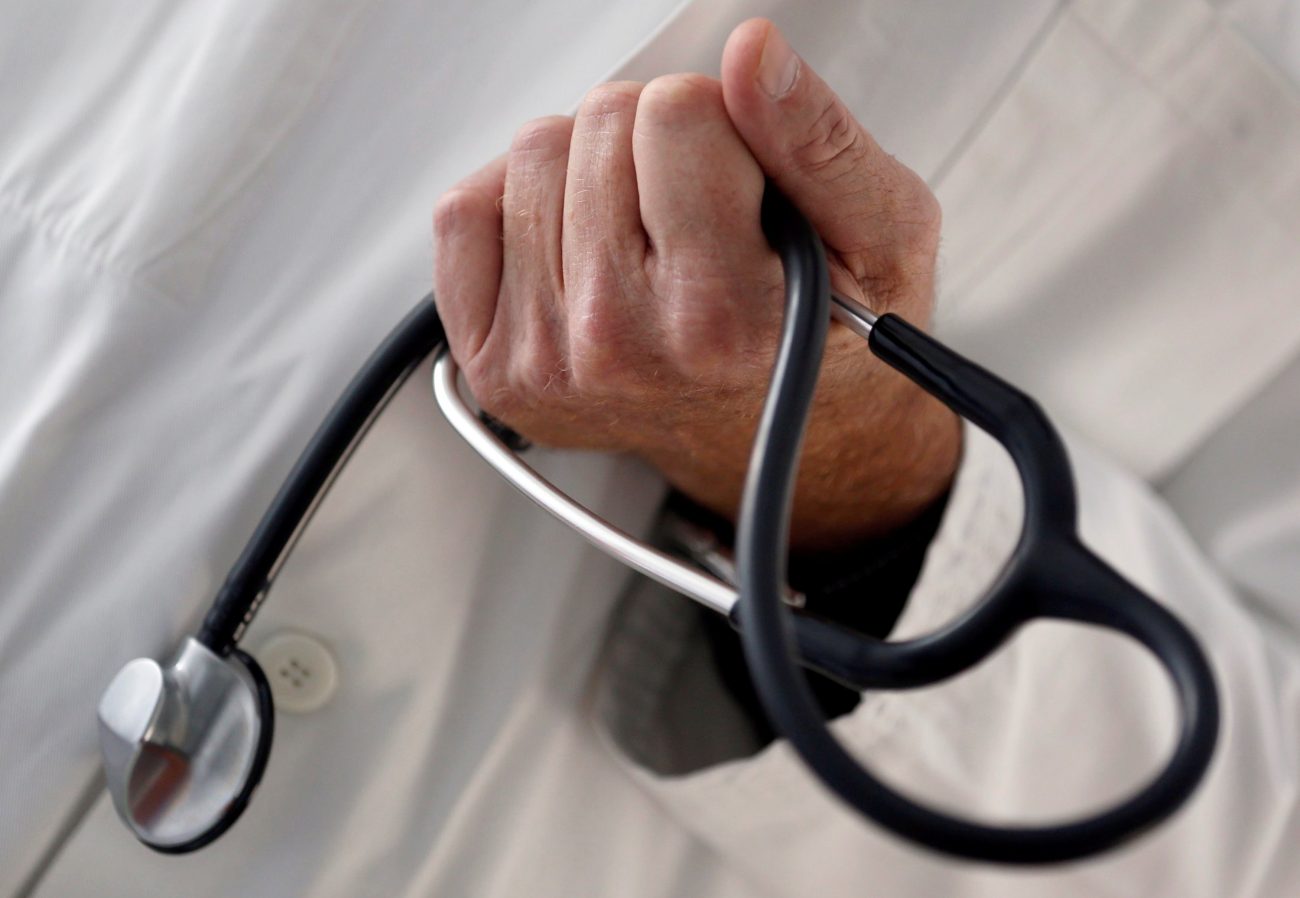 A doctor holds a stethoscope in this illustration photo. (CNS photo/Regis Duvignau, Reuters)

WASHINGTON (CNS) — The chairmen of four U.S. bishops committees said July 27 that proposed regulations from the U.S. Department of Health and Human Services on abortion, transgender services and other procedures threaten the Catholic Church’s ability “to carry out our healing ministries” and others’ ability “to practice medicine.”

They called the proposed regulations — a 308-page document released July 25 by HHS — “a violation of religious freedom and bad medicine.”

They added: “The proposed regulations announce that HHS is also considering whether to force health care workers to perform abortions against their will or lose their jobs. We call on HHS to explicitly disavow any such intent.”

The proposed HHS regulations would apply to implementation of the Affordable Care Act’s Section 1557, which prohibits discrimination on the basis of race, color, national origin, age, disability or sex — including pregnancy, sexual orientation and gender identity — in covered health programs or activities.

In 2020, the Trump administration put in place a final rule that eliminated the general prohibition on discrimination based on gender identity and also adopted abortion and religious freedom exemptions for health care providers. But the courts blocked this rule change.

In 2021, shortly after he was inaugurated, President Joe Biden issued an executive order declaring that his administration would apply the U.S. Supreme Court’s 2020 ruling in Bostock v. Clayton County in all areas of government — including the ACA.

In a 6-3 ruling, the court held that discrimination on the basis of sexual orientation or gender identity is necessarily also discrimination “because of sex” as prohibited by Title VII of the Civil Rights Act of 1964.

Biden administration’s so-called “transgender mandate” required that doctors and hospitals perform gender-transition procedures on any patient despite any moral or medical objections of the doctor or health care facility.

The court permanently enjoined HHS, HHS Secretary Xavier Becerra and all HHS-related divisions, agencies and employees “from interpreting or enforcing Section 1557 of the Affordable Care Act.”

Also last year, lawyers for the plaintiffs discovered a 74-page legal memorandum attached to a court filing from a consortium of 30 sexual rights groups revealed that HHS had promised to revise its mandates on health plan coverage and performance to include surgical abortion, cross-sex hormones, gender-transition surgeries, gender-affirming cosmetic surgeries and voice modification — along with a host of expanded services dealing with fertility treatments, contraception, abortifacients and sterilizations.

Once the newly released HHS proposed regulations are published in the Federal Register, a period for public comment will begin. HHS said this period will be 60 days after publication. As of July 27, the HHS proposal had not yet been published on the website https://www.federalregister.gov.

“Catholics have been called to care for the sick since the earliest days of our faith,” said the USCCB committee chairmen. “Today, the various agencies and social service ministries of the Catholic Church taken together are equivalent to the largest nonprofit health care provider in the country.”

The church does “this work in fulfillment of the direct command of Jesus Christ and in imitation of his divine ministry here on earth,” they said.

“Catholic health care ministries serve everyone, no matter their race, sex, belief system or any other characteristic,” the bishops continued. “The same excellent care will be provided in a Catholic hospital to all patients, including patients who identify as transgender, whether it be for a broken bone or for cancer, but we cannot do what our faith forbids. We object to harmful procedures, not to patients.”

The bishops said they “will continue to review these proposed regulations and will file more thorough comments at the appropriate time.”

NEXT: House OKs anti-trafficking bill to ‘protect the most vulnerable among us’