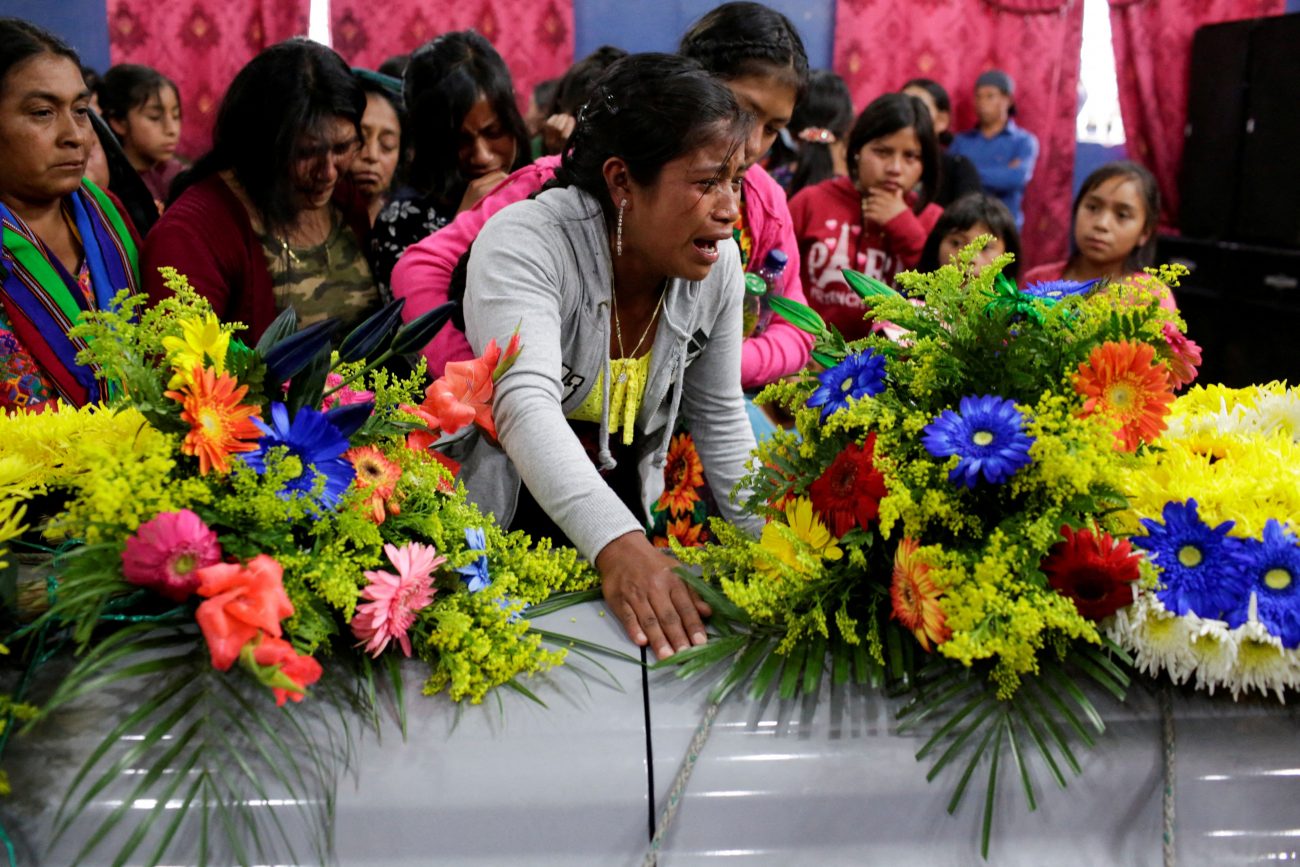 Isabela Guachiac, an aunt of Pascual Melvin Guachiac, 13, who died June 27, 2022, when he suffocated while being smuggled in a semitrailer in San Antonio, cries during the funeral of her nephew in the small village of Tzucubal in Nahuala, Guatemala July 16, 2022. The teen was one of 53 migrants found dead in the truck's cargo area. (CNS photo/Sandra Sebastian, Reuters)

WASHINGTON (CNS) — The Texas Catholic bishops urged immigration reform, saying it is necessary to prevent what happened to 53 migrants discovered dead and dying inside a trailer June 27 from happening again.

Reminding others to reflect on the incident, they focused on defending the sacredness of every life.

In a YouTube video posted July 15, Cardinal Daniel N. DiNardo of Galveston-Houston, Bishop Michael F. Olson of Fort Worth and Archbishop Gustavo García-Siller of San Antonio, on behalf of the Texas Catholic Conference of Catholic Bishops, reminded Catholics “to never forget the sacredness of all human life in light of all this.”

“This senseless loss of life should shock and sadden us as we are all brothers and sisters in Christ, ” said Cardinal DiNardo in the video. “We cannot ignore those most vulnerable among us who at times become victims of this throwaway culture and only seek a better life for themselves and their families.”

He commended the souls of the men and women who died near San Antonio after being smuggled into the U.S. in the part of a semitrailer reserved for cargo, not people. They were traveling without air conditioning or ventilation in temperatures that surpassed 100 degrees. It’s not clear how long they had been inside the trailer.

Authorities said the man identified as the truck driver, Homero Zamorano Jr., fled the scene, leaving the migrants, which included minors, dead and dying. He has been apprehended and charged with alien smuggling resulting in death. Three others also have been arrested in connection with the incident.

“The exploitation of the poor and in particular of migrants who flee dramatic situations in search of opportunities and hope is particularly grave,” said Archbishop García-Siller in the video.

Their abandonment inside the sweltering tractor-trailer “is one of those sins that cry to heaven,” he said, adding that it’s the kind of loss that could have been prevented with common sense immigration laws, which the U.S. Conference of Catholic Bishops and the Texas Catholic Conference of Bishops have supported for decades.

“They’re God’s children,” he said. “They are members of God’s family, human, like all of us, families with dreams.”

Bishop Olson said that “our nation’s past unwillingness to address immigration … has brought us to a grave moment of polarization and crisis that threatens the lives of the vulnerable.

“This polarization has hardened many hearts resulting in apathy and indifference for the suffering and exploitation of the vulnerable women and children who are the victims of the trafficking of drugs and of human beings,” he said.

“The light of our faith should prompt us to care and to address the causes of these injustices as Christians, as Americans, and as men and women of goodwill,” he added.