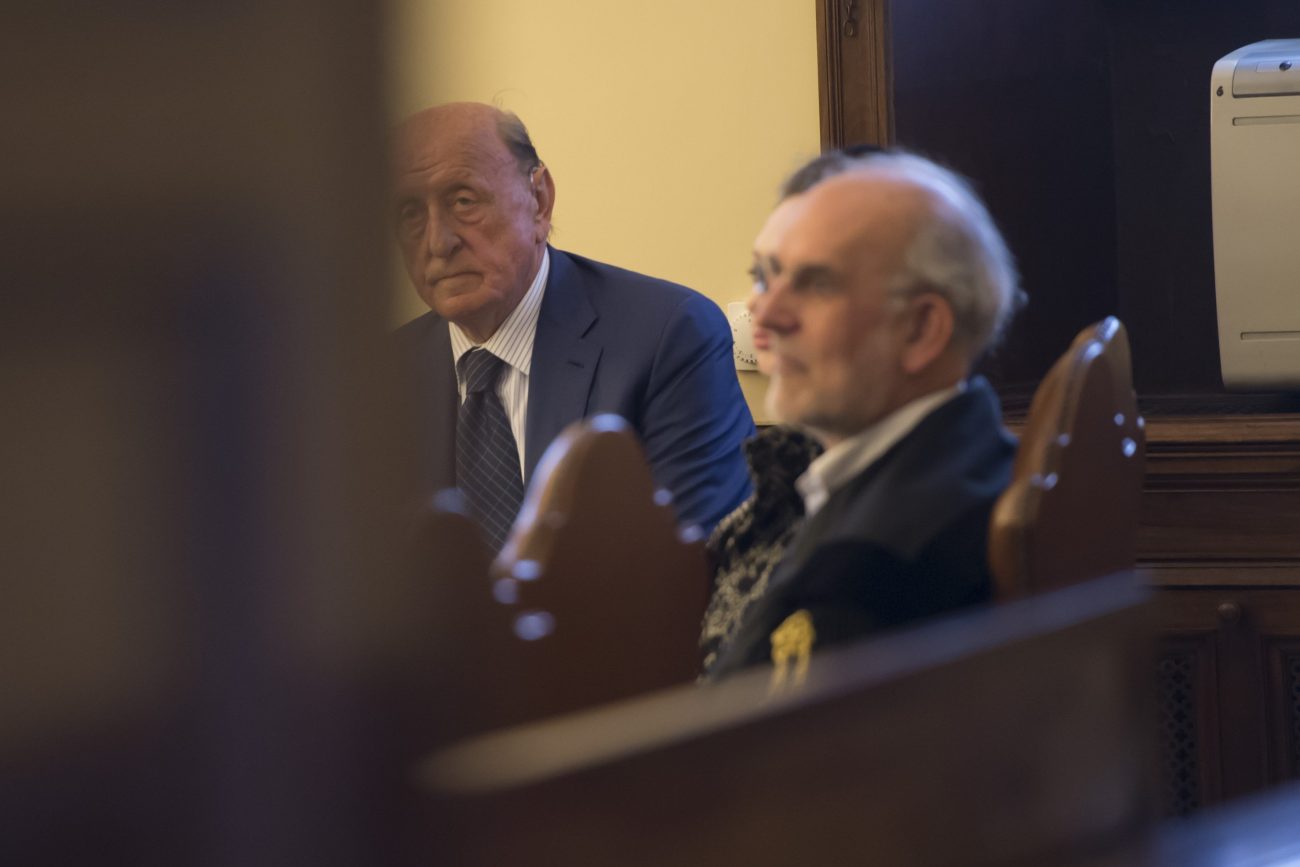 Angelo Caloia, left, former president of the Institute for Works of Religion, is pictured during his trial at the Vatican in this May 9, 2018, file photo. In a decision released July 22, the Vatican appellate court upheld a prison sentence against Caloia, former president of the Vatican bank, and his lawyer, Gabriele Liuzzo. Both were found guilty in January 2021 of money laundering and embezzling millions of euros from property sales. (CNS photo/Vatican Media)

VATICAN CITY (CNS) — A Vatican court upheld sentences against the former president of the Vatican bank and his lawyer, who were found guilty in 2021 of money laundering and embezzling millions of euros from Vatican property sales.

According to a statement released by the Vatican July 22, the Vatican appellate court rejected an appeal made by Angelo Caloia, who served as president of the Institute for the Works of Religion from 1999 to 2009, and his lawyer, Gabriele Liuzzo.

Caloia and Liuzzo both were sentenced originally to eight years and six months in jail for skimming profits from the sale of Vatican properties. Their sentences were reduced by five months after two charges were dropped due to lack of evidence and the statute of limitations had passed.

Each were ordered to pay a fine of 12,500 euros ($12,694) and to return to the Vatican bank millions of euros frozen in their accounts when the investigation began.

The court also upheld the sentence against Lamberto Liuzzo, Gabriele’s son, who was found guilty of involvement in the scheme and sentenced to five years and two months in prison. He also was ordered to pay a fine of 8,000 euros ($8,125).

All three defendants received a lifetime ban from serving in public office at the Vatican.

The Vatican had announced in late 2014 that the two men — along with Lelio Scaletti, the former director general of the bank — were under investigation in a case involving the sale of 29 Vatican-owned buildings in Rome and Milan between 2001 and 2008. Scaletti has since died.

Vatican News reported that it is now up to the Vatican prosecutor’s office to carry out the sentence, although Vatican police have no power to arrest or detain suspects in Italy without an extradition process.

NEXT: Nigerian priest most recent to be kidnapped, killed