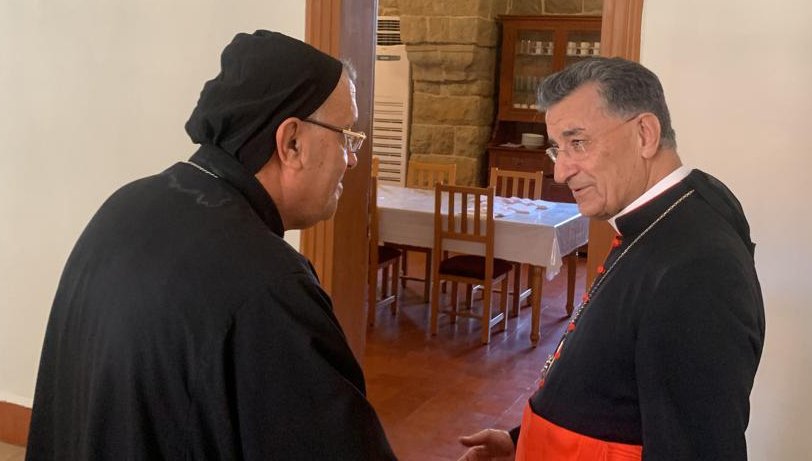 BEIRUT (CNS) — Maronite Catholic officials in Lebanon have denounced the detention of one of its bishops on the country’s southern border with Israel.

The July 18 incident occurred at the border post of Lebanon’s General Security in the village of Ras Naqoura, at which Maronite Archbishop Moussa El-Hage of Haifa and the Holy Land was detained for more than 12 hours.

Archbishop El-Hage, also the patriarchal exarch of Jerusalem and Palestine and Jordan, was traveling by road from his episcopal seat in Haifa, Israel, when he was taken into custody by security officers at a crossing that is reserved for religious and the diplomatic corps.

Maronite officials said the archbishop was transporting aid, food and cash from his archdiocese intended for needy in Lebanon, amid the country’s catastrophic economic collapse that has pushed nearly 80% of the population into poverty.

Cardinal Bechara Rai, patriarch of Maronite Catholics, convened a meeting July 20 of the permanent council, a patriarchal authority composed of four bishops that meets in “emergency and serious cases.” Archbishop El-Hage was present.

In the statement following the meeting at Diman, the patriarchal summer residence in north Lebanon, the Maronite council condemned what it called the “unfortunate and reprehensible attack” on Archbishop El-Hage.

The incident, they said, “brought us back to the times of occupation and rulers in the previous centuries, when the invaders and occupiers were trying to undermine the role of the Maronite Church in Lebanon and the East and its brotherhood between religions.”

The bishops said that Archbishop El-Hage, “who was coming as usual from his diocese in the Holy Land,” was detained “without any consideration” of his position.

“They interrogated him without justification in a security center, and confiscated his Lebanese passport, phone, papers, and the medical and financial aid he was carrying to the needy and sick in Lebanon of all sects and Lebanese and Palestinian benefactors,” the council said.

The church officials also stressed the importance of such aid because Lebanon’s “basic needs have not improved in recent years.” They insisted that the confiscated aid be returned “so that it can reach its beneficiaries.”

The bishops demanded “holding every official accountable for what happened, regardless of his position,” and called for the dismissal of those responsible for the Archbishop El-Hage’s detention.

“We renew our demand for justice, independent of political power,” the bishops said.

“Bishop Moussa El-Hage, like all those who preceded him at the head of his bishopric, is subject to the orientations of the Maronite patriarchate and to the mission of the Vatican,” they continued. “He always strives to fulfill his role with courage, wisdom and humanity, in the service of the law, of the needy and of the sick, especially in times of misfortune such as those we are experiencing today.”