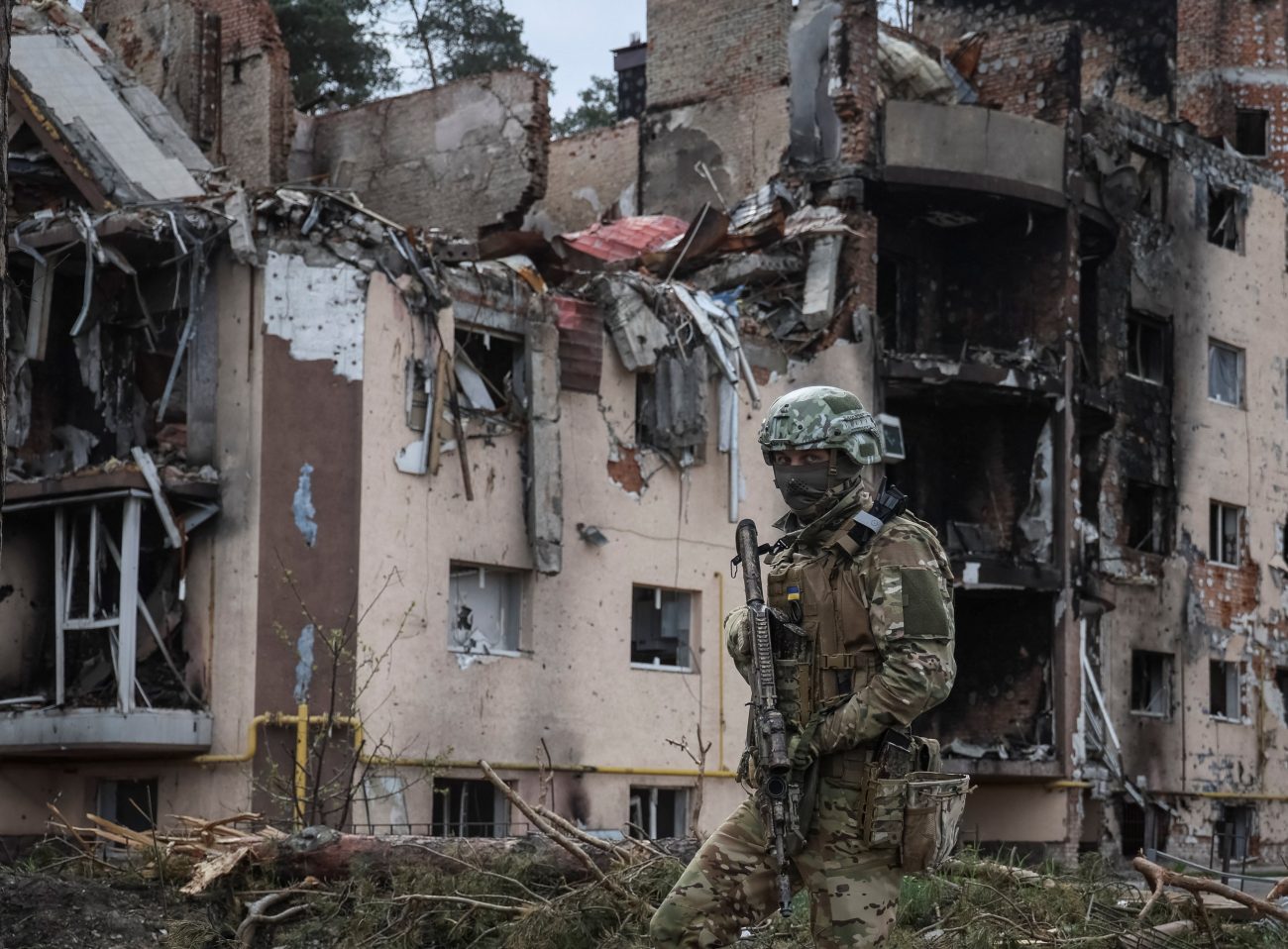 OXFORD, England (CNS) — The top representative of Europe’s Catholic bishops said the Vatican is changing its approach to the war in Ukraine because of the unlikelihood of a mediated settlement, and praised the resilience of Ukrainians in withstanding Russian aggression.

“Certain cultural ambiences can make us less sensitive to how things are seen in Ukraine. I myself have received many negative responses to statements by the pope,” said Archbishop Gintaras Grušas of Vilnius, Lithuania, president of the Council of the Bishops’ Conferences of Europe.

“But I think we’re seeing a change in the Vatican’s position and the words used to describe the situation. They are naming the aggressor and calling this a war. I think Ukrainians are thankful for that,” he told Catholic News Service July 21 following a five-day tour of Ukraine as a guest of Roman Catholic and Ukrainian Catholic church leaders.

The archbishop said Vatican officials had hoped to offer mediation after Russian President Vladimir Putin ordered the Feb. 24 invasion of Ukraine, but they had now gained “a better idea of what’s going on and the difficulties people are facing.”

“Although the possibility of mediating doesn’t have to be given up, priority clearly needs to go to supporting the victim,” Archbishop Grušas said, adding that he does not believe Putin wants to negotiate an end to the war.

The archbishop addressed a Ukrainian Catholic bishops’ synod July 15, convened in Przemysl, Poland, near the border with Ukraine. The meeting had been scheduled to take place in Kyiv, the Ukrainian capital, but was moved to Poland because of the danger of Russian shelling.

The archbishop told CNS that during his trip, he visited a village near Kyiv where its 300 inhabitants had been locked in cellars for a month by Russian troops with no food or toilet facilities. He said he witnessed a “strong faith” and “firm commitment to freedom” among local people, as well as among refugees and internally displaced people, currently numbering more than 12 million, according to the United Nations.

Archbishop Grušas said he had also been struck by the “high spirits” of gravely wounded soldiers who still hoped to return to the front line when he visited a Kyiv military hospital.

He said one young combatant had been shot five times while attempting to break through Russian lines around the Azov Sea port of Mariupol, and was now recuperating despite losing both legs after being returned in a prisoner exchange.

“People are very aware they need to persevere and are counting on the West to continue offering prayer and assistance. While destroyed buildings can be rebuilt, what really matters to people is the loss of life and the many orphans now being created. Although a long road of physical and spiritual recovery lies ahead, even after this military aggression is halted, I sensed a very strong spirit,” he said.

The archbishop’s visit took place as fierce fighting continued in eastern Ukraine, while Russian missiles also hit other cities in parts of the country.

Ukrainian government and church leaders also hope Pope Francis will visit Ukraine as a sign of support, the archbishop said.

Russia’s aggression reflected forms of “power and greed” currently visible worldwide, and was a “natural consequence of the sin heaping damage on people, nations and the environment,” he said.

He also stressed that prayer was essential for “awakening the sensitivity of Catholics to the tragedy occurring on Ukraine’s territory,” but acknowledged it was inevitable some bishops across Europe’s 45 countries held different views on the war.

“My own Lithuanian perspective is based on my own country’s 50-year Soviet occupation. Much of what’s happening today, including the mass deportation of Ukrainians to Siberia, strikingly resembles what happened then,” he said.

“In my youth, I tried to explain to Western people what hostile occupation meant, and to some degree I’m doing the same now. Back in 1989, Lithuanians were warned not to rock the boat or disrupt the Soviet Union, and I think some people still hold the same attitude, hoping Ukraine will give up, let Russia take over and return to Soviet-era occupation. In the end, it depends on whether you really believe in people’s right to freedom and self-determination,” he said.

Archbishop Grušas told Italy’s Avvenire daily July 21 that a European Day of Prayer for Peace would be marked Sept. 14 in parishes and dioceses.