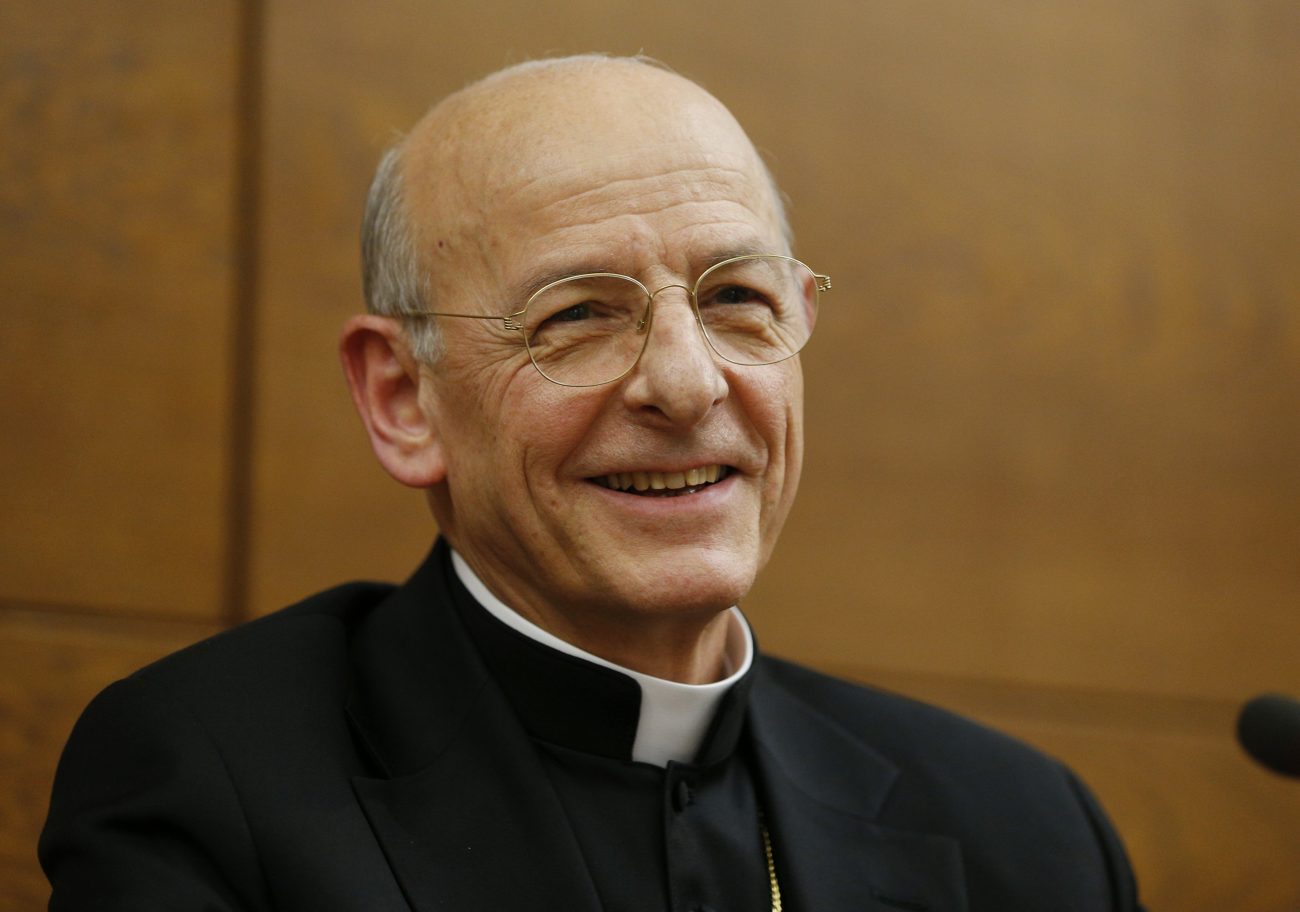 Spanish Msgr. Fernando Ocariz, prelate of Opus Dei, is pictured during a media opportunity at the University of the Holy Cross in Rome Jan. 24, 2017. Saying he wants to highlight the gifts and evangelizing mission of Opus Dei, Pope Francis says the organization will work with the Dicastery for Clergy, rather than the Dicastery for Bishops. (CNS photo/Paul Haring)

VATICAN CITY (CNS) — Saying he wanted to highlight the spiritual gifts of Opus Dei and its contributions to the Catholic Church’s evangelizing activities, Pope Francis said it will now work with and answer to the Dicastery for Clergy, rather than the Dicastery for Bishops.

In the apostolic letter “Ad Charisma Tuendum” (“For the protection of the charism”), released by the Vatican July 22, Pope Francis also said the head of the personal prelature of Opus Dei “will not be made, nor will he be able to be made” a bishop.

Msgr. Fernando Ocáriz, who was elected prelate of Opus Dei and approved by Pope Francis in 2017, said that while the first two prelates of Opus Dei were bishops, “the episcopal ordination of the prelate was not and is not necessary for the guidance of Opus Dei.”

Pope Francis said his decision was meant “to strengthen the conviction that, for the protection of the particular gift of the Spirit, a form of government based more on charism than on hierarchical authority is needed.”

“The pope’s desire to highlight the charismatic dimension of the Work (Opus Dei)” rather than its hierarchical structure, “now invites us to reinforce the family atmosphere of affection and trust: the prelate must be a guide but, above all, a father,” Msgr. Ocáriz said in a statement July 22.

In his letter, issued “motu proprio,” or on his own initiative, Pope Francis said that when St. John Paul II established Opus Dei as the first personal prelature in 1982, he did so to safeguard its charism, particularly its contributions to the church’s evangelizing mission by “spreading the call to holiness in the world, through the sanctification of work and family and social commitments.”

Unlike a diocese or territorial prelature, a personal prelature unites clergy and laity committed to the same missionary or apostolic work. It can have its own seminaries and priests, as Opus Dei does.

Pope Francis noted that his new constitution on the Roman Curia gives the Dicastery for Clergy responsibility for relations with personal prelatures, “of which the only one so far erected is that of Opus Dei.”

Opus Dei counts about 93,400 members, of whom about 2,300 are priests incarnated in the prelature; another 2,000 priests are associated with Opus Dei but remain attached to their dioceses.

NEXT: Pope’s Canada trip: Beginning and ending with ‘sorry’