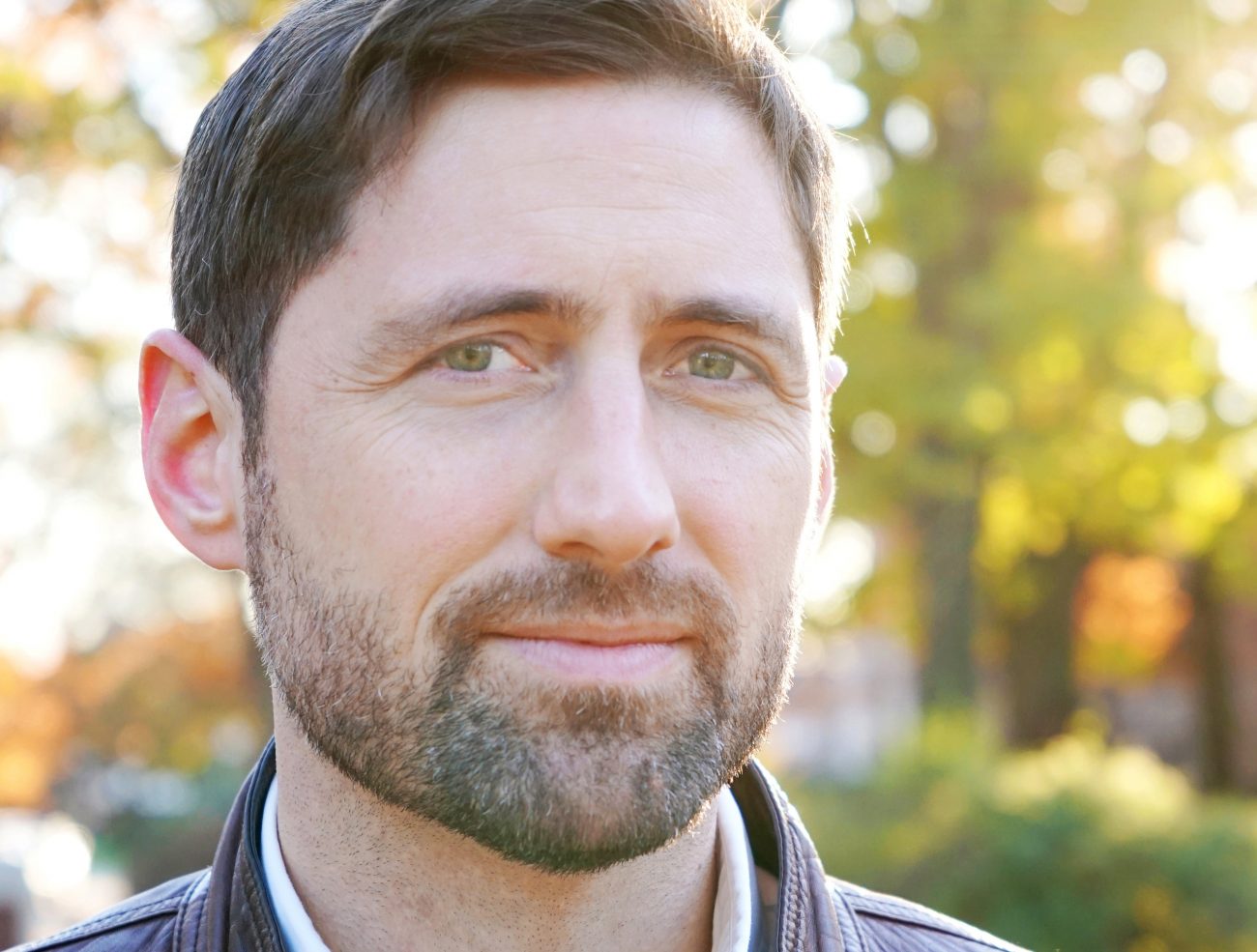 Phil Klay is pictured in this undated photo. He is a Catholic author whose works include the New York Times best-selling collection of short stories "Redeployment." (CNS photo/courtesy Hannah Dunphy)

Obama’s choices were just more in a series of accolades for Klay, a Catholic writer who has carved a special niche for his fiction, short stories and essays. In many cases, Klay writes about what war, armed conflict and bloodshed do to the human soul.

Before turning to writing, Klay served as a public affairs officer with the U.S. Marine Corps and was posted to Iraq’s Anbar province, where he served a 13-month tour. After his discharge from the military in 2009, Klay entered Hunter College of the City University of New York and obtained a Master of Fine Arts degree in creative writing.

“Redeployment” is a series of short stories drawn from combat experience in Iraq. In addition to garnering a National Book Award, “Redeployment” marked Klay as a writing force to be reckoned with.

In interviews with CNS over the past several months, Klay talked extensively about how his Catholic faith has influenced his writing.

“My Catholicism informs the questions I want to ask in fiction and the aspects of literature that are most vital to me,” Klay said. “I think the best writing isn’t simply about psychological or moral struggles, but spiritual ones as well. I take the role of ritual and community seriously. I see us as broken people in a fallen world, but I believe in the possibility of grace, of redemption, and so I do not see the comfort of despair as an option. (Gerald Manley) Hopkins told us that the world is charged with the grandeur of God. I would like to think he was right.”

Since his success with “Missionaries” and “Redeployment,” Klay has gained more notoriety as a Catholic-influenced writer. At a recent reading at a bookshop in New York, Klay suggested Catholic writers are those who present the faith in their fiction in a serious way and who strive to see Catholicism inform their creative imagination.

This does not mean, however, that Catholic authors write primarily about catechism, theology, spiritual conflict or the lives of priests and religious.

“It’s not explicitly Catholic material that makes a Catholic writer,” Klay told CNS, “but it’s in the approach to the world and in the attitude toward human beings.”

Some commentators have suggested that his military experience changed Klay from a professional soldier into a writer. The author, however, has a few qualifications on that particular assessment.

“I think what changed for me was the attitude I took toward writing,” Klay said. “It became less about trying to create a beautiful work of art than about desperately trying to communicate something that felt vital for me, even if I wasn’t sure what exactly it was until I’d written it into a story.”

In discussing his choice of the word “missionaries” to title his 2020 novel, Klay said it was based only peripherally on the idea of Crusaders spreading the faith “to all the nations.” Rather the “Missionaries” title has a variety of associations relevant to the concerns of the book such as the role of faith — whether in God or in progress — or in a variety of other things that people use to satisfy their spiritual longings.

“Missionaries” focuses on American involvement in the ongoing drug wars in Colombia. Told from four personal perspectives, the story also highlights the frequently glossed over suffering of powerless civilians in battle zones and sheds light on the multinational component of even localized armed conflict.

Similarly, in the short story “Prayer in the Furnace” in “Redeployment,” Klay raises the thorny issue of where to find grace and meaning in times of war.

In May, Klay released “Uncertain Ground,” a 15-essay collection examining the soul of America after 20 years of the “forever wars” in Iraq and Afghanistan. One essay, “Tales of War and Redemption,” offers sobering thoughts on the examination of conscience for believers and nonbelievers alike.

“You can accept the miraculous or not,” Klay writes. “Either way we remain both blessed and guilty, obliged to absorb the full radiance of the world and to accept the consequences of our failings as people, as members of churches, as members of nations. To take our obligations to our fellow man seriously means knowing we will never be able to adequately respond. It means knowing, at all times, that we should be moving toward a revolutionary change of heart, for the strength to act more fully, directly, and powerfully in relation to the agony existing not just overseas, but in the divided communities where we live. It means knowing we will fail, and knowing the glory of creation is there for us anyway. It means accepting that being responsive to suffering and attuned to joy are not different things, but one and the same.”

How does Klay respond to the question of war and bloodshed’s impact on humanity and religious faith?

“I think horrible situations don’t necessarily destroy faith, or spark it — as in the old, false saying about how there are no atheists in foxholes,” Klay told CNS. “But extreme experience can force people to confront their beliefs about the world, about morality, about other people and the meaning of existence.

“Horror is right at the center of the Christian faith, after all. We’re accustomed to the sight of Christ on the cross, but imagine how the sight must have struck the apostles. This is not a faith for those who want to avert their eyes from horror or pretend that only bad people experience bad things. But that’s also part of its power. So yes, belief in the face of horror, or belief in response to horror, are of concern to me.”

A native of White Plains, New York, Klay grew up at Our Lady Queen of Sorrows Parish and attended Regis High School, an “all-scholarship” Jesuit-run institution. He went on to obtain an arts degree from Dartmouth College in Hanover, New Hampshire.

Klay is now a visiting professor at Fairfax University in Connecticut. He also serves as an adviser to the board of directors for Arts in the Armed Forces, an agency supporting the U.S. military community by discussing their shared experiences through film, theater and the written word.

Mastromatteo is a writer and editor based in Toronto.