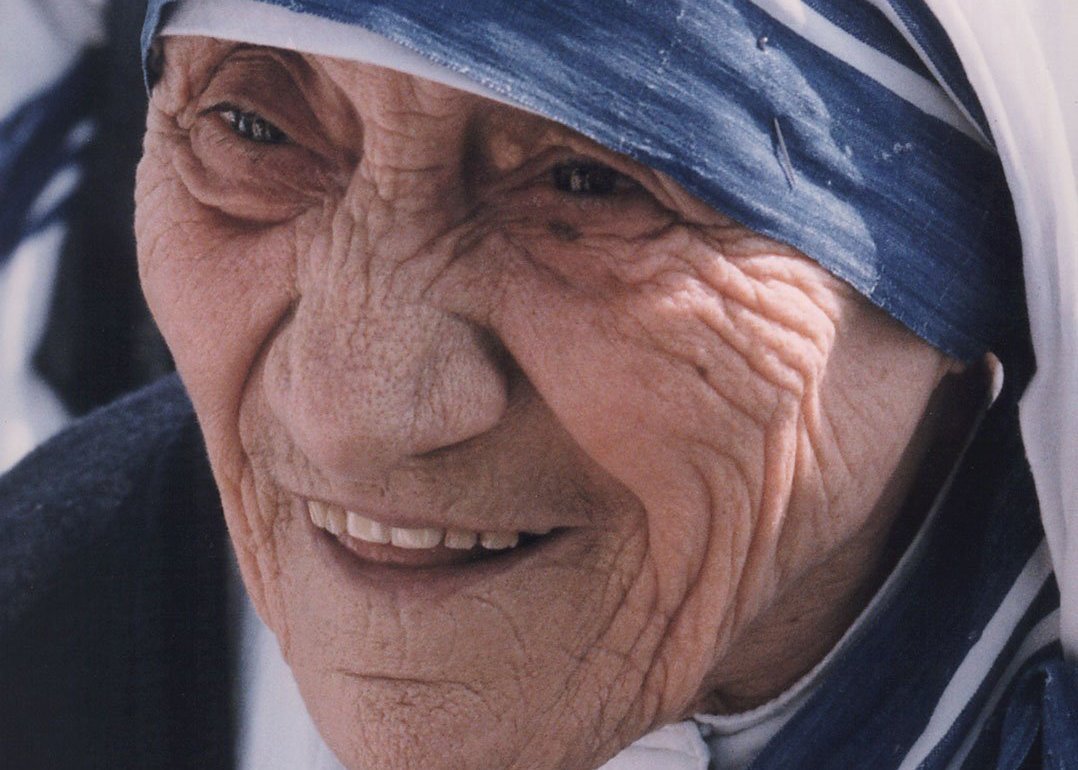 St. Teresa of Kolkata is seen in this 1995 file photo. Ukrainian President Volodymyr Zelenskyy thanked Albanians for supporting Ukraine in the war with Russia and compared their help to the actions of St. Teresa. (CNS file photo/Joanne Keane)

VATICAN CITY (CNS) — With St. Teresa of Kolkata’s death 25 years ago, there is an entire generation of young men and women who did not see much about her life and legacy, serving “the poorest of the poor.”

That meant it was time to put her back in the spotlight, said a panel of those who were promoting a new documentary about the life of this saint, known popularly as Mother Teresa, who founded the Missionaries of Charity.

At her beatification in 2003, St. John Paul II called her a “courageous woman whom I have always felt beside me.”

Mother Teresa was “an icon of the good Samaritan” who went “everywhere to serve Christ in the poorest of the poor. Not even conflict and war could stand in her way,” the late pope said.

Supreme Knight Patrick Kelly said at a news conference hosted at Vatican Radio Aug. 31 that the Knights made this film “to reach a new generation with the witness and example of Mother Teresa” and to inspire them.

Produced by the Knights of Columbus, “Mother Teresa: No Greater Love,” had its Vatican premiere Aug. 31, ahead of its release to more than 900 theaters Oct. 3 and 4.

“Thank you for all the efforts made to capture the life of this saint, whose life and testimony have borne much fruit,” wrote Pope Francis, who canonized her at the Vatican in 2016.

“Thank you for promoting this type of initiative that helps, in a creative manner, to make accessible the zeal for evangelization, especially for the young generations promoting the desire to follow the Lord who loved us first,” the pope said in an Aug. 25 letter written to Kelly, replying to news of the Vatican premiere.

Mother Teresa was born Agnes Ganxhe Bojaxhiu to Albanian parents in Skopje, now capital of North Macedonia, on Aug. 26, 1910. On Sept. 5, 1997, she died of cardiac arrest at the motherhouse of the Missionaries of Charity in Kolkata, India.

The documentary, by Emmy award-winning filmmaker, David Naglieri, features archival footage and interviews with dozens of commentators who knew Mother Teresa personally. It was filmed on five continents, providing interviews with many Missionaries of Charity and offering on-the-ground images of their work following in Mother Teresa’s footsteps, serving in what Cardinal Seán P. O’Malley of Boston called “the most hellish places” on earth to “bring the light and the love and the mercy of God.”

The cardinal was overcome with emotion at the news conference, recalling attending a talk Mother Teresa gave in the 1960s before her work was widely known and when he was still a young brother preparing for ordination as a priest of the Order of Friars Minor Capuchin.

He said, “this was one of the most inspiring talks I ever heard in my life.” He and the small number of people who had come to hear her speak, he said, “we were all weeping after a while, we were aware that we were in the presence of holiness.”

The documentary shows the work Mother Teresa inspired and, “when she was feeding the hungry or holding the hands of someone as they lay dying, she was treating them as she would the most important person in her life, Jesus Christ himself,” Kelly said in a media release.

“She was teaching us to have a heart that sees, and if we can learn to see as she did, the world would be a radically different and, I would say, better place,” he said.

The trailer for “Mother Teresa: No Greater Love” is available online. For more information about the movie, visit motherteresamovie.com.